Interview: Moana’s Rachel House on Marginalized Voices in Hollywood and the Need for More Female Directors

"In Moana, there’s a wonderful message which is to be brave at the risk of failure." 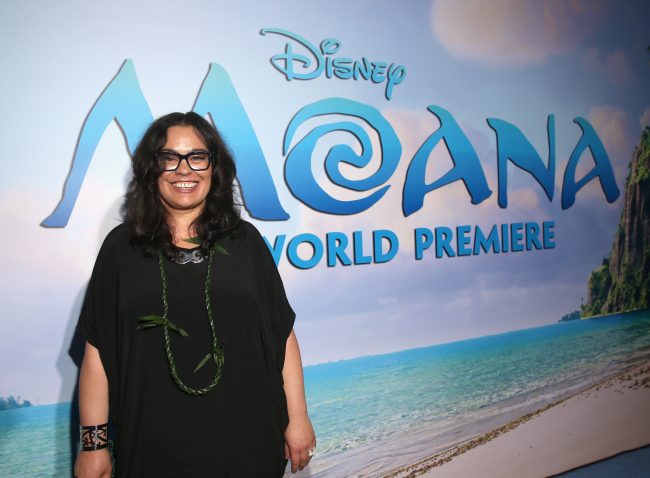 Moana didn’t walk away with the Best Animated Feature award at Sunday’s Oscar celebration but star Auli’i Cravalho won the night with a stunning rendition of “How Far I’ll Go” despite being whacked in the face mid-performance. She is one example of the many amazing people who took part in this inspiring story of a young Māori princess who embarks on a dangerous journey in order to save her people.

Another is actress Rachel House, who plays Gramma Tala in the film. The Kiwi actress has starred in a number of films set in New Zealand and has even branched out into directing theater plays. I spoke with her about the importance of seeing people like her on screen, what it’s like to work with director Taika Waititi and the need for more female directors from her native land.

How does it feel to see a story like Moana on the big screen?

When I first auditioned for it, it was like a dream come true… Not for me to audition, but the fact that our culture was going to be a part of such a popular phenomenon like Disney. I just thought how extraordinary that our young people are going to see themselves for once in this popular platform. I was so excited for our culture. I was thrilled to be a part of it, but I was even more thrilled that we would be represented in a Disney film which hadn’t been done before. So I was very moved, felt quite emotional about it.

Do you think this film will help bring more of those stories to the mainstream?

I hope so. But I also think that there are so many cultures that we don’t know about, that haven’t been explored. And it would be so great to see more of it. I know the effect it’s had on our young kids over here… our young Polynesian kids. I think they just feel validated. They really feel proud of who they are and the culture that they are part of. What a phenomenal young character in Moana to look up to. I don’t think anybody expects that a phenomenon like this will happen again at any time soon in such a popular way but I do know that it’s inspired many young storytellers to start writing and creating their own vehicles… Their own scripts, their own story, their own characters. So that’s exciting.

Do you have a favorite song from the film?

I feel like I’m being a little bit disloyal to all those extraordinary people like Dwayne [Johnson] and Auli’i [Cravalho] in the film, but I have to tell you that my favorite song in the film is “Shiny” performed by my dear friend Jemaine [Clement]. That is my favorite song. And it’s just because I think… Jemaine’s a good mate but I’m also a really big fan of his. So I think he did a phenomenal job and I think Lin[-Manuel Miranda] did a phenomenal job of the style of the song as well.

The soundtrack is so addictive. You can’t stop singing it.

It’s so addictive! Yeah! I love all of his music but that one is a real standout for me. It’s also very Kiwi to be honest. Like it catches the real Kiwi flavor. It’s irreverent and cynical and funny. So to me, it’s a very Kiwi song.

We hear a lot of about New Zealand because of the filming there but what would you want people to know about the country?

It’s beautiful and the people who live here are warm and friendly and accommodating. It’s a beautiful, beautiful country. And people should absolutely come and work here more, but people should just come over and have a look around. It’s a great place. And not necessarily go to all the big cities but actually go away from the big cities and have a look around because that’s where the real beauty lies.

Do you still celebrate Lord of the Rings because of what it’s done in getting New Zealand recognized by the film industry?

Oh yeah, of course! We all embrace it and joke about it because it really did put us on the film map. At the moment, we’ve got Ava DuVernay… She’s down on the south island with Oprah and Reese Witherspoon and Mindy Kaling. People are still coming over here and celebrating the beauty of country so that’s great.

Is there anything you’re watching right now that you’re really excited about?

It’s a funny thing. I had a very small part in Thor: Ragnarok and… lately I’ve been watching a whole lot of Marvel stuff and really enjoying it. But these films I’ve been watching lately…Hidden Figures, I absolutely loved. I absolutely loved Moonlight. I thought it was an extraordinary film. I love Lion. I’ve seen all the big Oscar contenders. What a hard job to decide between those films. Just beautifully crafted, extraordinary performances. It feels like really good films are coming back. They’re coming back in full force. I don’t think that even went away, but it feels like there’s just so many of them at the moment which is so exciting. Telling really interesting stories, too.

Thor: Ragnarok will be your fourth time working with Taika Waititi…

Yeah, it was my fourth film with him. We shot three films together over here. There was one film he made here that I wasn’t in and I’m still not speaking to him about that. (laughs) No, it’s fine. I don’t mind at all… but yeah, the fourth one was Thor and it was so great to watch him manage a huge, giant blockbuster. He was so calm and in his element so I felt very proud of him. [He’s just been named New Zealander of the Year.]

Are you planning on getting into film directing? I saw that you directed a production of Medea.

Yes, I am. A long time ago, I went to film school in Prague and came out of it guns a-blazing, feeling like I’m gonna make all these films. And I haven’t. I’ve directed a lot of theater and acted in a lot of stuff but I haven’t yet made a film. But I have been writing a feature film script for the last four years so I am really hoping to finish that off soon and then fingers crossed making it, too. Who knows. You just never know in these situations. But yes, that’s what I’ll hopefully be doing.

Fingers crossed because that’s what we want in Hollywood. More women directors getting their films made.

Yes we do. We were just at the New Zealand Film awards on Saturday night and one of our prestigious female directors won a lifetime achievemement award. Her name’s Gaylene Preston and she really spoke to that. She said we need more women making film. We need more Māori women making films. Come on everyone! What’s stopping us? I do think, in Moana, there’s a wonderful message which is to be brave at the risk of failure. Don’t worry about failure. Just be brave and do it! And I think women struggle with it. We struggle with it more because we are conditioned that way, I think, to be least brave. So I feel very grateful to be a part of a film like Moana which gives such a strong message to women… and to young women.

Moana will be available on Digital HD and Disney Movies Anywhere on February  21, and on Blu-ray, DVD and On-Demand on March 7.