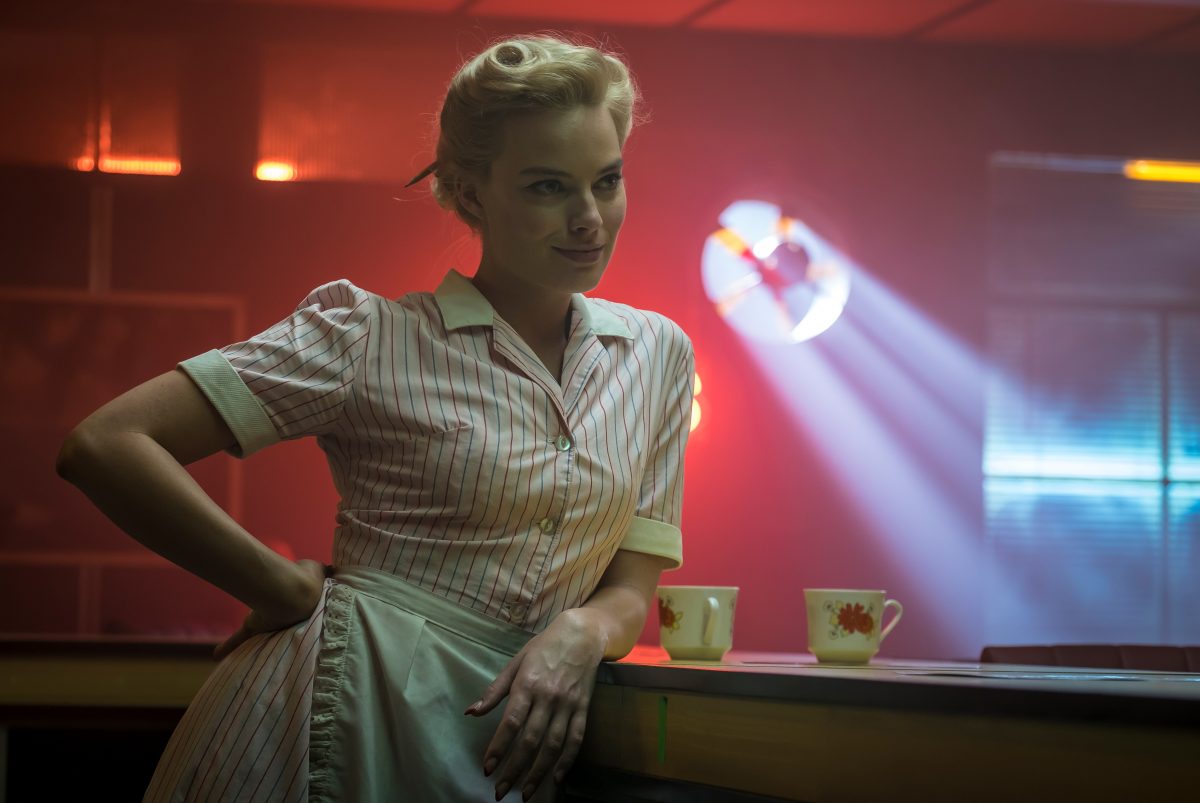 If you were on The Mary Sue’s Instagram yesterday, you may have noticed that I was posting in our story from the Escape Hotel in Los Angeles as I participated in a specially-themed escape room. While my fellow journalists and I didn’t solve the room’s mysteries, we were nonetheless rewarded with the chance to interview the writer/director and stars of the upcoming thriller, Terminal, starring Margot Robbie and Simon Pegg. 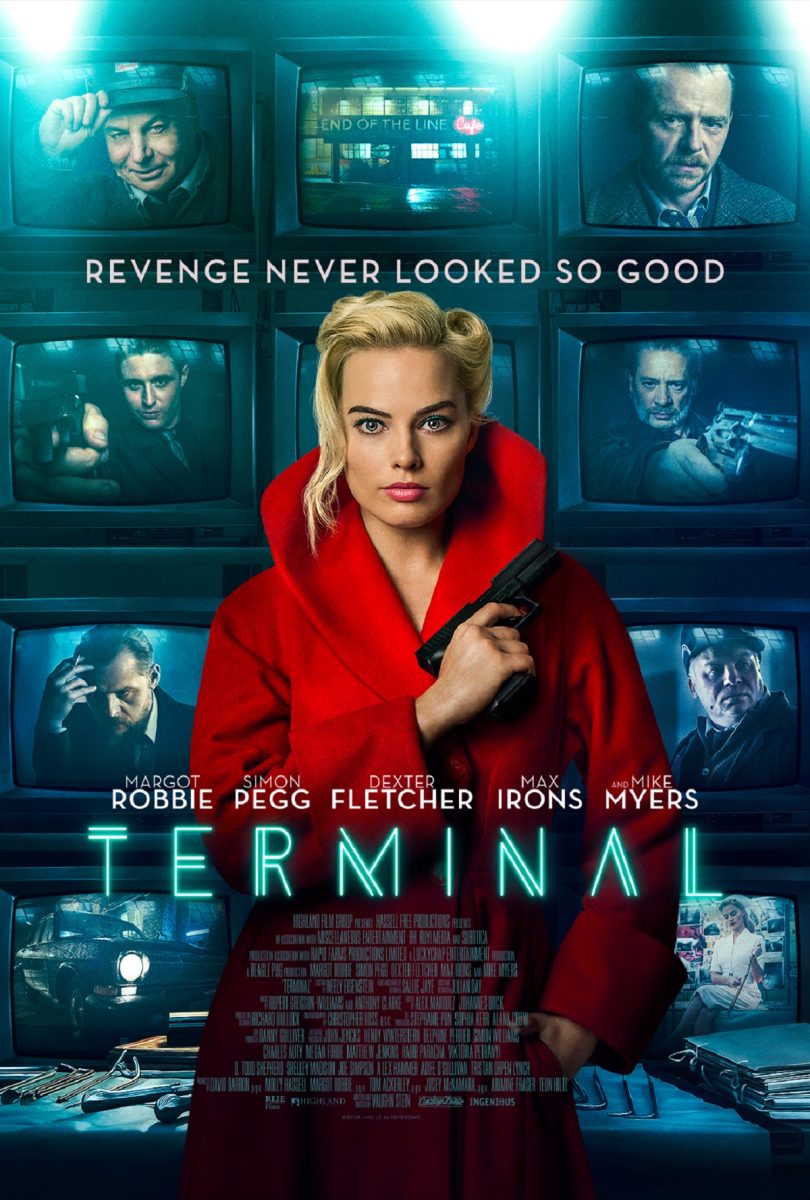 Here’s the official synopsis of Terminal from RLJE Films:

In the dark heart of a sprawling, anonymous city, Terminal follows the twisting tales of two assassins carrying out a sinister mission, a teacher battling a fatal illness, an enigmatic janitor and a curious waitress leading a dangerous double life. Murderous consequences unravel in the dead of night as their lives all intertwine at the hands of a mysterious criminal mastermind hell-bent on revenge.

The film marks writer/director Vaughn Stein’s feature film debut, and gave him the chance to combine several of his great loves into one piece of art.

“[Terminal] was born out of three unhealthy obsessions of mine,” Stein explains. “I love film noir, the evolution of noir and what it’s sort of branched out into. I love…literature and incorporating the aesthetics of the dark fairy tale and the sensationalized graphic novel palate. The world sort of came first, really. I loved the idea of creating this vast, anonymous city and populating it with these noir-esque, inspired characters that were vibrant, funny, and dangerous, then setting them around this linchpin of this amazing woman who can be anything and pull everyone in her web.”

Stein got to know Robbie socially through mutual friends when they were both living in London. Robbie used to live with her production partners, who are “first and foremost friends,” who’d worked with Stein on film sets. She first came across the script for Terminal when it ended up on her kitchen bench. “I read it, and I was like This is so weird, I love it! I love it so much!,” Robbie enthuses. “It’s so dark, and these dialogue scenes are just going on for pages and pages, and that never happens in a script. And at the time, I’d really been wanting to do a play, and I felt like I was reading a play.”

Newton Faulkner, who wrote original, Alice in Wonderland-inspired songs for the film, was also a friend of the group, giving the whole production a feeling of family.

Stein credits Robbie for helping to take his script where it needed to be, saying that once she approached him to make it “Margs helped develop the script exponentially. Made it so much better. We really honed it, and brought in all these ideas that I never would’ve been brave enough to put in in the first place.” Meanwhile, Robbie says she basically just coaxed those deeper ideas out of him and encouraged him to include them. 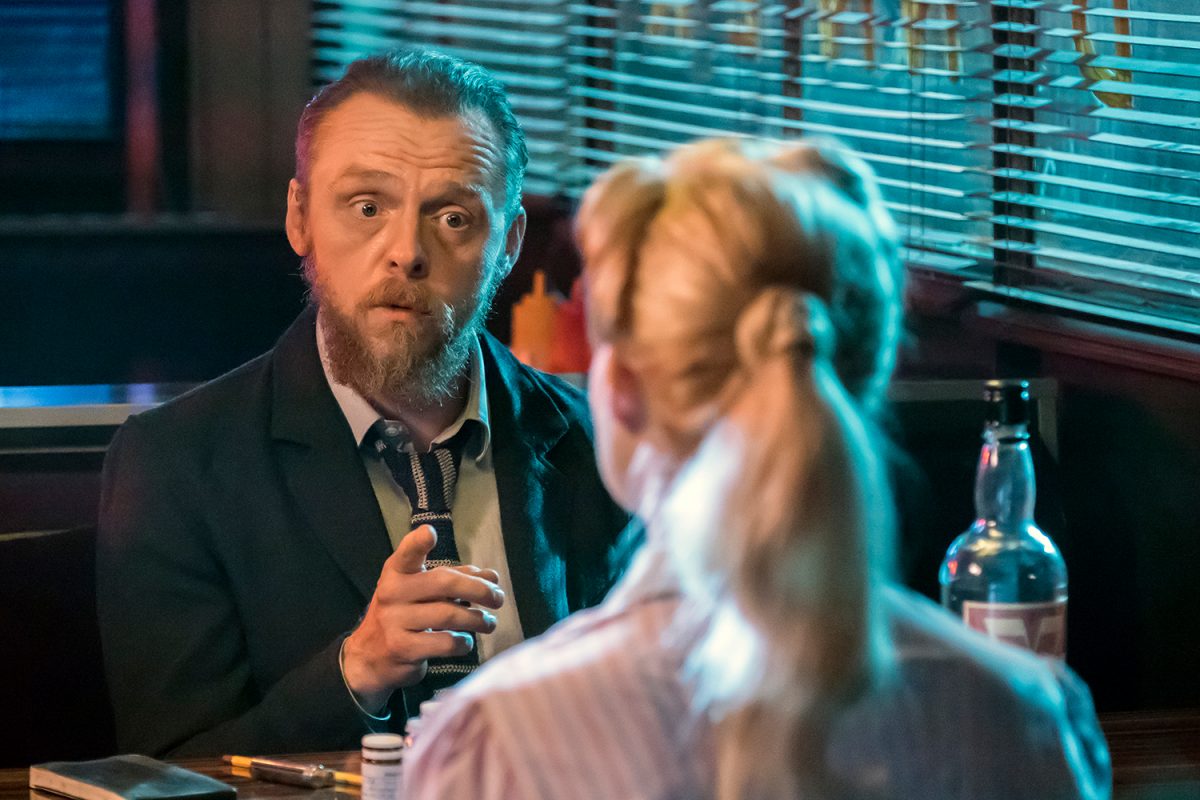 As for Simon Pegg, who did not know the group prior, the feeling of these friends banding together to make this small film they believed in was a huge part of the draw for him. When asked if he had any input into the script, being an accomplished writer himself, he said that he didn’t, really.

“One of the reasons I signed on was that I really liked this,” Pegg says. “This is really a interesting, strange idea, and the fact that these people just came together and said We’re gonna make a film, you know?” Pegg insists that, while Stein is a very collaborative director, that he was primarily there wearing his acting hat. “I like giving myself over to a director who has a specific vision. That’s sort of the job of an actor sometimes. You provide yourself to them as a tool that they can use to create what they have written.”

The other big draw? His co-star. “Margot was attached,” he explains. “Which means that a) I get to work with Margot, who I very much admired. And b) it meant that it would probably get made as well.”

Terminal is an extremely subversive film, and without getting spoilery, I think it’s safe to say that it ends up not being the film you think you’re going to get when you sit down and watch it. I wondered what it was about Stein’s influences (film noir, fairy tales) that led him to this particular story, and the creation of Robbie’s character, Annie.

Stein seemed thrilled that I asked about this, as his goal was absolutely to take a feminist approach in creating the character.

“It’s really interesting, because classic noir has a lot of pretty feminist tropes,” he says. “There are a lot of strong women in noir, and there’s also lots of manipulative, criminal women in noir who use their wiles and their charms and are intelligent and dynamic women. And that’s sort of faded away after the height of classic noir era. It’s something that I really loved, and I really wanted Annie to be at the center of the web. I wanted her to be able to use all the conventions and tropes of noir and what men wanted her to be to sort of manipulate their fantasies.”

That manipulation, Stein stresses, “in service of her purpose. It was her agency. They were very much Annie’s decisions that sort of sent the film in motion. It all centers around her. For me, I really wanted to make that role real. And having someone as unbelievable as Margs in the role to elevate it far beyond anything I’d ever write was a dream come true.”

Terminal is indeed a bonkers little film, and Pegg believes that its subversive quality only gets better with a second viewing.

“There are decisions that Margot made as an actress that you won’t notice until you see the film a second time,” Pegg explains. “Once you realize exactly what’s going on and start to decide who’s who, and where, and why. And that’s all really interesting. It’s one of those films that deserves to be watched more than once so you can readdress it with the full knowledge of what’s going on, for every character.”

“I love being surprised,” Robbie says. “I obviously read so many scripts, and a lot of them follow the three-act structure, and a lot of them are very formulaic, and I know what’s going to happen, and I’m bored and disengaged and I don’t find myself thinking about it afterwards. And then there’s this script like I, Tonya, like Terminal, that seem to be breaking rules. I get a real thrill out of seeing rules be broken.”

“It is for me, annoyingly,” Pegg jokes.

“Your time will come,” Robbie said, patting him reassuringly.

Terminal arrives in theaters and on Digital VOD FRIDAY.