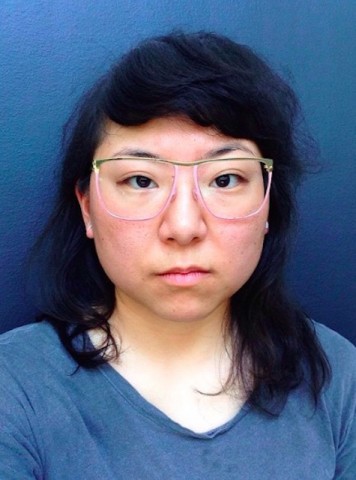 It’s evident to many that Steven Universe, that kids’ cartoon about a young boy with many mothers, is one of the most progressive and subversive shows on television. As part of similar “children’s programming” like Adventure Time, Regular Show, and Gravity Falls, SU uses its titular character as a gateway to exploring themes like motherhood, PTSD, and love of all forms and functions, all in ways that aren’t condescending, preachy, or wildly underserving its target audience.

A large part of its success and appeal is due to the diversity, of all kinds, inherent in its team. Dubbed “Steven Crewniverse,” the artists and writers who work on the show come from all sorts of racial, ethnic, sex and gender, and socioeconomic backgrounds. Many of them bring their own voice and style into their work on the show; such is the case of former storyboarder Hellen Jo. Her route to the show, from creating autobiographical comics to working in one of the biggest animation networks around, and for a year on one of its most acclaimed and beloved shows no less, was a reflection of her own journey. Much of Hellen’s work centers on Asian American girlhood, grossness, and body horror — all themes that influenced her work on Steven, and give birth to vibrant, violent, and confrontational art outside of it.

We caught up with Hellen in Los Angeles, where she lives and is currently working on freelance and personal work, to discuss new models for sharing your art, consolidating personal/professional styles, and the impact of Steven Universe.

The Mary Sue: How did you get involved in comics and illustration? What were some of your influences growing up?

Hellen Jo: I’ve been drawing since preschool, copying whatever manga and manhwa my Korean relatives would give to me. In high school, I read terrible newspaper comics exclusively, as I had never seen a graphic novel or zine before, but once I moved to Berkeley for school, I was quickly exposed to all of the great alternative comics that inspired me: Love & Rockets (especially Xaime Hernandez’s “The Death of Speedy”), Dan Clowes’ Eightball, Charles Burns’ Black Hole, Julie Doucet’s My New York Diary and Dirty Plotte comics, Taiyo Matsumoto’s Black and White. I also started to read a lot of Japanese horror manga, including work by Suehiro Maruo and Junji Ito, which spurred my interest in body horror and gore.

TMS: So much of your work deals with Asian/Asian American women/girl identity. When did you land on that as the locus of your work, and why?

Jo: In the early 2000s, there weren’t very many comics that had Asian American female characters in their stories, and of those few, many came from a place of cute, pop, bubblegum shit. Now I see that those are all well and good, but at the time, I was pretty disappointed that you couldn’t find many gross, vulgar, rude, mean, dirty, apathetic, petulant shithead girls at the fore.

I was a young selfish person (now I’m an old selfish person), and I wanted to see MYSELF in a comic, so in an ultimate power move, I just started making comic zines about annoying, unpleasant but (hopefully) likeable layabouts that were clearly stand-ins for myself. Eventually that evolved into paintings and illustrations where I would try to lay out a narrative moment with many of these girls and women, which would convey all the frustration, boredom, and nihilism I felt throughout my youth and adolescence.

TMS: How do you see peoples’ perceptions of your work change between the print and digital mediums?

Jo: I work mostly in watercolor and brush pen, so whatever “digital work” of mine that exists is usually just a scanned version of those watercolor paintings, or inked comic pages, or scanned pencil drawings poorly colored in Photoshop. I don’t know if I can speak to how the viewers’ own perceptions of my work change, whether they see it in print or on a screen, but I feel like it is equally well-received.

TMS: How do digital sharing and feedback inform your work, in terms of identity and style?

Jo: The internet has definitely helped spread my work far and wide (I don’t have a Tumblr, but my shit gets re-tumbled like crazy), and I love that people beyond the small world of indie comics have come to see and recognize (and identify with!) my drawings.  Many times people will approach me at festivals with expressions of dawning recognition, and say, “I saw this on Tumblr! I’m glad I found you!” and all I can feel is grateful.

TMS: How did you go from producing physical comics into storyboarding for Steven Universe?

Jo: The creator of Regular Show found my old comic, Jin & Jam, and my boyfriend Calvin Wong’s comic Ramble On at San Diego Comic-Con years ago. He offered Calvin a storyboard test, then a job, for which he left behind a career in user interface design/programming. Eventually, Regular Show hired me to do storyboard revisions; at the time I had just dropped out of school a second time, and I was making a meager living doing intermittent freelance and private commissions.

It was quite a culture shock, to say the least. Eventually, I moved on to storyboards, and Rebecca Sugar asked me to do some revisions on the Steven Universe pilot (I cleaned up a lot of the drawings of hands!). Later I took a board test and joined the crew at the end of the first season, eventually boarding ten episodes with the most excellent artist Lamar Abrams.

TMS: When you began working on Steven Universe, were you conscientious of if people connected your personal work to your show work?

Jo: I don’t know if people do connect my personal work to my television work, because I myself have always viewed them as two distinct and separate things. For one thing, nothing I have ever worked on in television looks remotely like my personal drawings. For another, I view television as a job, a means to an end. I do have enthusiasm for my jobs, and of course, a storyboard artist’s voice is always a part of each episode, but honestly, my day jobs and my personal work occupy different spaces in my mind and in my soul.

And most importantly, the audiences of each medium are incomparable, at least in terms of numbers. I estimate that MAYBE three or four thousand people on God’s green earth have ever read my comics or seen my paintings and known my name, but every episode of Regular Show or Steven Universe will easily pull between 2 and 4 million viewers, most of whom are really not aware that anyone who has ever worked on that episode could possibly exist outside of it.

TMS: How have you seen people perceive your work on the show in particular? You definitely have certain signature elements on the episodes you work on. (ex. “Fusion Cuisine,” “Watermelon Steven,” “Future Vision”)

Jo: Haha oh lord, I have seen a small but vocal minority rip my episodes to shreds. They hate me for small, strange reasons, attribute whatever perceived incongruities or mistakes all to me alone, and they love to call me “The Asian,” which … I guess I am! It’s a pretty typical response to a cult show fiercely beloved and even more obstinately protected by its fans, but it was pretty hard to stomach for a while. However, I have seen many lovingly rendered fan art drawings based on specific jokes I wrote or moments I boarded, and it helps to remind me that it wasn’t all in vain! 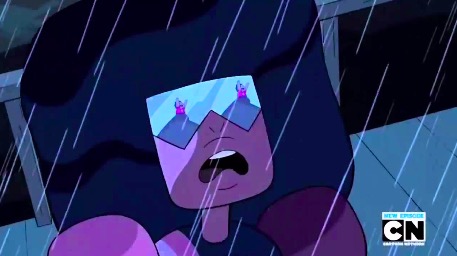 TMS: How does the Steven Universe crew manage to push so many boundaries, especially when it comes to issues of racial diversity and sexuality?

Jo: Rebecca Sugar managed to create a show that addresses so many different issues of identity by carefully selecting an incredibly diverse crew of artists and writers and production staff to work on the show. A show is only as good as the people making it, and the best shows pull from a variety of voices.

TMS: Why do you think Steven Universe has become such a cornerstone for modern animation fans?

Jo: Steven Universe is the definition of an ensemble show. Each and every character is as distinct in design and appearance as they are in personality. No matter who watches the show, they will find a character that speaks to them, that they can relate to or identify with.

TMS: What are you up to next?

Jo: After I left Steven Universe, I went to FOX ADHD as a character designer on Ben Jones’ show, Stone Quackers, and I boarded and designed and painted on SQ spin-off, GOTHBALL. I’ve also done some storyboard and character work for a project in development at Cartoon Network (not my own).

Right now, I’m taking a television break to work on several projects: I just started translating the amazing graphic novel Uncomfortably, Happily by Yeon-Sik Hong, for Drawn & Quarterly, I am doing advisory work for next years Illustration Conference (ICON), and I’m working on some personal comics and illustration.