People didn’t expect Tyler Perry’s BOO! A Madea Halloween to do as well as it did, but that seems to be the case with a lot of films featuring a predominately black cast (looking at you, Hidden Figures). The story centers on the matriarch being asked to watch her nephew’s teen daughter who wants to attend a frat party down the street. This all happens on Halloween, the night when spooky things tend to occur. Surrounded by her crew maede up of Bam (Cassi Davis), Hattie (Patrice Lovely) and Joe (Perry), she’s prepared to take down the ghosts and ghouls popping up around town.

In honor of the film’s home video release, we talked to star Diamond White about working with Tyler Perry as well as her goals for true diversity in Hollywood. And because this interview took place on Martin Luther King Jr. Day, we also talked about his legacy today and whether or not some people are getting the message wrong.

The Mary Sue: What do you think about MLK’s legacy in pop culture today and do you think people are misinterpreting his words?

Diamond White: I think he definitely still resonates with the people who actually pay attention to what he was saying. I feel like, especially with the way that the world is changing now, if his message was not interpreted correctly, I’d really like for us to go back and search and really think about what he was saying and put it motion. Because the changes that we’re experiencing in the world right now are pretty drastic. I’m really upset that Obama is leaving and I honestly don’t know what to do. It’s causing me anxiety that he is leaving because he was such an amazing president…It’s a time of transition so if there was any moment that we would need to focus on Martin Luther King’s words, I feel like it would be now. So hopefully that happens. 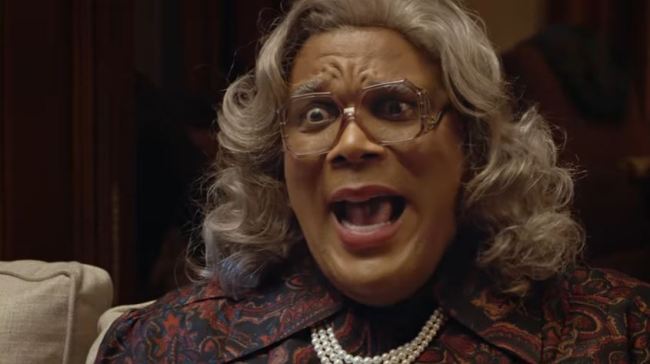 TMS: Tyler Perry has been lauded for employing a lot of black actors in his films, but also criticized for adhering to stereotypes. What’s your take on his work?

DW: I think that, especially with [Boo! A Madea Halloween], it was such a diverse cast and it was bringing a new generation onto the Tyler Perry bandwagon because there were a lot of social media influences and people I had watched on YouTube. I feel like that brought another generation and another audience to his film. I know that he’s does take chances on newcomers like myself. I had never done a feature film before and he decided to take a chance on me and I was like the smallest fish in the cast. I’m still growing my career and I’m still learning a lot and the fact that he took a chance on me out of all the of the people he read to play his daughter was amazing and I’m so grateful.

TMS: You’re also a singer. Is that the new landscape of Hollywood? The idea that you can’t do one thing, you’ve gotta do everything?

DW: I think that if you want to step out of the lane that everyone thinks you belong in, then go ahead and do it. Nothing’s stopping you from doing as many things as you want. And a lot of the times, when you do do a lot of things and people don’t know what’s really going on, it’s important to not listen to all the people that are telling you that you have to stay in this lane. Especially now because stereotypes are so annoying. It’s like, I can do anything that I wanna do if I put my mind to it. Just let me be creative and express that.

TMS: We ask a lot of our creatives, especially now, in terms of speaking out and getting political. Do you feel any pressure to do that?

DW: I don’t really feel pressured. I’ve always been a really opinionated person and I think that just with listening to other artists and people who inspire me, there’s always a message behind it. I was never one of those people to like the music that isn’t really talking about anything. But I don’t feel pressured to talk about anything specific. I just write from experience and if something affects me that is political and it is affecting everyone else, then I try to incorporate that in what I’m creating.

TMS: Right now, everyone’s talking about diversity in Hollywood. Some have argued to speak out while others say let the work speak for itself. Where do you fit into this conversation?

DW: I always like to see diversity. I always cheer on the underdogs because I am one and I have been one for so long. Especially with acting, I don’t want it to be one of those things where it’s like oh we have to make it diverse…But I want it to be a conscious choice of why not make it diverse? It’s not a bad thing to have diverse projects. I don’t want the industry to feel like it’s forced and we’re gonna be looked down upon if we do this. We should do it anyway, it shouldn’t even be a thought. It should be something that we do…like we put on pants, you know? It should be a normal thing. It should be something that we do naturally and not have to put so much pressure on.

You’ve got a single out called “Chainsmoker.” What else are you working on?

Right now, I’m actually working on…I don’t want to call it an album but I’m just calling it a tape. I am finally dedicating the majority of this year to recording and making music because I feel like any time there is an African American girl who is doing music, you’re automatically gonna get compared to Beyonce or Rihanna and I think for me, those are great comparisons but I am a different entity…It’s taken a lot of time to think about the direction I want to go into and especially with turning 18, I can write about real things. I can talk about real things. And I think it’s important to carry a sense of strength with you, especially being an African American girl who…People expect you to be so many things. They expect you to be R&B. They expect you to be hip hop and I am just trying to change this whole stereotype about that because just because my skin is the color that it is, it doesn’t mean that you have to put me in a box before you hear what I’m saying. So that’s something that I really want to get away from.

Boo! A Madea Halloween is out on DVD, Blu-ray and Digital HD on January 31.