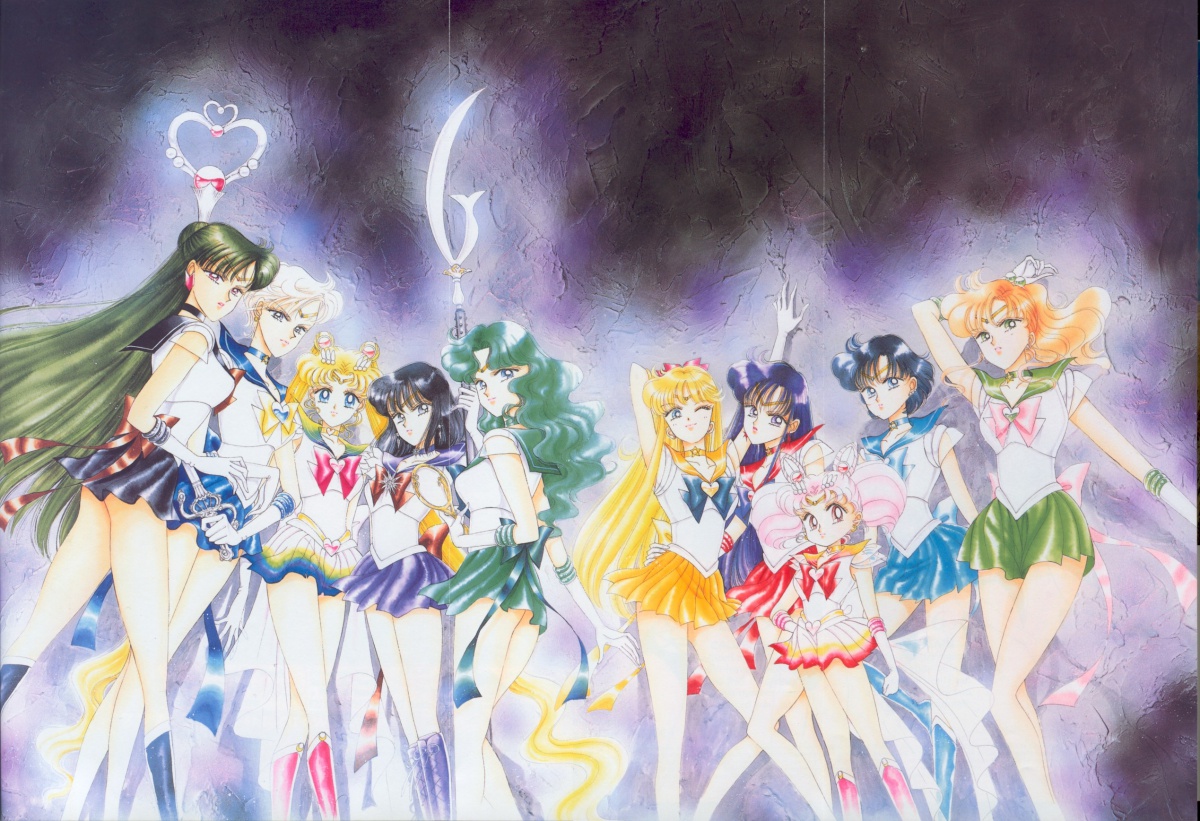 I found out that today was International Sailor Moon Day, so of course, I had to whip up something in honor of the MVP of magical girl series: Bishōjo Senshi Sērā Mūn.

Without exaggerating, Sailor Moon is probably the most important franchise to me in the world. The original manga, the 90s anime, Sailor Moon Crystal, Pretty Guardian Sailor Moon the live-action series—all together, they weave the tapestry of a series that has been my emotional anchor since I was a young girl.

I was introduced to Usagi Tsukino ( although if we are being honest the first name I knew her by was Serena) when I was around the age of seven years old. Just like the titular heroine, I loved food, was bad at math, and was known to be a cry-baby. While Xena was aspirational in a bad-ass way I could not emulate, despite the fact that I was not a magical moon Princess, there was a lot about Usagi that was attainable as a heroine.

Her superpower was her kindness: the fact that she believed in people and could inspire peoples through her ability to see the good in others. Many viewers will often argue that “such and such” would be a better leader because they are a badass—well, no offense to Mars, Venus, Uranus, or any other Scout—but the reason that Usagi is the leader is because she is the one who cares about everyone, who will fight for everyone, and won’t leave people behind.

She may cry, she may fumble, but Usagi will fight for you till the bitter end.

I do plan on writing about the differences between the different adaptations, and which I think is the best, but for today, let’s just celebrate our favorite things from this awesome franchise. My contribution is this iconic scene from Sailor Moon R: The Movie (the best one to be honest): the epic showdown between the Scouts and the Doom and Gloom Girls, and Sailor Pluto just being a gangster.