Are You Reading This Aloud in Your Head? Probably, and a New Study Could Explain Why

You can't stop now noticing it now, can you? 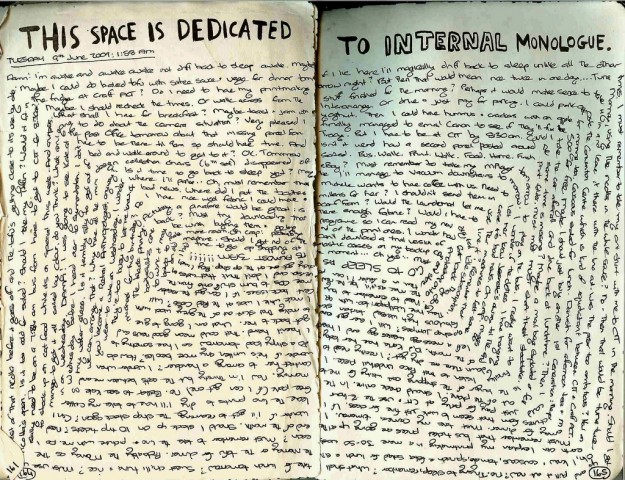 Reading, planning, realizing the twelve good comebacks you could have used in that argument earlier — by and large, people “hear” themselves speak in their own head, even when they’re not actually speaking. A new study in Psychological Science by Mark Scott examines the phenomenon, finding that there may be a psychological significance to this trait.

A brain signal called corollary discharge aids us in separating the experiences that we produce from those provoked by external stimuli. You know how you can’t tickle yourself? This signal is why — it basically provides a prediction for what we are about to do, so that the surprise of the tickling sensation doesn’t occur when it’s your own hand. Scott’s study found evidence that whenever we talk, this mechanism produces an internal copy of what we’re hearing. By predicting the sounds that we’re about to hear, because we’re the one producing them, our brain is still primed to hear other sounds that we don’t expect.

Scott suggested that this parallel internal version of our speech is produced even when we don’t actually speak. He tested the impact that external sounds had on people when they produced an internal sound that matched the external one and when they didn’t. The theory was that if the internal prediction from the corollary discharge matched the external stimuli, they’d cancel out much like tickling. As it turns out, the data showed that if what we hear in our heads matches an external sound, we don’t notice it as much. So, yeah, pretty much spot on.

Beyond just explaining why you can hear yourself reading along, this theory might in the future help us better understand other pathological conditions, such as schizophrenia.

(via EurekaAlert, image via The Shopping Sherpa)