As the Internet becomes more ubiquitous, people may sometimes forget that it actually comes from somewhere. Things you see on the Internet have to be stored somewhere, especially now that the Cloud is becoming all the rage. That’s where data centers come in. This interesting infographic takes a look at the five biggest ones in the United States, two of which are actually in Chicago. The Lakeside Technology Center is the biggest data center in the U.S., and is the second largest power customer in the area behind Chicago O’Hare Airport. Microsoft Chicago Data Center actually trails the Lakeside Technology Center in terms of size, while the Twitter data center in Atlanta is the third largest. Read on below to learn all about the biggest data centers in the U.S., a thing that makes your life a lot easier that you probably never gave a second though. 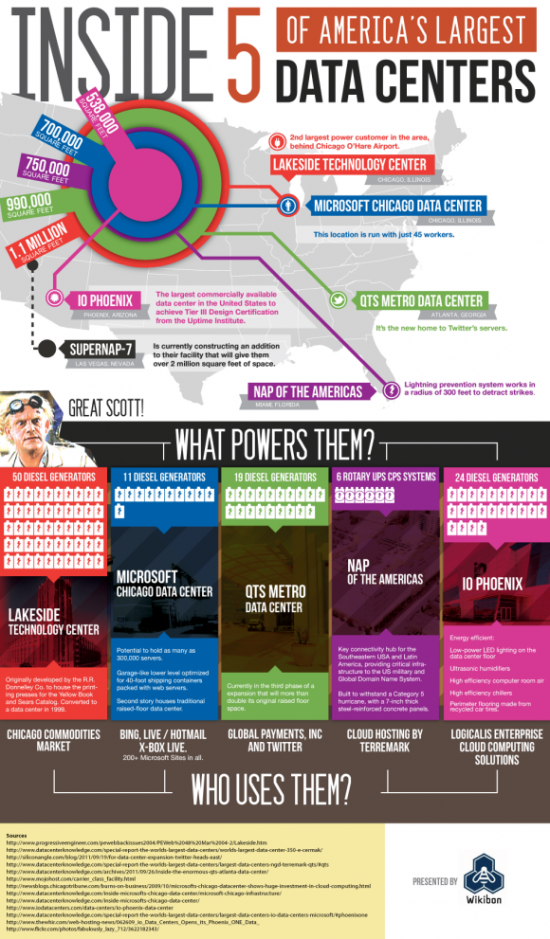 (Wikibon via Make Use Of)