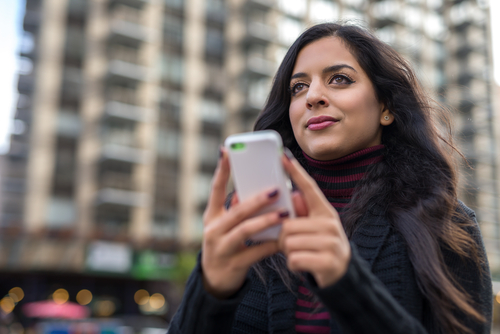 India’s Telecommunications Ministry has made it mandatory that mobile phone companies implement a panic button on their phones in response to the slew of reported cases of sexual assault and violence against women.

The mandate is set to take effect next year, with phone companies being required to create an emergency feature users can activate by pressing either the 5 or the 9 on their keypad. In addition to the panic button feature by next year, phones will also be required to have GPS navigation by 2018.

Since India has no 911-type system (it has four different numbers for various services), the government is also introducing a centralized emergency number, 112, later this year. The panic button feature on phones would then work through this number.

According to The Verge, Communications Minister Ravi Shankar Prasad said in a statement that, “Technology is solely meant to make human life better and what better than using it for the security of women.” It’s certainly great that the government is making women’s safety a priority by doing this. After all, sexual assault has nearly become an epidemic.

As reported by Reuters, the 2014-15 report from the National Crime Records Bureau revealed that there were 337,922 reports of violence against women, which includes everything from rape and molestation to abduction and cruelty by husbands. This was up 9 percent from the previous year. As far as rape specifically, there were 33,707 in that time period with 1,813 in New Delhi alone, making it the city with the highest number of such cases.

This is a great step, not just for women’s safety, but for everyone’s. I hope that the government’s next step is to address other issues women face with regard to safety concerns, such as how they are treated when they report attacks, or educating people not to rape. Pressing a panic button when something like this is in-progress is fine, but prevention should never stop being a goal, and perpetrators of these crimes should face real consequences when caught and charged.