Barbados Became a Republic on 55th Anniversary of Independence, Removing Queen From Head of State 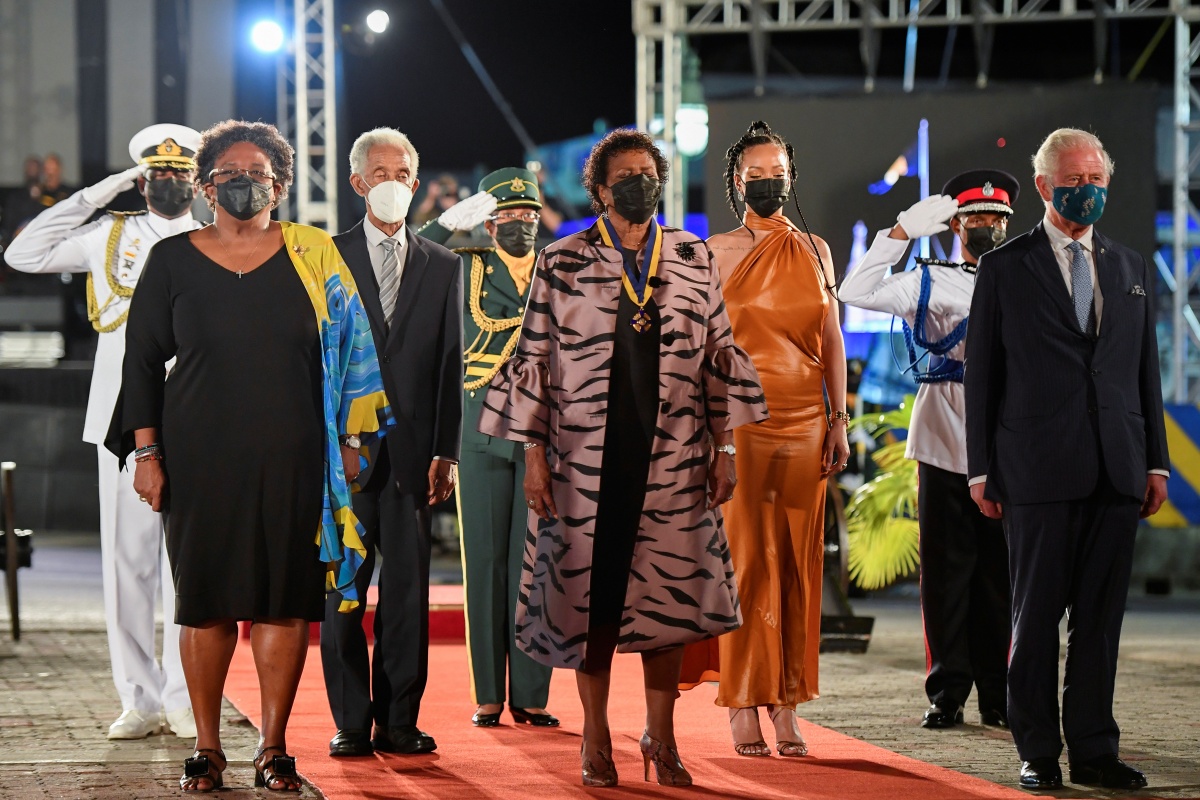 Yesterday, the island nation of Barbados became a Commonwealth Republic, and Sandra Mason became the country’s first president—a moment that hasn’t been seen in the British Caribbean since 1992.

Since last year, there has been discussion of the island separating from the Queen. As René Holder-McClean-Ramirez, 45, an LGBTQ community advocate and consultant, put it to NBC News: “For Barbadians, this is not something personal against the queen, it is about our national pride and governance. As we grow and develop as an independent nation, having a foreign head of state just is not necessary or practical.”

Especially a foreign head of state that does not represent the country’s majority Black population and represents part of the 400-year history of British rule, which includes centuries of brutality and slavery.

As a huge producer of sugar, the island became one of the most profitable “jewels” in the British Empire during that time. For the enslaved Black population that worked those plantations, it meant inhumane conditions and some of the highest mortality rates and lowest reproductive rates.

This was referenced when Prince Charles, next in line to be King of England, gave a speech in attendance at the ceremony celebrating the ending of this era.

“From the darkest days of our past and the appalling atrocity of slavery which forever stains our history, people of this island forged their path with extraordinary fortitude,” he said. He also claimed that his mother, the Queen, sent her “warmest good wishes” to the people of Barbados.

Of course him being there was no doubt awkward, but since the island will remain within the Commonwealth, and the queen has always been someone who has supported the Commonwealth, I’m sure she does want to maintain those bonds.

Still, cutting ties with the Queen signals a new era for the island, to be led in with a female President and Prime Minister (ft. Rihanna).

Pride of Nationhood: Declaration of the Republic and Installation of the President of Barbados https://t.co/ed0w9vvwJd

What excites me the most, as someone of Jamaican and St. Lucian ancestry, is that it seems like one of my familial homelands might be following suit.

Jamaican PM Andrew Holness has announced that Jamaica’s Constitution – much of which is based on British law – will undergo a major review next year. This comes as Barbados is set to remove the Queen as its head of state in a matter of hours. pic.twitter.com/15BaEtlSZG

It was great for Prince Charles to make an appearance, but if he really wants to lean in, he can start working on how to give reparations to the former colonies—especially since the slave owners got paid out for their slaves. We know we had a price to the government, so it’s time to pay up.