Hulu Puts Itself Up For Sale | The Mary Sue

Hulu Up For Sale 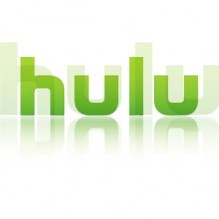 The popular online television streaming service Hulu has announced that it’s putting itself up for sale. Only a day after the service recieved an unsolicited purchase offer and Yahoo! expressed interest in acquiring it, Hulu decided that perhaps it ought to put itself on the market and see what happens. The bidding starts in two weeks.

Hulu is a hot commodity and is widely credited with changing the television industry by bringing more television to the web. While this makes it a valuable purchase for any number of the Internet powerhouses out there, all that revolutionizing has also put Hulu on bad terms with its current owners, Walt Disney Co., News Corp., Comcast Corp., who inherited a share through the acquisition of NBCUniversal, and Providence Equity, who are all looking for a chance to get out. As of now, there’s no telling who might potentially bid on the company, or how their bids might be affected by whether or not Hulu’s previous owners will still continue to provide content.

(via The Los Angeles Times)