BANGARANG: Hook Is on Netflix. Here’s Why It’s Great. | The Mary Sue

BANGARANG: Hook Is on Netflix. Here’s Why It’s Great. 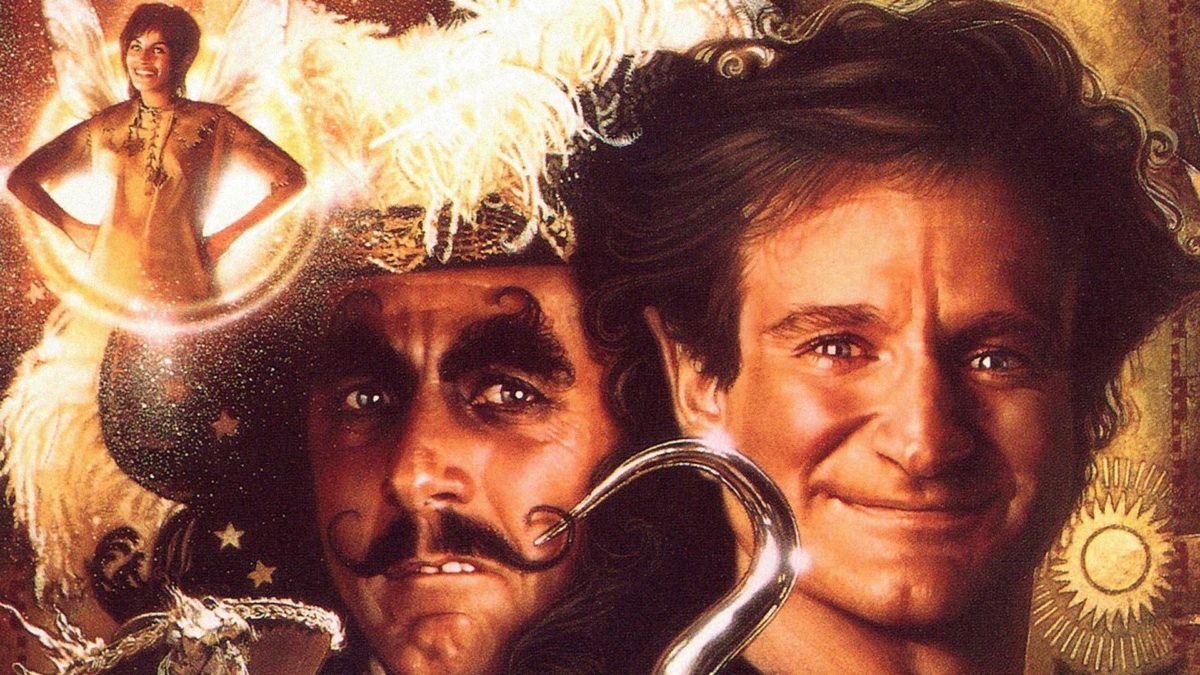 There are some movies that I know are “bad” and yet I love anyways. Legend is one. Catwoman is another (don’t you judge me). But one film I unabashedly love, that always gets lumped in with the flops and artistic failures, is also a film that I seriously don’t think deserved the hate it got upon its release or its reputation as a disaster: Hook.

Hook is wonderful, y’all. And now that it’s streaming on Netflix (woohoo!) it gives us a great excuse to talk about why it’s so beloved to nostalgic millennials and Gen Xers. It certainly is one of those movies that has an extra special place in our hearts. I remember seeing it in theaters when I was seven or eight and being enchanted by it and I know I’m certainly not alone.

Because what’s not to be enchanted by? The visuals that look like a Victorian illustration come to life. The mermaids. The pirates. The magical food fight. Although director Steven Spielberg talks down the film, he really shouldn’t. It’s him at his 90s popcorn peak, with all the heart and imagination that he’s known for.

But what makes Hook so great is the cast. For one there are so many truly random cameos: Gwyneth Paltrow as young Wendy! Phil Collins as a police officer. David Crosby and … Glenn Close (?!) as pirates. Bob Hoskins is a joy as Smee and I actually like seeing Julie Roberts try something out of the box as Tinker Bell. She’s luminous as an actress and that works as a fairy.

Dustin Hoffman as the titular Hook though … has any actor ever had more fun chewing the scenery as he did in this movie? He’s hysterical, scary, camp and melancholy, acting past a costume that could overwhelm a lesser performance. It’s Tim Curry levels of ham and I love it. On the opposite end of the spectrum from Hook are Dante Basco as Rufio and the lost boys who manage to be the most Spielberg and bring the youthful energy that walks the line between annoying and endearing.

But most importantly: Robin Williams.

Amazingly, Hook came out the same year as Aladdin and I think that added to the fact that in my young mind, Robin Williams was the biggest and most important movie star in the world. To my young eyes he was just so funny and relatable, and watching him as an adult it becomes clear that kids loved, and still love, him because he seemed to embody eternal youth and energy. Who better to play Peter Pan?

What Williams brings to Peter though isn’t just his effervescence, it’s his pathos and vulnerability. He’s a scared, confused man just hoping to save his kids and that core of love and humanity is what makes Hook work for those of us that love it.

Sure there are dated elements to the movie, some of them great like everything about Rufio the punk, skate-boarding, lost bad boy; to the tiresome fat jokes and body shaming. One fun element that’s far more evident from a modern perspective is that Hook and Smee are 100% a couple, and the fact the actors played it that way comes through even more. The “workaholic dad needs to connect with his kids” trope also seems very nineties.

But that trope actually helps another aspect to Hook that resonates with me far more now than it did when I saw it as a kid: growing up and learning to love your kids. There’s a constant tension when you’re a parent between the desire to have fun and be wild and the need to protect your children.

Sometimes as parents we do wish we could fly off to neverland; we wish for that freedom of childhood. But this film reminds us, quite beautifully, that the greatest adventure is being the hero for our own kids and adventuring with them. It’s a movie that reminds us that our parents and our kids are our ultimate happy place, the thing that makes all the adventure worth it. And that’s absolutley bangarang.