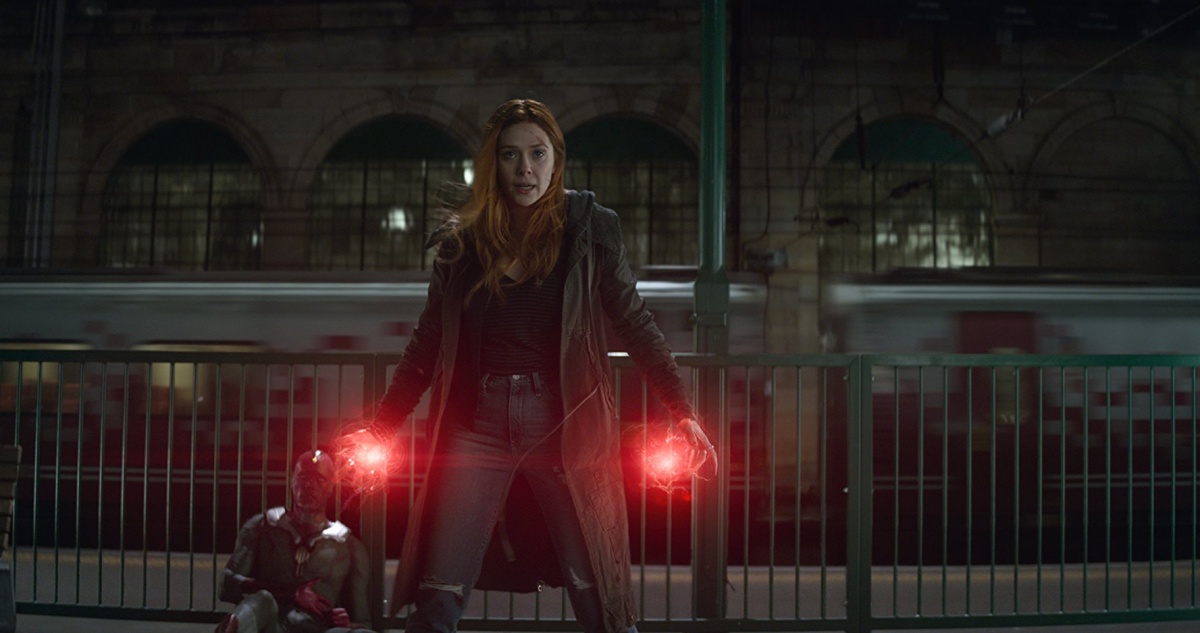 I have never seen the phrase “but after the Vision plot in Infinity War,” and gotten angrier in my life. Apparently, in beginning drafts of both Marvels Avengers: Infinity War and Endgame, Wanda Maximoff was one of the characters to have survived the Snap and, more than that, she would have gone on a road trip with Rocket Raccoon during Endgame to help either get Thor or find the stones or something, and why is this not a real part of our lives?

Personally, I feel like this is an attack on me and my heart, and I will not stand for it. Wanda Maximoff having a storyline directly connected to one of my other favorite Marvel heroes? The two going on a road trip? Did they purposefully give us this information just to hurt me since I won’t be seeing it now? I am outraged!

During ComicBook.com’s Quarantine Watch Party of Endgame, writer Christopher Markus revealed this bit of information when a fan asked about any other characters that might have survived the Snap in earlier drafts:

We had whole drafts with Wanda on a road trip with Rocket, but after the Vision plot in Infinity War, nothing we came up with was anything but wheel spinning for her character. -CM #AvengersAssemble #QuarantineWatchParty https://t.co/JpMLTuHmWe

Time for me to get mad! Wanda Maximoff’s storyline being so closely connected to Vision’s makes my head hurt, and the fact that they thought that because Vision died she needed to be snapped away? It truly makes me see RED. Wanda is a character far beyond the capabilities of some of the other Avengers. In fact, she’s the second strongest, only behind Carol Danvers.

The fact that her entire arc in Infinity War was set around protecting Vision and the Mind Stone is already frustrating enough, but knowing that she could have had a full storyline in the sequel had they known how to write her? Golly-gee, I wish they had consulted literally anyone who understands her as a character to try to give her some extra screen time and, I don’t know, maybe an arc that wasn’t directly connected to a robot man.

Here’s the thing: Avengers: Endgame really could have used Wanda, not only because she’s powerful, but also because of the gender imbalance in the sequel as it was. They barely even bothered using the female characters still available to them anyway, so who knows what would have happened had Wanda survived. They basically had Black Widow and Nebula in the majority of the movie and said, “Great, cool. Done.”

The boys club that was Avengers: Endgame is great for me, someone who likes a lot of the male heroes of the MCU, but I also really love female characters that they continually push off to the side and refuse to use properly. Saying that Wanda’s solo storyline was a spinning wheel all because of her connection back to Vision is both an insult to the character of Wanda and also shows no clue as to the significance of Wanda Maximoff outside of her relationship status.

Also, now I want a road trip movie of Wanda and Rocket, so THANKS FOR THAT.