How It Should Have Ended Takes on Spider-Man 2 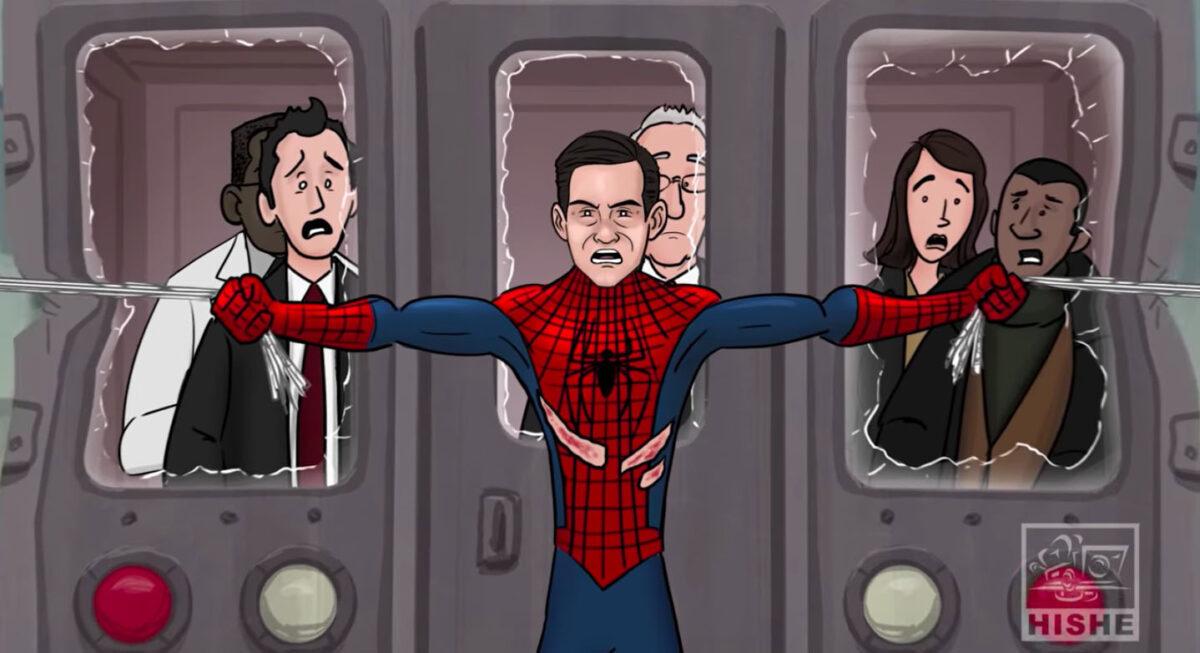 Sam Raimi’s Spider-Man 2 is often hailed as the best Spider-Man movie, and while that used to be the case, I think it’s been surpassed at this point.

The second installment in the Raimi trilogy continues the story of Peter Parker not telling Mary Jane Watson about his secret identity while dealing with Harry Osborn being mad about his father’s death and blaming Spider-Man. To top it all off, Doctor Otto Octavius is taken over by his robot arms and is terrorizing New York when Peter just wants to give it all up so he can have a girlfriend.

How It Should Have Ended does a great job (constantly) of pointing out the flaws in movies, and this time, they did it with Spider-Man 2 … and having Uncle Ben tell Peter that he just has to be Spider-Man and can’t have a girlfriend? Hilarious.

Look, I like Spider-Man 2. I basically like any movie that has Peter Parker in it. It’s an unconditional kind of love, and unless they somehow made Peter Parker into a complete monster of a character that had nothing to do with Spider-Man, I would probably find something to like in any movie dealing with my favorite webbed hero.

But I also recognize what is good and bad out of the Spider-Man saga, and prior to the Marvel Cinematic Universe taking over the story of the boy from Queens, I would have probably said that Spider-Man 2 was the best of them. Now, I like Tom Holland’s stories better, in part because I actually believe that he’s a teenage boy from queens and not a nearly 30-year-old man playing a high school student. (Tobey Maguire was 27-31 throughout all three Spider-Man releases, so never was he a teenager from Queens, really.)

As How It Should Have Ended pointed out, though, it really should have ended with Peter Parker finding a way to save Doc Ock. In those first few movies, all of Peter’s villains died—mainly because they discovered Peter’s identity and died to “preserve” the secret.

What I like about Holland’s films is the fact that Vulture knows Peter’s identity and doesn’t rat him out, and then Mysterio, who did die, ratted him out anyway. But, back to Spider-Man 2.

Much like Willem Dafoe’s iconic portrayal of The Green Goblin, Spider-Man 2 gave us Alfred Molina as Doc Ock, and no one should ever try to touch him—unless we’re getting live-action Liv Octavius. That I’d take, but other than that, Spider-Man 2 does have some flaws … like Doc Ock just casually waiting until Peter Parker saves an entire subway train of people before attacking.

Will this finally end the debate over the best Spider-Man movie? Will we all realize there is something to change in them all? Probably not, but I love How It Should Have Ended, so oh well, I’ll just keep watching this and pretending like Peter Parker saved Doc Ock in the end.

How It Should Have EndedSpider-Man 2