Helen Mirren is Hespera in 'Shazam! Fury of the Gods' | The Mary Sue

Here’s Your First Look at Helen Mirren as Hespera in Shazam! Fury of the Gods

The Academy award winning actor joins the cast of the DC film. 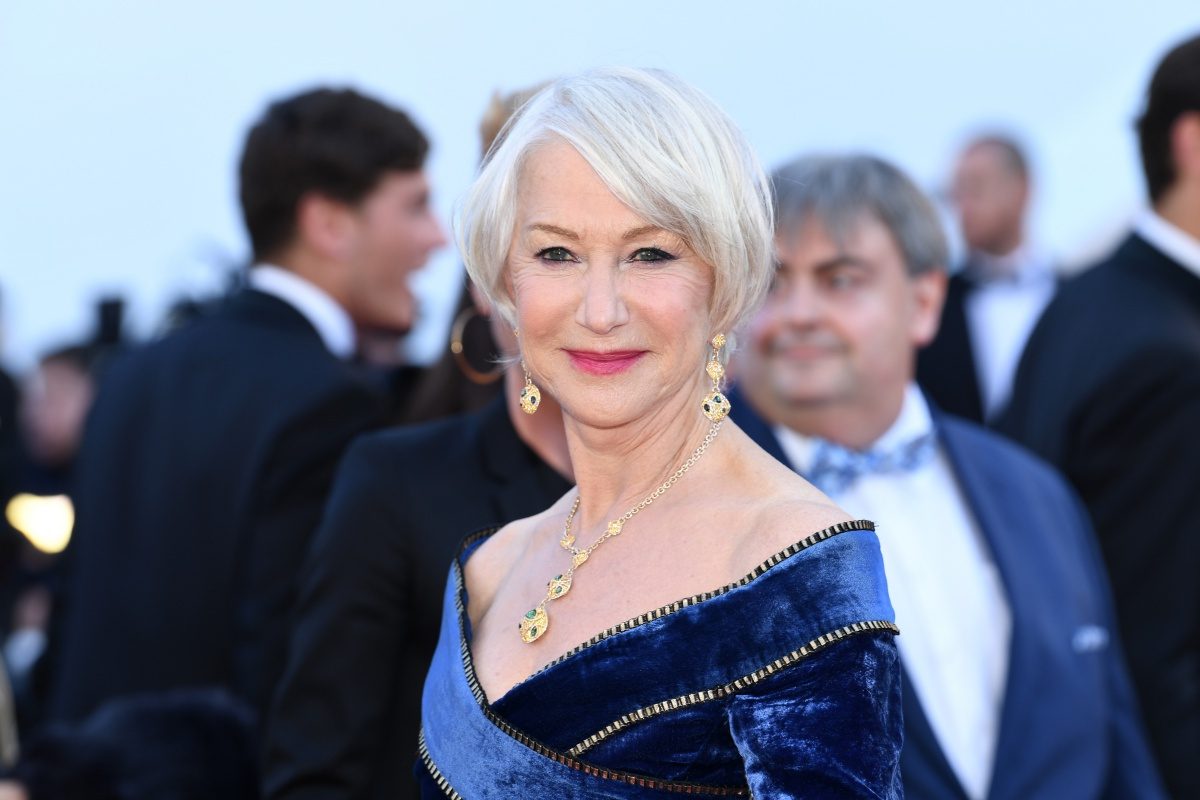 Helen Mirren is living her best life. The Academy Award-winning actor has been having a blast in larger, more commercial fare like Hobbes and Shaw and F9: The Fast Saga. Now, she is set to make her entry into the superhero genre with the upcoming Shazam! sequel, Shazam! Fury of the Gods. Here’s the first look at Mirren as the goddess Hespera:

New set photos show Helen Mirren’s Hespera and Zachary Levi’s #Shazam on the set of Fury of the Gods. pic.twitter.com/Vy3gl5s7mB

Mirren plays Hespera, daughter of Atlas, and sister to Kalypso (Lucy Liu) and West Side Story star Rachel Zegler, whose character name has yet to be revealed. And while Hespera is an original creation for the film, she will no doubt draw on the Greek mythology already present in Shazam’s world. After all, Shazam himself is endowed with “the wisdom of Solomon, the strength of Hercules, the stamina of Atlas, the power of Zeus, the courage of Achilles, and the speed of Mercury.”

These three women will likely make up the Hesperides, nymphs of evening and golden light of sunsets, who were the “Daughters of the Evening” or “Nymphs of the West”. The Hesperides also tended and guarded the garden where the highly coveted golden apples grow. The Hesperides are not necessarily good or evil, although it seems that the sequel is positioning them as the Big Bad.

We still don’t know how/if the Hesperides have any connection to Dr. Sivana (Mark Strong), who we last saw in a mid-credits scene, where the imprisoned villain is approached by talking caterpillar Mr. Mind, who proposes an alliance. Given that a telepathic worm is not the most compelling villain, I’m curious to see how Mirren, Liu, and Zegler will factor into the film.

While details around the film remain under wraps, it’s still exciting to see Mirren in full Grecian goddess warrior garb. The superhero genre (like every other film genre) is not welcoming to older women, so it’s thrilling to see Mirren as an intimidating baddie. Women over 40 can play more roles than just Aunt May, and it’s time that the genre expands past the traditional ageist limits to give us a kickass older woman.

Casting Helen Mirren to play a scenery-chewing villain is an inspiring choice, as no one commands the scene quite like her. Shazam! quickly set itself apart from the rest of the DCEU with its bright color palette and sense of humor, and I can’t wait to see Mirren go toe-to-toe with Zachary Levi’s goofy, warmhearted Shazam. The sequel will also presumably set up the upcoming Black Adam movie, starring Mirren’s Hobbes & Shaw co-star Dwayne Johnson.

Don’t know how long we can keep the new suits from leaking so here’s a pic I took the other day pic.twitter.com/41wStJ6oe2

Now if only Hollywood would give us a May-December romantic comedy starring Mirren and Johnson. Give the people what they want!

Helen MirrenShazamShazam! Fury of the Gods