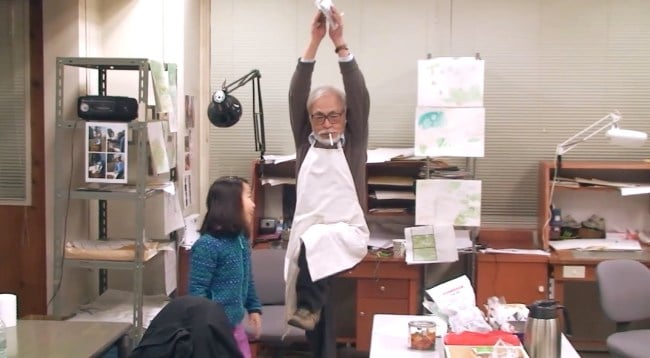 Hayao Miyazaki, the Japanese film director, producer, screenwriter, animator, author, and manga artist, who has been often called the “Walt Disney of Japan” has turned 77 this year.

I find comparing Miyazaki to Disney to be one of those S.A.T. word association type things that on the surface seems apt, but when you really look at it the two couldn’t be further from each other. The Studio Ghibli co-founder has spent the past 55 years creating art of different kinds that reflected the importance of peace, nature and crafting complex female heroines in a way it would take Disney decades to do.

Now, this isn’t to pit Disney female characters against Miyazaki characters. They both have their value, and I treasure them both for different reasons. Yet it just the honest truth that Miyazaki films offered a more relatable version of femininity than Disney female characters. While many of them are still beautiful, they are not the perfect-haired, impossibly petite songstresses of the Disney Princess line-up. They are princesses, warriors, witches, and sometimes just ordinary women who happened to have been raised by wolves. They are not, with the exception of maybe Nausicaä, perfect ideals.

Nor are their stories about super-conservative ideas of romance or gender, even the ones that are filled with romance. Howl’s Moving Castle is an excellent love story in which the heroine Sophie is in the form of an old woman for most of it. Castle in the Sky, also has a fun love story between its leads, Pazu and (Princess) Sheeta, but Sheeta’s story never begins nor ends with her romance. Plus, women can also exist without romance in Miyazaki’s movies, something Disney is just now starting to get the handle on. People made such a big deal that Anna from Frozen didn’t marry a guy she met the same day, or that Elsa didn’t have a love interest. Moana was the first Disney Princess movie where marriage or romance was not part of the story in some way and while that is a success, that shouldn’t be something that is just happening now for the “official” Disney Princesses.

Miyazaki also isn’t afraid of making old or ugly women, or women who are disabled, and he also isn’t afraid to have ambiguity about morality. One of the reasons Princess Mononoke is such an amazing film is that you can argue on the side of both the forest creatures and the humans, both are fighting for their survival in a changing world. There is an accessibility to these characters that has allowed them to transcend cultural barriers and successful even here in the West.

For an article in The Atlantic, author Gabrielle Bellot spoke on how the characters in Miyazaki’s films showed her about the art of being a woman through his depictions of humanity.

Miyazaki’s characters seemed real, too, because they were shown even in their least triumphant, most ordinary moments. In all of his films, the director includes the quiet scenes and mundane daily acts that many other movies, animated ones in particular, eschew. Characters gaze at streams or brush their hair, not to advance the film’s plot, but to add a sense of realism—the kind that makes fictional people feel less like tropes and more like human beings. This sense of humanity is so often missing from other animated portrayals of characters, female characters in particular, which made Miyazaki’s films even more meaningful to me.

Miyazaki has gone in and out of “retirement” several times and regardless of if he never works on another project again his legacy is secure. That is the true thing he has in common with Disney, his work will live beyond him. We can only hope that those who take on the mantle after him will understand why his works are so important. Not because of the animations or the music or the special effects, but the humanity of the storytelling.