Nothing's more relaxing than getting lost in a labyrinth of spooky rooms on vacation, right? 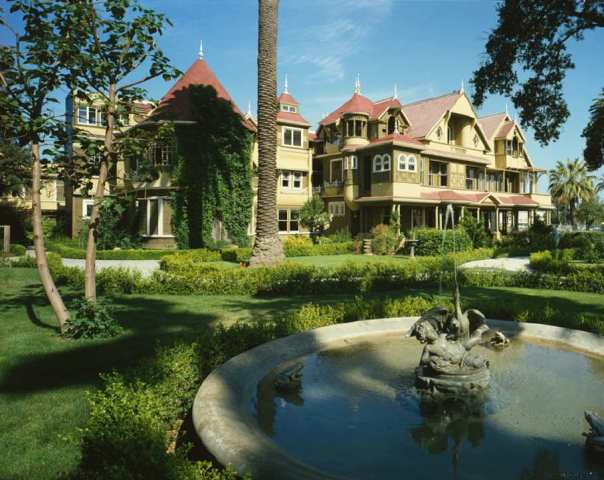 If you ever wondered what it would be like to spend a night in a haunted mansion that’s rumored to be infested with spirits, then now’s the chance to satiate your curiosity. The famous Winchester Mystery House in California invites you to test your nerves, sanity, and possibly your tolerance for alcohol.

According to the Silicon Valley Business Journal, if you’ve got a thirst for adventure (and also booze) and are looking to star in your own horror movie, the San Jose planning department just approved a special permit to to allow overnight stays at the house, and the consumption of alcohol across the entire site. While it was never intended to be a hotel, it’s estimated to have around 160 rooms and has always been a huge attraction, so it’s expected to reel in a lot of tourists.

In case you’re not familiar with the story behind this mystery house, Sarah Winchester began the construction of this mansion in the late 1880’s, and did not stop building until her death. As the Winchester House website claims, no one knows for sure what her reasons behind the construction, but supposedly she believed that her family was haunted by the spirits that died from the Winchester guns manufactured by her dead husband’s company and continued adding rooms onto her house to confuse them.

Reservations for overnight trips are not yet available on the website, but presumably it will be possibly to buy tickets soon. When you get there, just don’t expect Sam and Dean Winchester to bust in with their own guns and a bunch of salt to keep the spirits at bay.