It’s Officially the Day of the Harry Potter Epilogue, and Everyone’s Celebrating 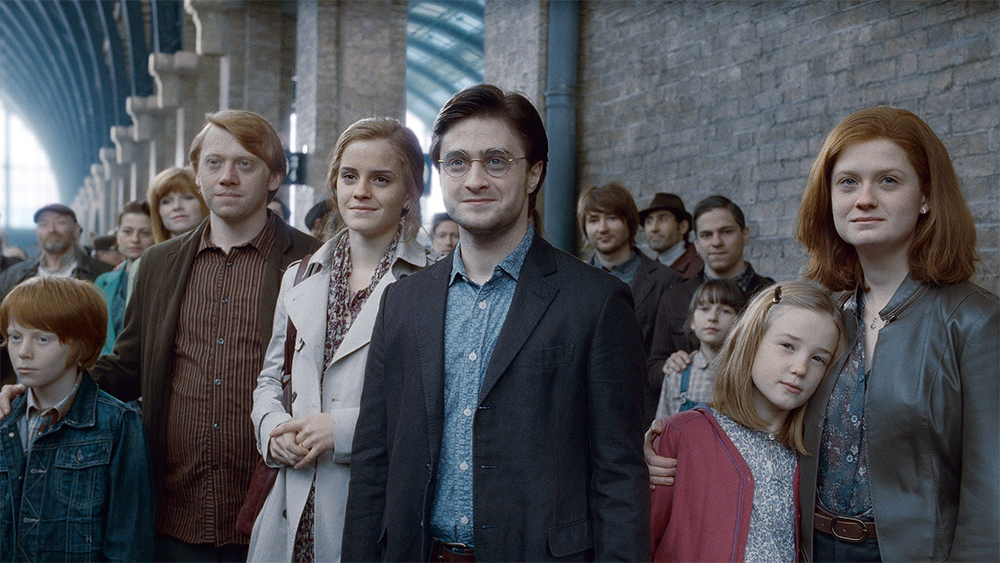 At the end of Harry Potter and the Deathly Hallows, the story jumps ahead by a massive 19 years to show us that everything turned out OK for the foreseeable future (Cursed Child notwithstanding). It seemed massive at the time, at least. Now, it’s flown by, and today is the actual, real-world date the epilogue takes place, when Albus Severus boarded the Hogwarts Express for the first time and kicked off the events of Cursed Child, and it’s cause for Potterhead celebration.

Today is also the twentieth anniversary of the publication of Harry Potter and the Philosopher’s Stone, making it extra meaningful for all the events that are going on. First up, this morning, fans gathered at King’s Cross platform 9 3/4, (roughly) exactly where their favorite characters should be standing right about now:

Gryffindor, Hufflepuff and Slytherin are ready to go #BacktoHogwarts! pic.twitter.com/1fMCxk2RQV

There was also celebrating to be done at the Palace Theater—including a Hogwarts Express-shaped cake, of which we’re incredibly jealous—where Harry Potter and the Cursed Child is performed. Meanwhile, the Pottermore website is also getting some additional bells and whistles to commemorate the day, including a brand new section that allows fans to make their own return to Hogwarts today, with a guided tour around a 3D model of the school grounds.

“From Professor Sprout’s greenhouses to Hagrid’s hut, the experience features many iconic details from the beloved wizarding school, which you can learn about and investigate at your own pace. Here’s a look to see what’s in store. (Sadly, no grumbling Argus Filch is included in this experience. Maybe he’s popped out for his Kwikspell course.)”

The site has also just launched a brand new quiz, and Twitter’s got another special emoji to go along with #BacktoHogwarts, so expect a lot of Potter-related chatter on social media today—our preferred state, honestly.