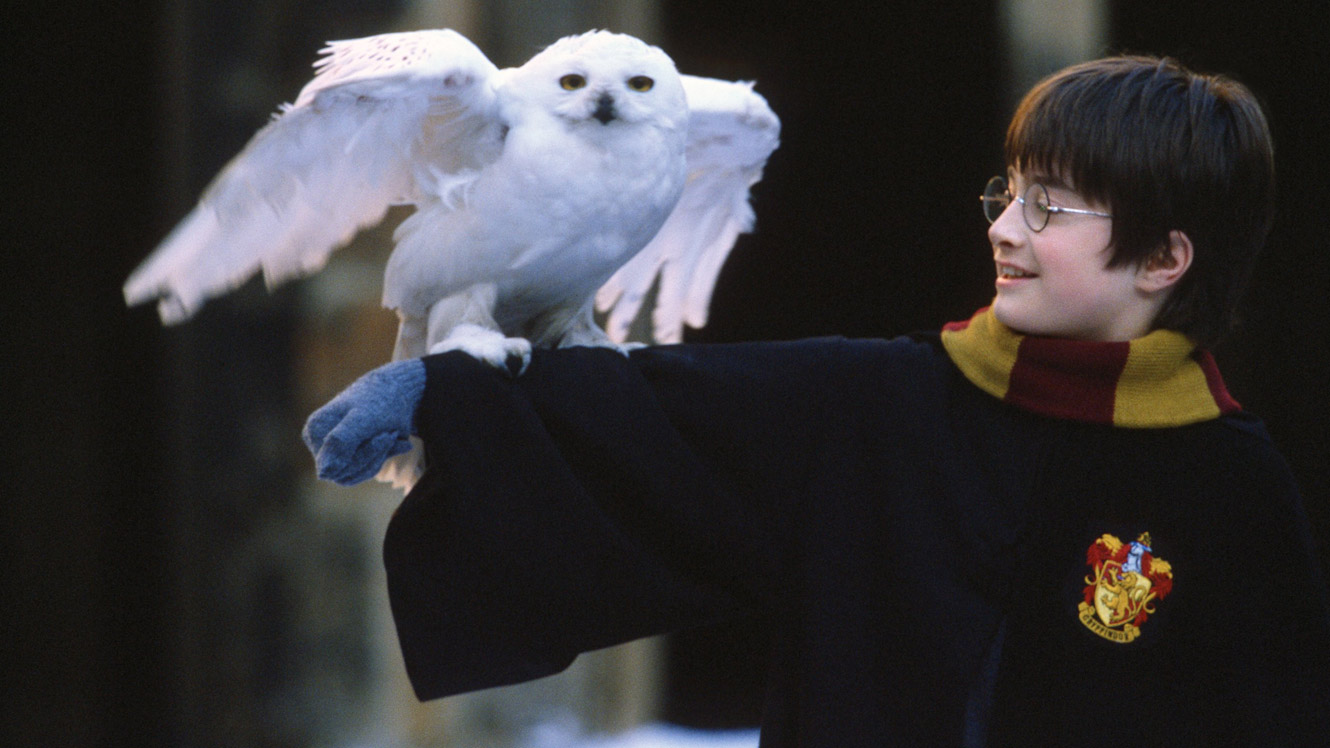 Twenty years ago, a book went off like a bomb and changed everything.

I was already a voracious fantasy reader and a precocious teenager when Harry Potter and the Philosopher’s Stone—renamed to Sorcerer’s Stone for American audiences who knew nothing of alchemy—hit the best-seller list. Though the book was popular, this was in the time before Harry Potter became a cultural phenomenon and an international powerhouse of a franchise.

I remember, distinctly, firing up my modem and AOL account and searching for Harry-related content and there were maybe three hits on the entire Internet. I remember, to my dismay, trying to build a Harry Potter fan site and giving up when I couldn’t figure out how to make my sorting hat icon auto-sort each visitor. More’s the pity, because other teenage Harry enthusiasts went on to build successful brands of their own from those nascent fan sites. Alas, I was not cut out to run a Leaky Cauldron.

I read Sorcerer’s Stone in one sitting at Barnes & Noble, so enraptured that a bookseller came over to ask if I was okay after I sat unmoving for five hours. This experience would set a precedent going forward: I don’t think there’s a single subsequent Harry Potter book that I didn’t devour through sleepless marathon nights as soon as I got my hands on it.

As the books grew wildly in popularity and began to be followed by the movie adaptations, getting the latest Harry Potter became an event and sometimes a struggle. Bookstores threw parties worldwide where staff and attendees dressed as witches and wizards. We waited in lines that snaked around blocks and blocks, only to be told that that location was sold out. Then we’d head to the next closest bookstore. Sometimes the pilgrimage lasted for hours. There was mad scrambling and joyous triumphant book-clutching and many stuffed owls riding on shoulders. I don’t think I’ll ever see anything like it again.

Those near-yearly parties became a touchstone and a reunion to pass with like-minded friends. My affection for the wizarding world was a bright thread to follow through more than a decade of my young life. I aged alongside Harry &Co. As they began exploring the ups and downs of who to ask to Yule Ball and taking trips into Hogsmeade for frosty mugs of Butterbeer, I graduated high school and went to college and started to attend Harry Potter book release parties for grown-ups where the punch on offer was spiked with (Fire) whiskey.

The books helped me make new friends and I converted old friends to the books. A truly extraordinary element of the Harry Potter series is that they appealed to people who had never before hefted a fantasy novel as much as those of us who grew up making our own magic wands. J.K. Rowling also single-handedly reversed the idea, popular around Harry’s debut, that children and teens had lost interest in reading. She lay the groundwork for the explosion of YA success that came in Harry’s wake—from A Series of Unfortunate Events to Percy Jackson to The Hunger Games and beyond, what had once seemed a risky market now appeared to guarantee a literary blockbuster. The same publishing houses that had famously turned down Rowling’s initial manuscript now scrambled to get their hands into the Christmas pudding.

.@babymegs_ Loads! First publisher to turn down Harry also sent @RGalbraith his rudest rejection. They don’t even want me in a beard.

The first time I sat in a theater and watched Harry Potter come to life on the big screen, I almost burst into tears at the opening theme. It didn’t matter that the first movie wasn’t a work of art. Harry was real now. His world had been embodied. Somewhere there was a set that stood in for Hogwarts. I never stopped searching for manifestations of Harry’s magical world in our own. Visiting London at the age of 15, I went to King’s Cross station and searched determinedly for the space between platforms 9 and 10. At the time there was nothing there to mark that momentous locale. Now, because Harry Potter altered even our physical landscape, there is indication that beyond the wall lies the Hogwarts Express.

I was a few years older than the kids and young teens who fully experienced Harry as a way of life, with the movies as much of a focal point as the books. In college, I temporarily dropped out of fandom, and so I missed Harry Potter taking over the Internet, the ship battles as fierce as anything between Death Eaters and the Order of the Phoenix, the fanfiction, fan art, and videos produced in such voluminous quantities it would fill Hogwarts’ library many times over.

Sometimes I regret this absence, but it also kept me in a headspace where the books were mostly untouched by outside argument. Harry remained for me as whole and wondrous as it had been that first day in the bookstore. I studied abroad in Edinburgh, Scotland my junior year, motivated by my interest in British literature and history. But I’d be lying if I didn’t confess to spending many an afternoon at the Elephant House tea and coffeeshop where J.K. Rowling, then a single mother on government benefits, famously wrote much of The Sorcerer’s Stone. Many people who desire to write now seek out The Elephant House, where skeins of blank paper are helpfully provided, in an attempt to soak up some of Rowling’s residual magic. From the cafe’s windows you can see Edinburgh Castle resplendent in the distance and imagine how Hogwarts began to take shape.

The books and movies were still emerging as I became a fully-fledged adult. I developed more of a critical eye but never lost my deep affection for Harry and his world. The last books in the series are a good deal longer and more meandering than their predecessors—for me the high point and finest volume will always be Prisoner of Azkaban—but there’s still no diminishing Rowling’s tremendous achievement and global domination.

There are studies that say the act of reading Harry Potter makes its readers more compassionate towards groups like immigrants and LGBTQIA communities, and that it even instills empathy in children. To date the series has sold 450 million books and been translated into more than 60 languages. The brand Rowling created is worth more than $15 billion dollars and her personal net worth makes her the world’s richest author. Whenever anyone questions the value of writing, I like to point out that Rowling now has more money than the Queen of England.

Through it all Rowling has remained down-to-earth and accessible to her fans. In 2012 Forbes dropped her from their billionaire’s list, citing large and generous charitable contributions that had diminished her fortune. (She has likely since made it up in proceeds from the expanding Fantastic Beasts franchise, the success of the stage play Harry Potter and the Cursed Child, as well as the ever-popular Wizarding Worlds theme parks. I’m hardly the only one who dreams of wandering the streets of Diagon Alley.) Rowling is a regular presence on Twitter, a fierce defender of social justice as well as the world’s most well-known expander of the Harry Potter canon. She frequently releases plot points only known to her before, fleshes out Wizarding family histories, and answers fan questions. She’s made a yearly event of apologizing for the deaths of beloved characters throughout the series. Personally, I can never quite forgive her for the loss of Sirius Black and Remus Lupin, but the apologies are appreciated.

It’s hard to overstate the impact Harry Potter, in all of its myriad manifestations, has had on millions of lives. I have several close friends who cut their teeth in Potter fandom and through those communities found friends, lovers, jobs, even book deals—and from the first Harry pages years ago, perhaps discovered their own personal creativity that might otherwise have gone unexplored. The fact that every new revelation or revision from Rowling continues to spark a furor of international debate demonstrates that even ten years after the publication of the final book, The Deathly Hallows, Harry’s world and the people who inhabit it are still alive for many of us. That I remain disappointed by the epilogue of Deathly Hallows speaks to the profound place these characters carved out in my life. No ending of Harry Potter could truly have satisfied its fans, because Harry Potter is ultimately without end. His text lives and breathes and continues to change and grow, just as we did with him and continue to age accordingly.

Online, fandom and commentary around Harry still flourishes (and blotts). (Sorry.) Gifs, memes, fic, fan films, critical essays, and works of art abound. The debate over the characterization of Severus Snape alone could be printed out to fill volumes longer than the series. And House pride is as fierce and popular as ever, as evidenced by the easter egg Facebook just introduced to celebrate the anniversary that will light up your text of Gryffindor, Slytherin, Hufflepuff, or Ravenclaw in House Colors on your status. It also provides a magical graphic treat when you click on the text.

Recently, I attended a performance of the delightful off-Broadway Puffs with our assistant editor Charline Jao. It was 90 minutes of hilarious Potter in-jokes playing to a packed house, and I can’t remember the last time I laughed so much. Of course, before the show, there was much talk of Houses: Charline identified as a proud Hufflepuff, the kindly House I always figured I’d belonged to as well. But a while back, I took the Pottermore fan site sorting test and was placed into—of all places!—Slytherin. In a panic, I took more and more sorting tests, this time trying to game the system and not choose Slytherin-y answers. Still Slytherin. A greater percentage of Slytherin than before, even. Reader, I was thrown for an existential loop.

But the more I thought and read about it, the more I realized I had many guiding Slytherin characteristics I’d left unexamined: a willingness to break rules and defy authority for the causes that most concerned me. A desire for power over my own life. A fierce ambition. And on and on and on until I couldn’t imagine belonging to any other House but Slytherin. I have a rather lovely badge in my wallet that proves it. Because even in my considerable old age contrasted to the kids who are just now getting their hands on the books, Harry Potter can still change my life. I hope that you’ll share some of the ways that it intersected with your own. 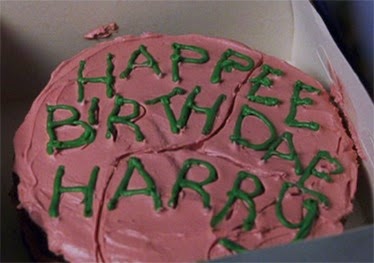