Hanna Provides a Gritty, Grounded Take on the Teen Assassin | The Mary Sue

The Amazon Prime series is based on the 2011 Saoirse Ronan thriller. 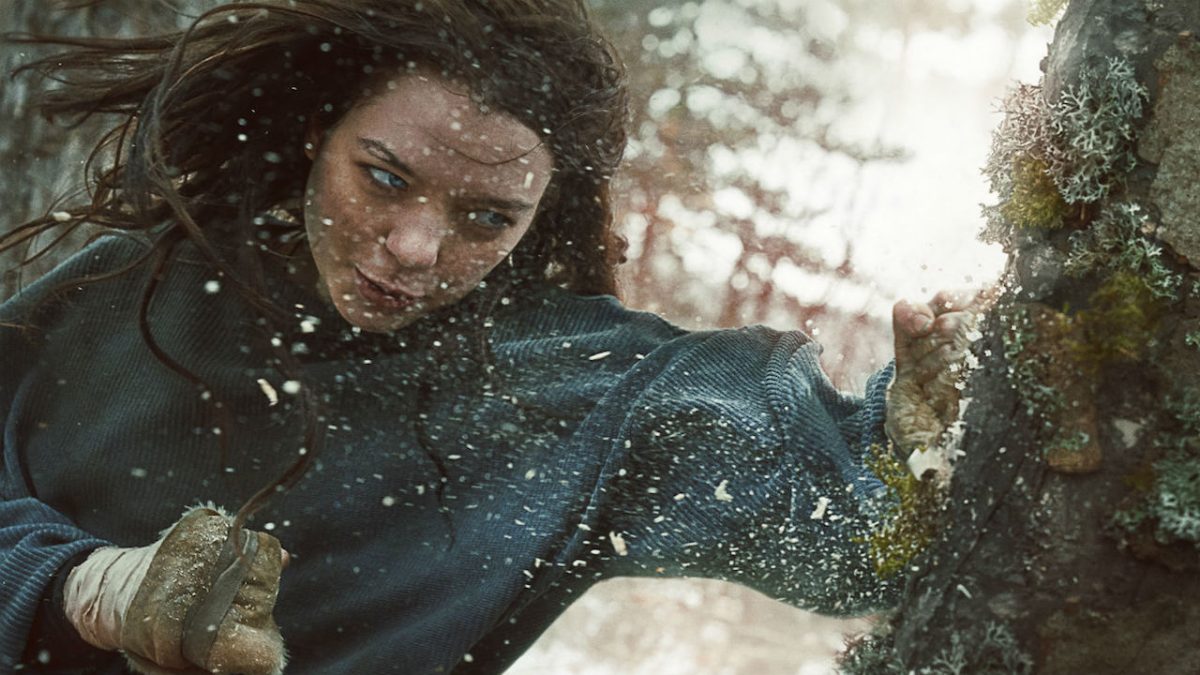 Amazon has dropped all eight episodes of Hanna, the television adaptation of the 2011 Joe Wright film. The film starred Cate Blanchett and Eric Bana, and introduced audiences to the young Saoirse Ronan as the remorseless teen assassin. The film was well received, mainly thanks to Ronan’s strong performance and the stylistic dark fairy tale elements that framed the story.

Creator David Farr’s (The Night Manager) series focuses less on the surreal fairy tale elements in favor of grounded, brutal take on the subject matter. The series stars Esme Creed-Miles in the titular role, alongside Joel Kinnaman (Altered Carbon) as her father Erik and Mirielle Enos (The Catch) as CIA agent Marissa Wiegler.

While the film was entertaining, it left some viewers with questions regarding Hanna’s origin story and her abilities, areas that the series ably fills in and explores. The opening of the first episode sees Kinnaman snatching baby Hanna from a secret government facility and going on the run with her and her mother, before a tragic chase and car wreck sends them into the bleak and snowy Romanian forest.

From there, Hanna’s father spends the next 16 years training his daughter in marksmanship, hand to hand combat, and survival skills as they eke out an existence in the unforgiving landscape. The series spends time showing Hanna’s isolation and her desire to explore the world beyond the woods.

Esme Creed-Miles, who plays Hanna, takes on the role with athletic skill and a fierce, at time feral, performance. Her intensity comes as no surprise when you find out that she’s the daughter of Samantha Morton (Harlots) and Charlie Creed-Miles (Ripper Street). One wonders what would happen if Morton’s The Walking Dead character Alpha ever encountered the teenage assassin.

The television series makes for a satisfying stand-alone story, with 8 hours to explore its character’s origins and inner workings. The first two episodes manage to retell the events of the film, but with more time for character development and storytelling. The supporting characters get more to do, and we learn more about Enos’s frosty agent and Kinnaman’s survivalist father.

This also allows for Hanna to form real relationships with people in the outside world, especially Sophie (Rhianne Barreto) who lends plenty of charisma and empathy as the party girl teen who befriends the young assassin. And Hanna herself gets more time to adjust to the outside world, as her survivalist instincts become entangled with her exploration of teen girlhood.

The series moves at a brisk pace, with beautiful cinematography and sharp, stylish directing from Sarah Adina Smith (Legion). The fight scenes are brutal and effective, and Creed-Miles is riveting as the lead. All in all, this is a series worth watching, with shades of Orphan Black and Alias that makes the spy thriller a highly entertaining binge-watch.