Gugu Mbatha-Raw has been cast in Marvel’s upcoming Loki series at Disney+, according to Variety, and we can only hope that she will finally be getting another role worthy of her talents as an actress. We hope. Mbatha-Raw will join lead Tom Hiddleston, Sophia Di Martino, and Owen Wilson in the series, and keeping in step with most of the cast announcements, we don’t know exactly who she could be playing but we can always speculate. 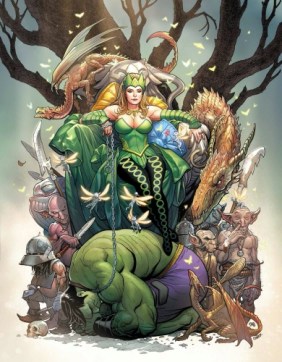 In Marvel comics, there are two versions of the Enchantress: the one everyone really cares about, Amora, and the character Sylvie Lushton, who was given powers by Loki. We’re going to hope that it’s the first one, if Gugu gets to be Enchantress. Amora is one of Thor’s greatest rivals, who has yet to be adapted into the MCU. She’s a super-powerful magic user who is part of the Masters of Evil, so you know she’s up to no good. Amora’s also a powerful magical rival to Scarlett Witch and shares Loki’s love of transforming into people for manipulation.

As for Sylvie Lushton, she is an adolescent supervillain who models herself after Amora, after being gifted powers by Loki. She’s basically a younger copycat—so again, not this version, thanks.

Regardless, people have been wanting to see Enchantress in the Thor films for a while, and since the show Agents of S.H.EI.L.D introduced her less interesting younger sister, Lorelai, it’s time to bring in her cooler big sister. 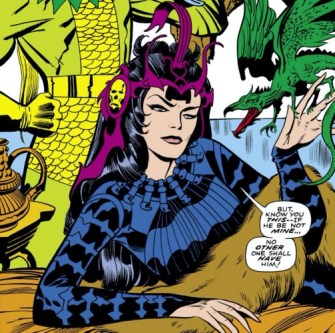 If not Enchantress, then Karnilla, Queen of Nornheim, the other most powerful sorceress in Asgard, would be a worthy character for Gugu. In addition to just magical power, Karnilla possesses vast knowledge of magical spells and enchantments, which has allowed her to be canonically described as an equal to Loki, and only beaten by Odin, in terms of power. Karnilla doesn’t get nearly as much attention, and I think, with Odin gone and Loki being in a weird place in terms of timeline, he might need to find some powerful independent allies, and Karnilla fits the bill.

Plus, even if she only gets a small role in the series, I’d like Gugu to play someone who will be equal to Loki and not just a lackey. 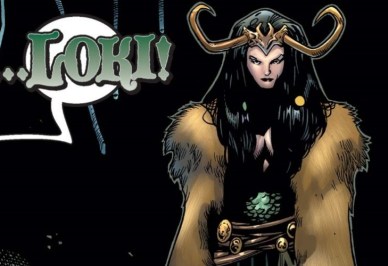 Sophia Di Martino has already been cast and speculated to be Lady Loki. Plus, apparently, Lady Sif is coming, and it is her body that ends up being the vessel of Loki’s female form. Still, what good trickster only has one version of his best form? Even if we only get it for a moment, I think it would be fun to see Gugu as one of Loki’s many forms in the series. Also, if that form is based on her playing a different character, then even better.

Who do you think Gugu should be in Loki?