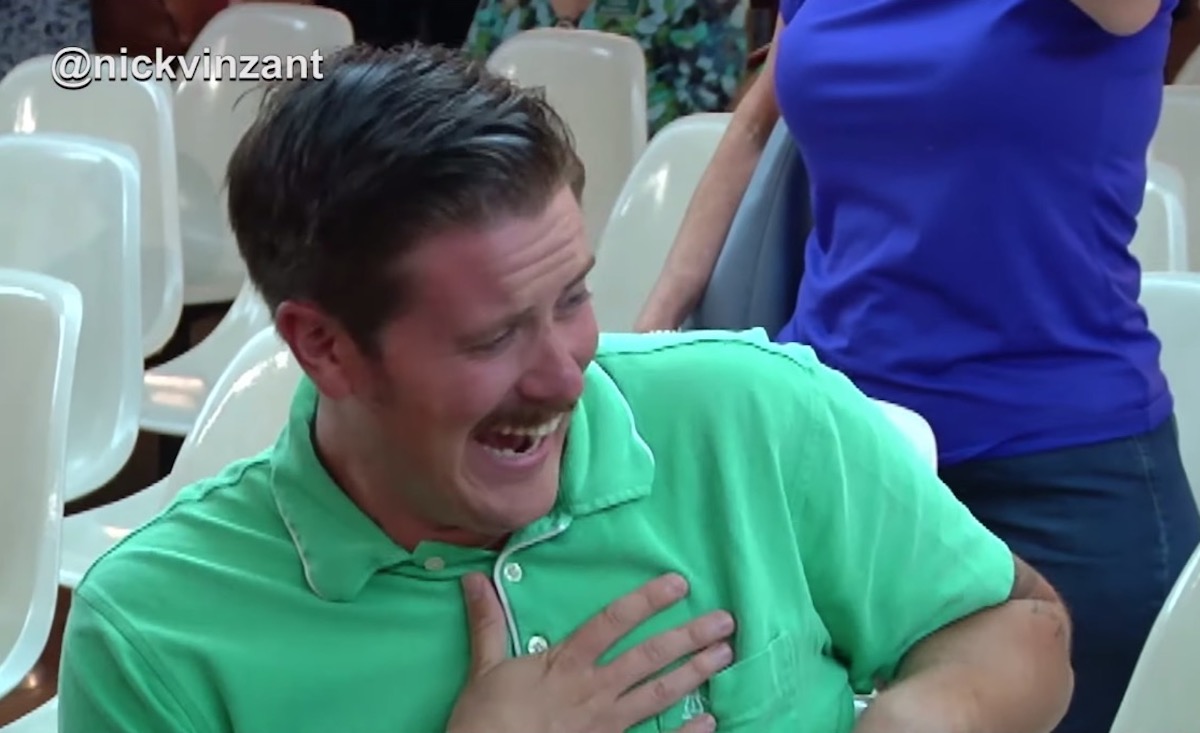 A city council meeting in Tucson, Arizona has gone viral and for good reason.

During the meeting, while apparently discussing a measure to make Tuscon a sanctuary city, two MAGA protesters began yelling about how only Congress can change immigration laws.

Scene inside a Tucson City Council Meeting. Officials voted to put a “Sanctuary City” measure on the November ballot pic.twitter.com/mEh4PNj0Wo

I love this because it’s the perfect encapsulation of modern politics. You have two people yelling about facts they don’t understand, while everyone around them tries to get away as quickly as possible, either because they don’t want to engage or because it’s genuinely frightening these days when people start yelling about immigration in public spaces.

And then you have the American hero that is Green Shirt Guy (aka Alex Kack), who is just finding such joy in their idiocy. He’s basically the physical manifestation of Twitter making thousands of feral hog memes in one day. Not to mention the guy in the back who yells that these two are “in direct violation of being a jackass!” The whole scene is such a delight.

I guess I have to get more active on Twitter now

Reporter Nick VinZant notes that the city council was required to put the measure on the ballot because their constituents presented them with the signatures to get it there. Also, the protesters could have spoken during a designated public comment period but they chose not to.

So for two people ranting this hard about proper legislative procedures, they don’t seem to care too much about following the ones set up in that room.

Two notes:
1) The city was legally required to put the measure on the ballot because the group proposing the initiative collected enough signatures

This wasn’t even the only great part of the meeting. Were you wondering why one of the men in the background of that video had a banjo? Me too!

For people asking about the guy with the banjo. Here he is. #GreenShirtGuy pic.twitter.com/G2gUCiNumm

And here’s a song about Sanctuary Cities. To be honest….none of this is particularly unusual for a Tucson City Council meeting pic.twitter.com/a4KBQ8t3b6

Anyone who’s ever said local politics is boring is a liar.