I told them they needed locking mechanisms on the cell doors. 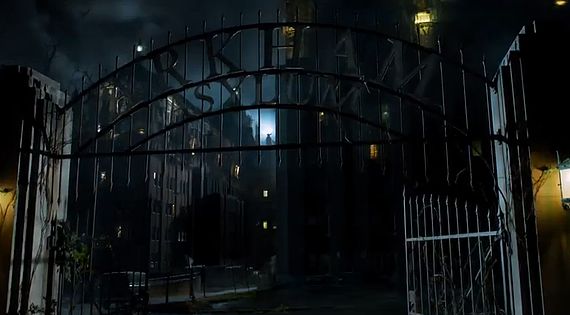 Gotham‘s Bruno Heller sat down with The Hollywood Reporter to talk about where the series will be going as it returns tonight from its holiday hiatus.

You’re going to see Fish Mooney placed in a situation where it’s almost unimaginable how she’ll get out of it. Her relationship with Butch and Penguin are going to be pushed to the limit. Selina Kyle’s going to do something incredibly shocking — also, so’s Fish, come to that. One of the things about the second half of the season is that all the story we’ve set up so far comes to fruition. Some people come to an end, other people are triumphant. Gordon is … no, I can’t go there. I almost told you the story, and I can’t. But I guarantee that, if you liked the first half of the season, you’ll love the second half.

Whoop! Thank goodness he didn’t give everything away. But he does seem excited about being able to drill into Arkham Asylum as a backdrop to series events.

Arkham, in itself, is a big Gotham character, so it’s a chance to introduce Arkham as a character and then let the audience see how [Gordon] manages to get out of that particular predicament. You have to keep moving forward — the important thing about Arkham, and the first episode back explains it, is why is it so easy to escape from Arkham? In the Batman stories, there’s kind of a revolving door in there. It’s one of the fun things about setting up this world, being able to put the architecture in place to explain things like that. This is one of those things.

And here I know that Heller is stronger than I, because I would not be able to resist making a pun there on architecture. He talks at greater length about more stuff in the full interview, including his philosophy on adapting origin stories without simply repeating other adaptations, and how the show wasn’t really expected to have so much young Bruce Wayne in its first season.