Do Google and Verizon Want to Axe Net Neutrality? [Update] 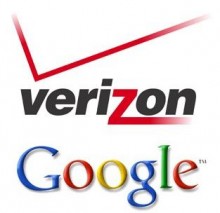 File under ‘scary if true’: Today’s New York Times has it that Google and Verizon are close to reaching an agreement that would strike a major blow to net neutrality. They’re reportedly working towards an arrangement that would allow some large companies — or at least Google — to pay more money in exchange for faster delivery of their online content.

If the Times‘ “people close to the negotiations” are right, an agreement could be reached as soon as next week.

The charges could be paid by companies, like YouTube, owned by Google, for example, to Verizon, one of the nation’s leading Internet service providers, to ensure that its content received priority as it made its way to consumers. The agreement could eventually lead to higher charges for Internet users.

If completed, Google, whose Android operating system powers many Verizon wireless phones, would agree not to challenge Verizon’s ability to manage its broadband Internet network as it pleased.

Update: As we write below, this story seemed weird; now it appears to be unraveling. Google:

The NYT is quite simply wrong. We have not had any conversations with Verizon about paying for carriage of Google or YouTube traffic. We remain as committed as we always have been to an open Internet.

Meanwhile, Bloomberg reports that the deal the two have been discussing is about mobile use, not broadband: “The compromise as described would restrict Verizon from selectively slowing Internet content that travels over its wires, but wouldn’t apply such limits to Internet use on mobile phones, according to the people, who spoke yesterday and asked not to be identified before an announcement.”

The Times acknowledges that they don’t know if the deal would extend beyond the two companies: Google could be asking for speedier delivery for its own content alone rather than a sweeping new premium payment system for the entire Internet. Really, it’s difficult to tell what the deal encompasses at all from the article: The only statement the Times got from either party to the negotiations with a name attached to it came from a Verizon spokesman who said that “We’ve been working with Google for 10 months to reach an agreement on broadband policy.” Whatever the deal consists of, it could still fall apart of its own accord, and if it doesn’t, there’s still the FCC to contend with: While the FCC’s ability to regulate broadband was restricted by a federal appeals court decision in April, Verizon says both sides are committed to working with the FCC.

Regardless of the efficacy of whatever meetings are underway, this is a troubling report: It suggests that Google, for all its ‘don’t be evil’ posturing and its pro-net neutrality stance, might be willing to bend the rules for itself, perhaps with the mobile market in mind. Even if the proposed agreement allowed preferential treatment only to Google in very specific circumstances, it’d blow a hole in other net neutrality efforts by giving deregulators cover to let companies sell better broadband carriage to the highest bidder, which would mean an Internet in which only wealthy companies and interests have a chance.