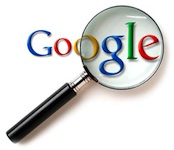 Google has announced a change to its privacy policy, and if you want to keep using their myriad services, you better get used to it because there’s no opting out. The change? Google now reserves the right to share the data it has on you between its various applications. Gmail used to be like Vegas; what you did there stayed there. Now, it’s more like a venereal disease you picked up in Vegas; it’s going to follow you around all over Google Maps.

Like all privacy policy updates, there’s two sides to the story. The Google side is that this increased sharing “will mean a simpler, more intuitive Google experience” because all the Google apps you use will know everything your other apps do. This is probably true, to an extent. It might be nice to make an event on Google Calender and then be asked if you want to share it with your Google+ friends. That is, if it’s an event like “have lots of fun on a Friday night, baby!” and not like “sit at home and cry until the hurty-pain goes bye bye.”

Of course, the other side of the argument is that Google will now be able to use the info it gets from you in one app to advertise at you in another. Maybe you’re YouTubing videos of hot, hot BBQ action and all the sudden, you’re getting BBQ ads in your Gmail. The privacy issue is also a potential concern to those using Android phones, which force you into attaching a Google account when you activate them.

Of course, how much any of this matters really depends on two things. First, is how much you mind being advertised at. For some people, it’s the principle of the thing. As far as I’m concerned, if you can show me something I actually want to click on and don’t immediately regret, keep it coming.

The second thing is how much you trust Google with your data; that point is two fold. From a hacker-type security standpoint, I feel pretty safe. I don’t give Google my social security number or anything, and I have two-step verification turned on, just like everyone should. From a “what if Google turns into big brother” standpoint, for some reason Google makes me feel all warm and fuzzy inside — the way imagine Apple fanboys feel about Apple — so I could care less; I’m protected by irrational trust. If you aren’t surrounded by a shield of “I’m not going to think about it, what can I really do anyway,” I recommend you find one fast. Either that, or get ready to go back to hotmail or something.