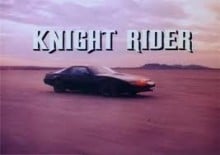 If Google has its way, Nevada will be the first state in the U.S. to permit the self-driving cars that have long been a popular pet project of the company’s to be used on public roads. The New York Times reports that the two measures that Google is pushing “are expected to come to a vote before the Legislature’s session ends in June … One is an amendment to an electric-vehicle bill providing for the licensing and testing of autonomous vehicles, and the other is the exemption that would permit texting” within self-driving cars. (That latter measure alone is likely to win Google a few points from dangerously text message-mad drivers.) Google has also revealed for the first time in the course of its lobbying push that it has test-driven its robotic vehicles over 140,000 miles of California driving, with only the occasional human intervention.

Why Nevada? Google refuses to say, but it’s a fair bet that the state’s proximity to California, where Google HQ is located, and its low population density (it’s the 9th least populated state in the US, according to 2010 Census results) are factors. One economic possibility which would appeal to Vegas excess, according to “policy experts” consulted by the Times, would be “vehicles that may park themselves, perform automatic deliveries or even act as automated taxis on the Las Vegas casino strip.”

While the prospect of self-driving cars on the road would understandably make some drivers skittish, Google says that robotic cars would actually reduce vehicle-related death and injury, in addition to increasing fuel efficiency and making roads less congested by optimizing traffic flow. Still, major legal hurdles remain — who’s liable if a self-driving car malfunctions and crashes, for example? — and it’s unclear at present how likely this bill is to pass.