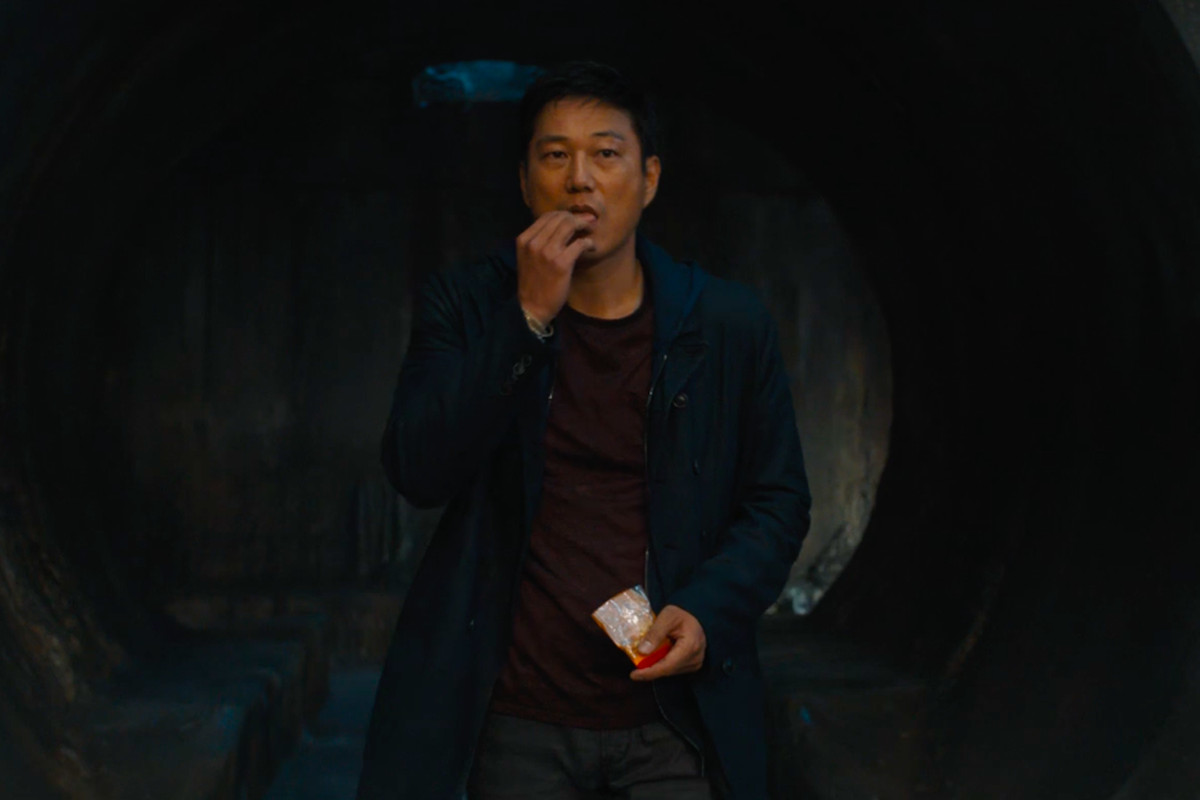 **Spoilers for F9 lie within. Read on at your own discretion.**

Han Lue, a.k.a. Han Seoul-Oh, is a character we met during The Fast and the Furious: Tokyo Drift only to discover that it is, in fact, a movie that takes place in the future, by the time we get to Fast & Furious (the fourth movie in the franchise). What I love about this franchise as a whole is that it just embraces the absurdity of it all and doesn’t apologize for it. I’ll always remember when they drove a car through three different skyscrapers while Michelle Rodriguez fought Ronda Rousey.

But one thing that always weighed heavily on me from Fast & Furious up through Fast & Furious 6, when the franchise caught up to Tokyo Drift in the timeline, is that we knew all about Han’s fate, made worse by the fact that we learned that Jason Statham’s Shaw was the one who killed Han, and not just the car wreck.

What F9 does, though, is give us Han back in a beautiful way and makes him the fun adoptive dad to Elle (Anna Sawai). We thought that Shaw killed Han and that the rest of his “family” just were okay with Shaw after learning that? No thank you. So getting to see Han again and knowing that he sent a note to his family about him being fine, even if he did make it harder to figure out than probably necessary, was a beautiful way of making up for the fact that everyone seemed okay with Han being dead for a while.

F9 basically says that Mr. Nobody (Kurt Russell) tricked the world into believing that Han was dead to protect him. Even though Giselle (Gal Gadot) had died, Han still went to Tokyo as they used to talk about. But while working for Mr. Nobody, he ended up having to protect Elle when he was trying to get information about this device that Jakob Toretto (John Cena) was then going after years later. Elle is revealed to be the one key to opening it and turning it on, so Han dedicates his time and life to protect her, which means he has to come back to his family.

Watching Han walk into the room eating, seeing as Roman (Tyrese Gibson) struggled to contain his emotions? I felt seen. Han is easily one of the best characters in this franchise. He is here to drive, have fun, and eat some stuff. And the way he walked back into their lives after all this time? Felt right and felt like the perfect way to bring him back.

Han deserved justice, something that fans wanted as soon as we realized how brilliant he was. And it just feels right. I’ve never been this happy about a character getting his redemption before, just giddy any time that Sung Kang was on screen and I just hope that we get to see more of him in the tenth movie.