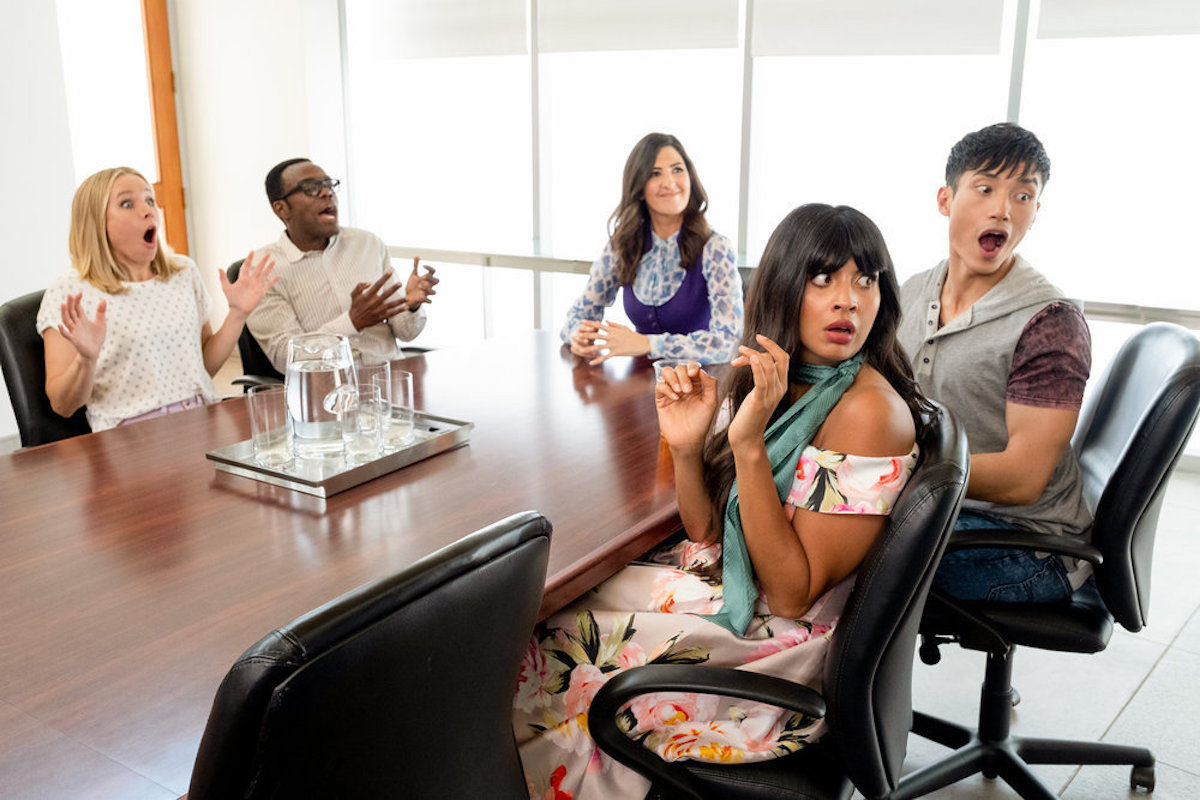 It’s here! It’s finally here! Tonight is the premiere of the fourth and (sob) final season of The Good Place. We’re so sad to see this show go, but also, if there were any series that deserved to end on its own terms, it’s this one.

When we left the gang, they were back in the “Good Place” as they originally knew it (but with far fewer demons), with the task of recreating their own experiment to see if humans can, in fact, change for the better. The stakes are high, as basically the entire fate of humankind rests in their hands. Last season, Michael discovered that the complications of modern life meant that every decision humans made had increasingly destructive invisible effects, leading to exactly zero humans getting into the Good Place for the last 500+ years.

As they were getting ready to welcome the first deceased human into their neighborhood filled with Janet-babies, Michael had a major freak-out and left Eleanor to play Architect. But the Bad Place was responsible for picking the humans, and they chose those that would do maximum damage to the original group—including Chidi’s awesome ex, Simone.

Chidi, knowing he couldn’t keep his cool in the face of this person he cared about, insisted on sacrificing himself for the group and made Michael wipe his memory. We got an incredibly heartbreaking montage of his and Eleanor’s relationship before he forgot everything.

That’s where we’re at going into tonight’s premiere, so where do we think they’re heading from here?

What are your hopes and expectations for tonight and the rest of the new season? What do you want to see/fear seeing? Do you have any theories for this season’s Big Twists?

What do you think (or hope) is going to happen to Chidi and Eleanor? And what about Chidi and Simone?? Is Eleanor going to have to watch them fall for each other all over again?

I just rewatched season three, and I was amazed by all the physical (and metaphysical) ground it covered. This season went everywhere: the Good Place, the Bad Place, Earth (and like four different countries on Earth), Janet’s void, the neutral ground of IHOP. I wonder if season four will scale back and only stay in the new fake Good Place, or if it’ll be as expansive.

And then there’s the big question of Jeremy Bearimy. The show introduced this concept last season, that time in the afterlife is anything but fluid, that it loops around and doubles back on itself. In last season’s finale, before Chidi had his memory wiped, he promised Eleanor, “We’ll get through this, and then you and I can chill out on the dot of the i forever.” Jeremy Bearimy, baby. 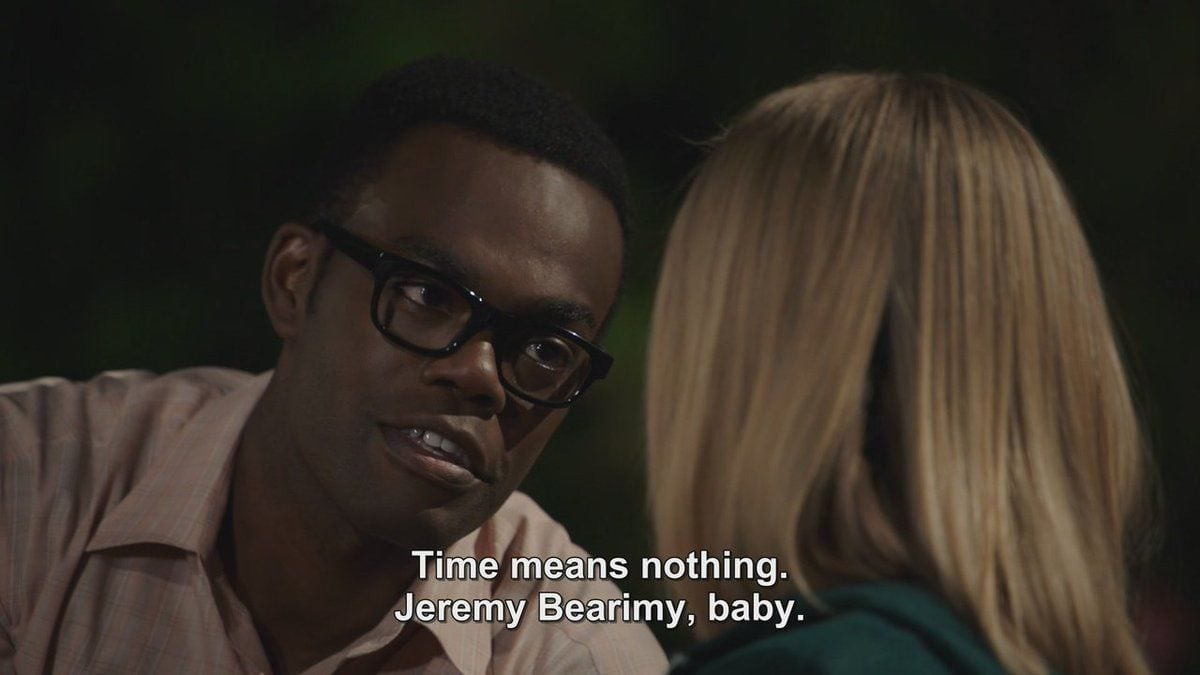 That has to be what happens, right? This season has to end in a way that Chidi remembers his past or rejoins that timeline. (Of course, this show never gives us what we expect.) Speaking of timelines, if things go haywire in this new experiment, can they just Jeremy Bearimy over to a different one?

What do you all think this show has in store for us?