If You Have the Creds, You Can Buy Luke Skywalker’s Empire Strikes Back Blaster 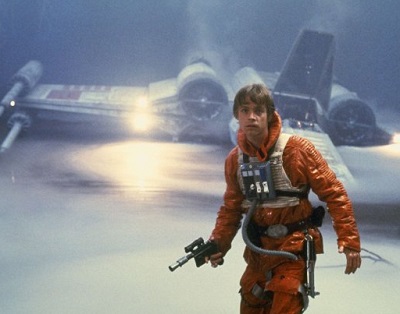 The sad truth is that not everyone was born to be a Jedi. That’s why this sale might be right up your alley, though you might need to take a loan out for this legendary blaster pistol. You can own the very same blaster (a DL-44 pistol, mind you) that Mark Hamill used while filming The Empire Strikes Back. It’s up for auction right now with the minimum bid sitting at $200,000.

Apparently people would rather have good blasters at their sides than hokey religions—Luke’s original lightsaber (aka Anakin’s) was sold for about $240,000. If The Daily Express‘ expectations about the actual price for the blaster are accurate, we might see the blaster be sold for somewhere around $300,000. Though the price differential might make sense once you consider the fact that Luke’s lightsaber seems to be cursed. Nobody wants to pay hundreds of thousands of dollars to lose a limb, right? R … right?

Nobody’s bid on it quite yet, but expect that to change in the coming days. The auction site also mentions how it came by this rare prop, saying that Mark Hamill donated it to a young child in the UK after they both worked on British children’s television show Jim’ll Fix It.

So, uh. Can I borrow some cash?