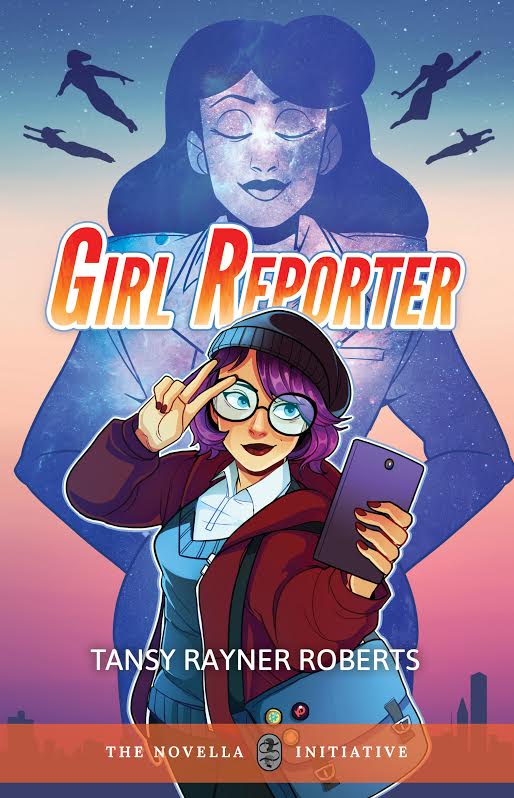 Vogue has declared us to be in the middle of a queer YA revolution, so I guess it must be true?

It’s exciting to see so much support right now for LGBTQIA protagonists in YA fiction, as well as support for diverse YA fiction generally. In truth, it’s worth noting that queer YA is neither a “trend” nor something specific to 2017 … but I am not going to argue with an idea that promotes both books and diversity!

From a personal perspective, I’ve been passionate about writing queer characters into fiction for a long time now, not just because representation and diversity are important (they are), but because I find stories boring when everyone is straight.

It’s as simple as that.

My world is full of people with a variety of sexual and romantic identities, and relationship models, and I’m hardly unique in that. Why should our fiction be less varied than real life?

In YA fiction in particular, with a primary audience of smart, clued-in teenagers, it’s important that everyone gets to see themselves at the center of a story. I also think that it’s important for fiction to show everyone that queer, trans and questioning young people can be heroes. It’s not simply about representing minorities. It’s about representing the universe as it actually, realistically is: wide, multifaceted, and full of many different kinds of people.

I like to write bisexual protagonists because there are never, never enough out there in media. I also love the way that this opens so many different romantic possibilities in a story, which works for me, because I rarely plan exactly what is going to happen, and often, my characters have their own ideas about who they want to kiss.

I like to write fun adventure stories because the world needs those right now, too.

I wrote the short story “Cookie Cutter Superhero” a few years ago for the brilliant YA anthology Kaleidoscope, which championed diverse teen protagonists. The protagonist, Joey, and her transformation into a superhero in that story was about disability, and how superpowers affected her own sense of body image and autonomy. The second story in the same universe, “Kid Dark Vs the Machine,” was about how messed up it is to let teenagers become superheroes, but an important theme in that story was about young men having mentors, and how it’s okay for those mentors to be women.

I didn’t really mean to build a superhero universe in my head with these stories except, of course, I did. So Girl Reporter, my new release, is the story where I finally admit I’m writing about a bigger world, a whole history of superheroes—and quite a few of them are queer.

The central narrative of Girl Reporter is about two women: Friday Valentina and her mother Tina, who have dedicated their lives to the media coverage of superheroes. It’s about how news reporting has changed over the decades, and that journalism in the 21st century is a whole different beast from what it was like 30 years ago. It’s about women in the media industry, and the bullshit they have to deal with … something that’s even more relevant than ever in this post-Weinstein discourse reality we are currently experiencing.

Friday is a post-modern millennial bisexual vlogger and a self-aware young woman—so comfortable and casual with her sexuality that she takes it for granted. She has grown up in an environment where this aspect of her identity is supported, which is wonderful but also a very specific kind of privilege. While Friday’s main goal in the story is to rescue her mother from a terrifying extra-dimensional space tyrant, her blasé attitude towards sexual identity is vital to her emotional journey. She’s going to have to come to terms with the fact that others have had a more difficult road in acknowledging who they love, and not everyone can afford to be (or is willing to be) a poster child for Being Queer in Public.

Girl Reporter has fight scenes, spandex, team-building, friendship, found family, spaceships, alien flora, banter and steamy make-outs with superheroines. But it’s also a story about how other people’s sex lives are none of your business, even if (and this is very important) you are a popular vlogger with a lot of followers on Twitter. There are stories that are not yours to tell.

I believe that LGBTQIA representation (of characters but also #ownvoices authors) needs to be a bigger, more respected portion of the marketplace. As a reader even more than a writer, I want queer YA fiction, of all genres and subgenres, to explode all over our shelves, producing more and more great books. Every generation develops a new language around sex, romance and friendship, and what we’re seeing now is a wave of teenagers who are figuring themselves out a lot earlier, and with a great deal more knowledge at their fingertips than any adult I know had at the same age. That, to me, suggests that some of the greatest romances and friendship stories are yet to be written—and they’re going to blow our minds.

Girl Reporter is out 12/18/17 from Book Smugglers Publishing.

TANSY RAYNER ROBERTS is an award-winning writer of science fiction, fantasy, feminist essays, and humour. She lives in Tasmania, Australia, with her husband and 2 superhero daughters.

Tansy is a co-host of Galactic Suburbia and Verity, and also has her own weekly fiction podcast, Sheep Might Fly, where you can listen to her reading fiction serials.

She has a PhD in Classics, and still obsesses about ancient literature when she isn’t busy obsessing about superheroes, musketeers and fictional hockey. You can find her on Twitter, Tumblr and Facebook.