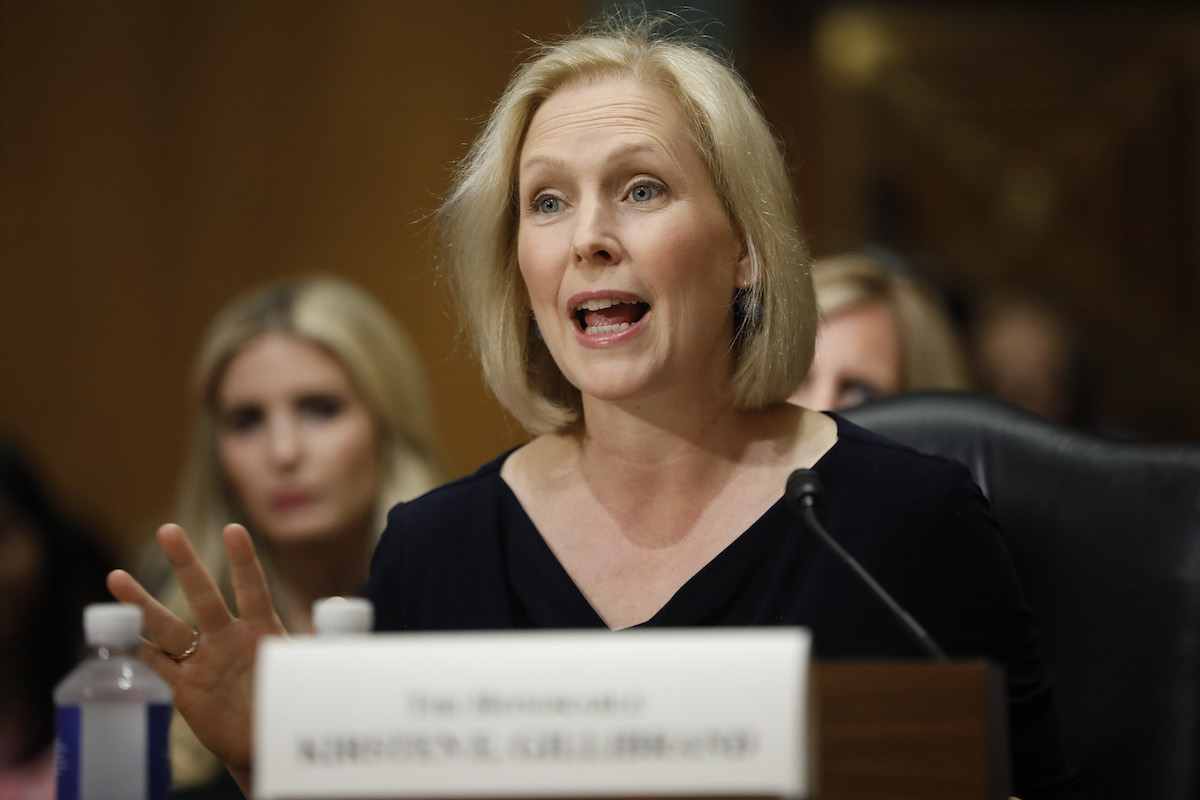 It’s been nearly a year since Al Franken resigned from the Senate over multiple allegations of sexual misconduct, and according to a new article in Politico, a lot of prominent Democratic donors are still mad.

Their anger isn’t directed at Franken, though, who was accused of groping and otherwise harassing at least eight women over a number of years, both during his time as a comedian and radio host, as well as after he took office. No, these donors are angry with Senator Kirsten Gillibrand, who was vocal in her opinion that Franken should resign.

The donors and fundraisers Politico spoke to said Gillibrand’s reputation was “stained,” that she was “opportunistic,” would “eat her own,” and that “she’s not to be trusted.” Oddly, though not surprisingly, they had nothing to say about the actions Franken had been accused of.

Whether they were even asked those questions isn’t clear. The closest the article comes to addressing his behavior is to say that he “remains in the eyes of his supporters one the Senate’s greatest champions for women—even after his resignation.”

But no one in the article actually comments on Franken’s alleged actions, only the reaction to them, and specifically how one woman reacted to them, even though, while Gillibrand was the first senator to call for Franken to step down, she was nowhere near the only one doing so. More than 30 Senate Democrats called on Franken to resign, including Senate Minority Leader Chuck Schumer. Where is the party outrage towards him?

And it’s not like Franken handled his fellow senators’ criticisms well at the time, at least not from a public perspective. He insisted that a Senate investigation would clear him, but refused to take part in such an investigation, choosing instead to resign.

And of course Franken never articulated a defense that would allow his colleagues to support him with confidence. In the absence of that, mounting pressure for his resignation was inevitable.

But the donors choose to blame Gillibrand. The problem there, which is one we’ve seen over and over in relation to all kinds of #MeToo stories of sexual misconduct and abuses of power, is that they never once acknowledge that there are real women at the core of this story.

They talk about Franken being useful as a weapon to take down the Trump administration, and they’re angry that, as they see it, Senator Gillibrand took that weapon away from them, but they never once even mention the idea that Franken could, himself, be responsible for the loss of his career. The focus is entirely on the reaction to his behavior, never on his actions that sparked the response. It’s a dehumanizing disconnect we see all the time.

Gillibrand, along with the other senators who shared the opinion that Franken should resign, focused on Franken’s alleged actions. They believed that the behavior he had been accused of precluded him from being the kind of leader he presented himself to be—that being a “champion for women” didn’t mean anything if he demonstrated such gross disrespect for individual women.

And if we choose to put that “champion” above actual women—as if the groping of a few constituents is a reasonable sacrifice to make to the Gods of a Greater Good—it means we never really cared about women to begin with.

Among other things: Franken put himself forward as a voice for sexual assault survivors, and therefore worked closely with Gillibrand. If she hadn’t been the first to denounce, his misconduct would have been used to undermine her in all her future work. https://t.co/H92L1iqXCS

That decision might have been unpopular among some members and supporters of the party, but at least it took the women coming forward as seriously as they deserved. No matter what anyone’s feelings on Franken’s resignation may be, it’s ludicrous to single out one woman as having been the cause of his downfall, and to condemn her for what was essentially just paying due attention to his alleged actions.

A woman being evaluated on her reaction to a man’s bad behavior. Tell me again about her opportunism, and all that fame and fortune awaiting women willing to challenge powerful men. This is just so silly and sexist. https://t.co/GL8XRKsS1K

all @SenGillibrand did was believe the women, at a time the world was finally demanding women be believed (a position she has always held). Roy Moore, a man accused of several sexual offenses was on the ballot in Alabama and lost. We won’t go back. https://t.co/p8fCqRlEVN

Blaming @SenGillibrand for Franken is absurd. He is responsible for his own actions. https://t.co/FUIMqNdS5r

I’ve gotten into (sometimes screaming) arguments with donors about this: Do not hold the woman accountable when the man makes a mistake. https://t.co/FyrmRV24OO

Gillibrand has been defending her decision to speak out against Franken for nearly a year now. In a statement to Politico, her spokesperson said it perfectly:

“Leadership means standing up for your values when it’s hard. Kirsten has never been afraid to stand up for what she believes in and never will be. You can disagree with her views, but holding her accountable for someone else’s behavior towards women is wrong, and her values aren’t for sale,” Gillibrand spokesperson Glen Caplin said in a statement to POLITICO. “One year later, after the special election in Alabama, the Kavanaugh hearings and the historic number of women who took back the House in the midterms, there is just no case to be made the Democratic Party would have been better off with a different outcome. We have to put our morals and the valuing of women ahead of party loyalty.”