Protestant Churches in Germany to Offer Free Wi-Fi — Come For the Internet, Stay For the Spiritual Guidance 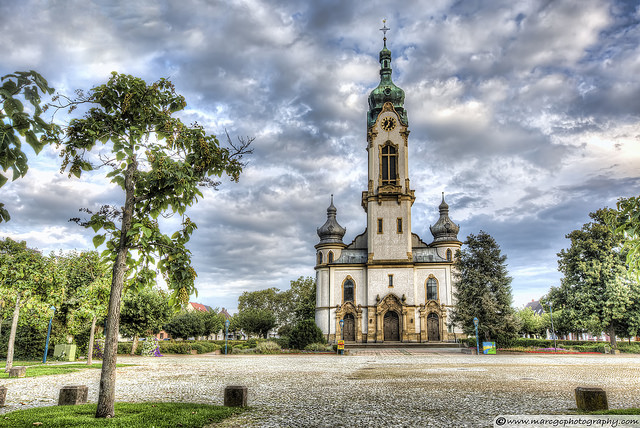 There’s a surprising lack of free wi-fi in Germany, especially considering how developed the country is. That’s because of a German law that makes network providers responsible for any illegal activity. Sure, this protects intellectual property and cuts down on piracy…but it also makes lots of places afraid to have free wi-fi. You know who’s not afraid to have free wi-fi? Protestant churches, that’s who. And hey, if you decide you wanna stick around for a mass or something, that’s totally cool, too.

To commemorate the 500th anniversary of Martin Luther’s Reformation, all Protestant churches in the former East Germany (220 in Berlin, and eventually 3,000 total) will offer free Wi-Fi to guests. And yes, they’re calling them “Godspots.” Because humor is important when marketing your religious institution.

According to Gizmodo, “The hope is that it’ll show that churches aren’t just for sermons and bells, but also ‘a gathering place for communication,’ says spokesperson Christoph Heil. The Reformation itself wouldn’t have happened without the printing press, so why can’t free internet have a similar effect?”

This is actually a really great thing. Churches in general often provide things like food pantries/soup kitchens and places for those without shelter to stay. They often provide for people no matter their faith, because that’s the Christian thing to do. With the Internet having become so important in people’s day-to-day life, not having access to it could be detrimental to a person. It makes sense, then, that churches would offer something like this.

And yes, they are trying to combat a steady decline in congregants since the fall of the Berlin Wall, but there’s no indication that going to mass or being one of the faithful is a prerequisite for getting in on that sweet, sweet wi-fi goodness. The faith is just, you know, there if you need it.

It reminds me of the current state of libraries as an institution. They are constantly competing against people buying books digitally, as well as other forms of content and entertainment, and must remind people that libraries are about more than just borrowing books. They’re about providing those who can’t afford books access to them. They’re about being a community center for events and learning. They’re about providing resources that can’t be found anywhere else. It seems that the Protestant church in Germany is an institution similarly struggling to maintain relevance in an increasingly secular world.

Churches, too, are a place where one can find community, and what better way to do that than with the promise of being able to connect to the biggest community on Earth? (I mean the Internet, though Christians are a pretty big group, too.)