And I'm already tired of it. 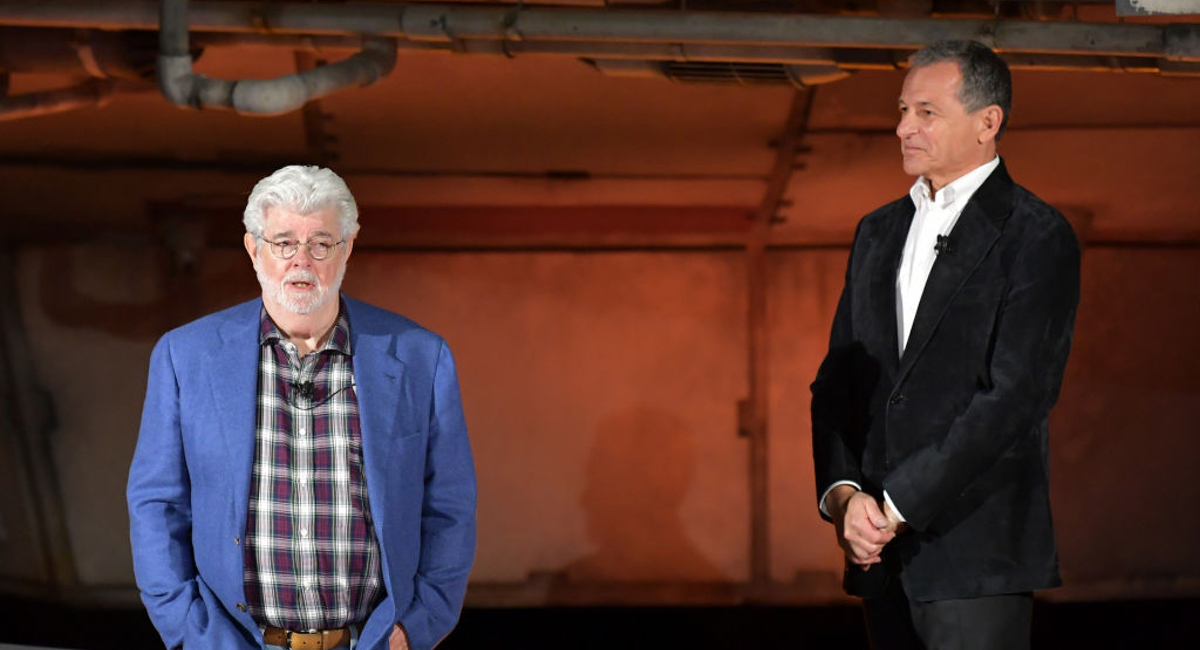 George Lucas, famed creator of Star Wars, has been mostly silent on what stories he wanted to tell with potential Star Wars sequels after he sold the company to Disney. In Bob Iger’s new book, we get a glimpse into Lucas’s thoughts on the sequel trilogy, and I’m already tired of the discourse surrounding it.

According to The Hollywood Reporter, Iger wrote that

“George immediately got upset as they began to describe the plot and it dawned on him that we weren’t using one of the stories he submitted during the negotiations. George knew we weren’t contractually bound to anything, but he thought that our buying the story treatments was a tacit promise that we’d follow them, and he was disappointed that his story was being discarded. I’d been so careful since our first conversation not to mislead him in any way, and I didn’t think I had now, but I could have handled it better. George felt betrayed, and while this whole process would never have been easy for him, we’d gotten off to an unnecessarily rocky start.”

This continued even as Lucas saw the finished Star Wars: The Force Awakens. Lucas “didn’t hide his disappointment. ‘There’s nothing new,’ he said. In each of the films in the original trilogy, it was important to him to present new worlds, new stories, new characters, and new technologies. In this one, he said, ‘There weren’t enough visual or technical leaps forward.’ He wasn’t wrong, but he also wasn’t appreciating the pressure we were under to give ardent fans a film that felt quintessentially Star Wars.”

I will always have respect for Lucas for creating Star Wars and for the worldbuilding he’s done. I respect him not necessarily liking that they didn’t go with his stories for the sequel trilogy, because he’s allowed to have his own thoughts on the franchise. But as Star Wars fandom faces the angry fanboys who are furious that women and characters of color are central to the narrative and who glorify Lucas’s work as the only real Star Wars, I wish that this maybe hadn’t been publicized.

It is fascinating to see those who blamed Lucas for ruining Star Wars with the prequels now praising him as the only person who truly gets Star Wars, but it’s also exhausting to deal with the fans who think that the franchise is ruined because of Disney. Lucas’s words will only add fuel to the fire, and they’ll use that to harass and torment fans of the sequel trilogy.

One day, when the sequel trilogy is over and done with, I would love to read about the creation of the characters and what Lucas’s original plans were, because we’ve heard rumors from Luke being a dad to the films wanting to focus on midicholorians. But now isn’t the time. The narrative should really be focused on upcoming final film The Rise of Skywalker, not what Lucas would have done otherwise.

It is worth noting that reps for Lucas said that he found The Last Jedi to be beautifully made, according to The Hollywood Reporter. So even if he was disappointed that they didn’t go the route he wanted for the sequel trilogy, he seems to be a fan of how the trilogy has progressed.

This is Iger’s book, so more power to him on including this. I highly doubt Iger thinks about what goes on on Twitter; if the film makes money, that’s probably enough for him. But I wish that this wasn’t coming out now, because the particularly vicious subset of Twitter that hates the sequels loves to latch on to any statement that seems to imply the cast and crew hate the sequels.

As I said above, I have complete respect for Lucas having his own opinions on the franchise. But right now, I don’t feel like we need to hear about how he felt betrayed by the sequel trilogy’s initial concept because they didn’t use his stories. Maybe once the films are all out and we know the full story, and what Lucas’s plans were, we can talk about that. For now, I just want to focus on the upcoming film, without the extra drama.