Will Galactus Be Our Next MCU Big Bad? | The Mary Sue 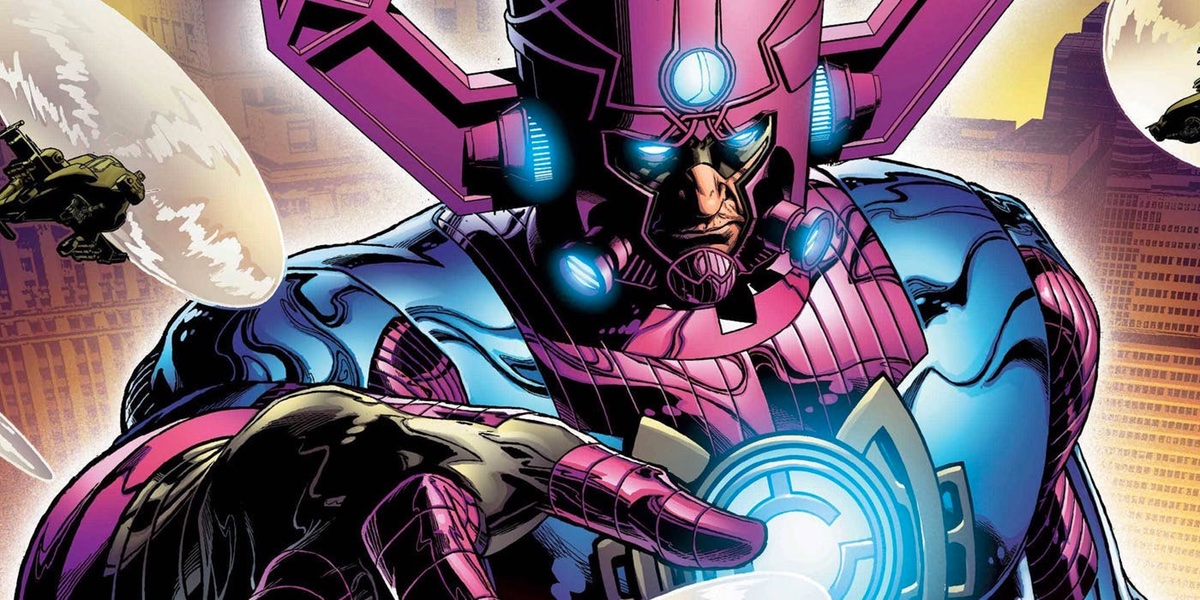 As Endgame brings the Infinity Saga to a close, it’s almost time to turn our thoughts forward to see what will be next for the MCU. Already, people are theorizing who the next villains will be, as Thanos will undoubtably be killed off or put out of commission following Endgame‘s conclusion. With Thanos out of the way, who will be the next overarching villain to haunt our heroes as they move forward?

I wrongfully assumed the Kree-Skrull war and the Secret Invasion arc would be the cornerstone of some of the drama going forward in the MCU, with the Skrulls infiltrating Earth. However, Captain Marvel went for a more sympathetic Skrull portrayal with Talos and his family, and I don’t think they would backtrack on that for the sake of re-doing the Skrull invasion on Earth. Skrulls and Kree will probably play a role in the MCU going forward with the Captain Marvel mythos, but I doubt Secret Invasion will happen.

With the Skrulls out of the running, Galactus might be a good option for a Big Bad then. Galactus is the oldest living thing in the cosmos, set on balancing things between Eternity and Death. While he can weaken when he hasn’t fed on planets, he’s an immensely powerful being that does not stop. He’s even created a weapon called the Ultimate Nullifier, that is capable of destroying and recreating the multi-verse. He uses his Heralds—people he’s imbued with a small fraction of his power—to find which planets to consume.

Cinematically, Galactus has appeared in Fantastic Four: Rise of the Silver Surfer, where his appearance as a giant space cloud was mocked and not well received by fans. If he shows up in the MCU, he’ll most likely take a more humanoid appearance and don his famous armor.

Comic Book Resources theorizes that Galactus will consume the Skrull’s new homeworld, similarly to how he consumed their original home in the comics and forced them to become nomads. Writer Gary Walker thinks that if Galactus consumes the Skrulls’ new home, they might be driven to darker deeds by such a loss and therefore the Secret Invasion arc will then happen. However, I think that Marvel would have a hard time selling suddenly evil Skrulls after we’ve seen them as the victims of the Kree-Skrull war.

Galactus might inspire comparisons to Marvel’s current Big Bad. Thanos is also hell-bent on balance, and he’s a big purple cosmic entity. If Marvel pushes Galactus next, it might seem as though Marvel is re-treading their same steps with yet another cosmic Big Bad who wants balance and who wears a lot of purple. Thanos and Galactus might be different, but audiences might see it just as more of the same.

The MCU works so well as a story because they’ve been building towards Infinity War and Endgame for eleven years now. It’s likely they’ll try to replicate that with a new Avengers line-up, led by Carol, T’Challa, and Peter Parker, and give them an ultimate enemy to fight towards as well. Galactus could very well be that villain, especially with the cosmic elements of Captain Marvel and The Eternals. Galactus is probably the safest bet for the next big villain, and I’m excited to see what Marvel does with the character.