The One With the Unexpected Progressive Moments in Friends 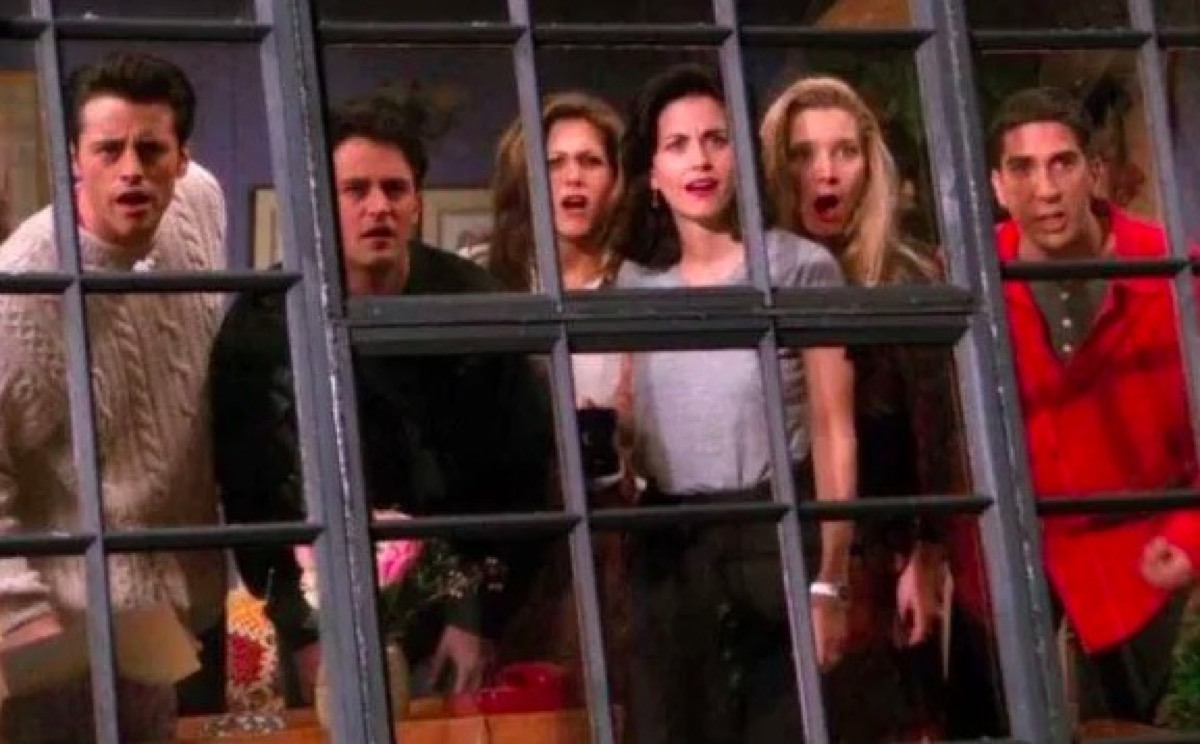 Friends, the sitcom that’s still capable of causing a panicky frenzy when Netflix threatens to remove it from its catalogue, has turned 25 this year, and let’s face it: It hasn’t aged particularly well.

Acknowledging this is healthy and far from denying the show’s pop cultural impact or the great performances by Jennifer Aniston, Courteney Cox, Lisa Kudrow, Matt LeBlanc, Matthew Perry, and David Schwimmer. The show has plenty of problems (its overwhelming whiteness comes to mind), as a variety of think pieces has addressed in recent years. Yet, it also features some unexpectedly progressive moments, for its time, that are worth a rewatch.

The One Where Phoebe Sings to Kids About Homosexuality

In season two (“The One After the Superbowl” part 1), Phoebe is hired to sing for children at the public library. She soon becomes knowns as “the lady singer who tells the truth,” due to her candid lyrics. When she’s inevitably fired, her young fans track her down at Central Perk, where she gives an intimate performance, normalizing homosexuality in the process.

Okay, she might not be the greatest advocate for bisexuality—and the shows itself is biphobic at times, notably failing to refer to Carol as bisexual though she’s had relationships with men and women—but Phoebe sings to a bunch of kids and their parents about accepting people of all sexualities. In 1995. Still not quite a hit like “Smelly Cat,” but hey, not bad.

In season two (“The One With The Lesbian Wedding”), Ross’s ex-wife Carol (Jane Sibbett) marries her girlfriend Susan (Jessica Hecht) in the most ’90s ceremony ever. (Their hat game was strong.) And lesbian icon Lea DeLaria, a.k.a. OITNB’s Boo, is in attendance.

Although we never get to see Susan and Carol kiss passionately onscreen—while all the many other straight couples on the show regularly make out—this is a sweet, meaningful moment. Ross, a character displaying a pretty homophobic attitude at times, initially opposes the marriage. However, he encourages Carol and walks her down the aisle when he learns her homophobic parents won’t attend the ceremony.

When the episode aired in 1996, the state of New York didn’t recognize same-sex marriages, hence the show was ahead of its time, in this instance. Not only that, but it won a GLAAD Media Award for Outstanding Series in 1995, and was nominated in 1996 and 1997.

The One Where Ross Confronts His Toxic Masculinity

Friends forces Ross to confront his toxic masculinity in season nine, which aired in 2002, when acknowledging toxic male behavior was even rarer than it is today. In “The One With The Male Nanny,” Freddie Prinze Jr. stars as Sandy, a nanny Ross and Rachel hire to take care of Emma.

Sandy, who was supposed to be played by Tom Hanks, is a natural: He’s great with kids and sensitive, traits traditionally associated with women—or gay men, as Ross points out. Except Sandy is straight.

“He’s got to be at least bi!” Ross speculates, significantly referring to bisexuality for the first time only when a man challenges gender roles. Ross eventually fires Sandy, admitting he’s not comfortable with a guy who’s quite so sensitive. This is disappointing behavior from Ross, but the episode handles it in a very clever way. “It’s my issue,” Ross tells Sandy, revealing something about his relationship with his father.

“When I was growing up, he was kind of a tough guy… and I always got the feeling he thought I was too sensitive,” he says. “I remember I was in my bedroom, playing with my dinosaurs, and my father walks in and says, he says, ‘What are you doing with those things? What’s wrong with you, why aren’t you outside playing like a real boy?’”

Played for laughs, this moment is nevertheless quite powerful, shedding light on so many boys and men pressured to act tough just because it’s supposedly the “manly” way to behave, and how that warps their perspective.

The One Where Women Enjoy Sex as Much as Men

Friends might feel sexist at times, but it also has some empowering moments, recognizing women as sexual beings. Rachel, Monica, and Phoebe enjoy dating and sex, and are aware and unashamed of their sexual needs and know how to communicate them, something many real women still struggle with.

Chandler takes these tips very seriously, to the point that his girlfriend at the time thanks Monica in tears afterwards. It’s no coincidence women were crucial in the show’s development, from co-creator Marta Kauffman to the (few) women in the writing room and behind the camera.

The One Where Women’s Reproductive Rights Come To The Fore

Women in their 30s are still pushed into motherhood as the real fulfillment of a woman’s life. It’s interesting, then, that Friends’ female characters, who we get to meet when they’re in their late 20s, decide freely how and when to become mothers, if at all.

Monica has always wanted to have children. Therefore, learning she and Chandler can’t conceive is heartbreaking. The couple ends up adopting, but they openly talk and consider other options first, such as sperm donors, IVF, and surrogacy.

Phoebe, who doesn’t seem to be interested in becoming a mother, carries her brother Frank Jr. and his wife Alice’s triplets, but doesn’t have children of her own. Rachel has to deal with an unplanned pregnancy in season eight. When she decides to keep the baby, this is completely her choice. It never feels like a decision she makes because of societal pressures or pro-life beliefs.

All in all, these are just a few decent bits in a show that’s not as enlightened as we’d hope, but that hordes of fans still love so much.

Friends’ characters are far from perfect. They have their blind spots, and so does their audience. Realizing how flawed our favorite fictional characters are makes it easier to understand how our unconscious bias works and affects our behavior.

A critical rewatch doesn’t diminish the show’s worth. If anything, it prompts us to become better viewers, and it helps appreciate these few groundbreaking moments even more.