Foursquare Had Its Most Signups Ever Yesterday: The Day That Places Launched 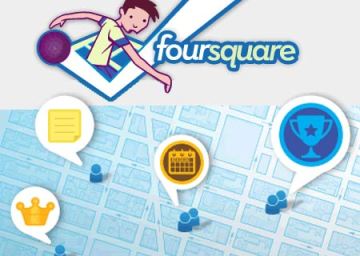 Yesterday, Facebook launched its Foursquare killer, Places, a service that allows Facebook users to broadcast their location to their social network. At least, if you live in America and have an iPhone.

Compatibility with Windows and Android phones is promised but not available yet.  In the absence of a Facebook feature to turn to, it looks like some of those non-iPhone or non-American consumers who didn’t realize they needed a geolocation based blogging platform in their lives until now have already found a replacement.

That is, Foursquare, which had its biggest single day of new user sign ups ever yesterday.

Thanks to the Places API, Facebook is currently serving as a platform for services like Foursquare and Gowalla. And thanks to their 500 million users, Facebook is introducing the concept of location to millions of new users. It shouldn’t be surprising that some of those users are now interested in Foursquare after yesterday’s announcement (and subsequent tidal wave of press).

However, Techcrunch cautioned against Foursquare resting too much on its laurels:

Right now, Facebook’s location offering is very bare-bones, but you have to believe they will flesh it out more as time goes on… Foursquare clearly has a plan for how they’re going to evolve going forward and stay ahead of Facebook. But they need to execute and make sure they can scale with all this new growth.

Oh, and just in case you were wondering, how to get rid of Facebook Places, Life Hacker has you covered.

You can read the full Techcrunch article here.