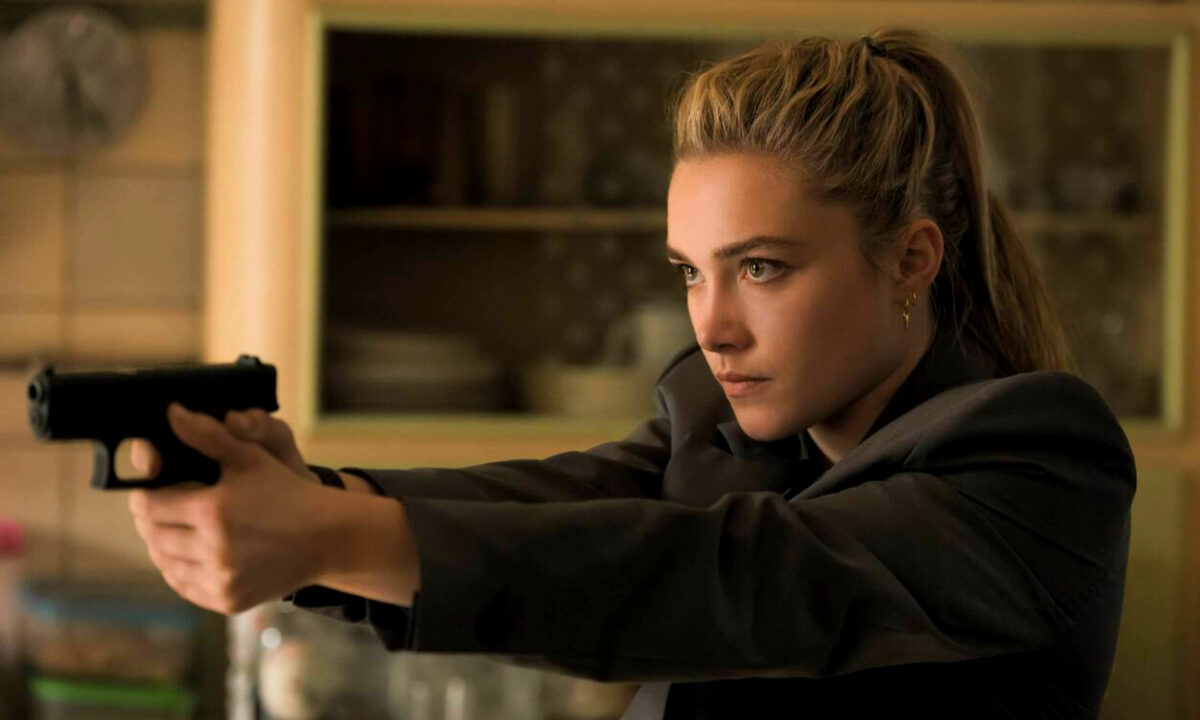 Florence Pugh’s Yelena Belova was introduced into the Marvel Cinematic Universe in Black Widow and instantly became one of my favorite characters in the entire franchise. But my heart is still with Wanda Maximoff as well. So having Florence Pugh talk about her love of Scarlet Witch and how she’d want to see the two to meet up? I am truly winning.

Right now, we know the future for Yelena lies in Hawkeye. In the post-credit scene for Black Widow, she gets a picture of Clint from La Contessa Valentina Allegra de la Fontaine, who tells Yelena that he is the man responsible for her sister’s death. So we know she’s going to at least see Clint in the show and we don’t know how she will react to seeing him. (We suspect she might be after him at first, but will eventually switch sides.) Other than Hawkeye, however, we’re not sure what her future holds for her. But Florence Pugh has some ideas of who she’d like Yelena to meet.

In an interview with FirstPost, Florence Pugh was asked which character she’d want to team up with in the Marvel Cinematic Universe and honestly, we couldn’t agree more with her answer:

“I’ve always been intrigued by the Scarlet Witch [Elizabeth Olsen]. Just because I really like how equally bizarre she is as well. I think if Yelena were to bump into anyone from the MCU who is just as opinionated and in love of taking the p*** out of every single one of them, then I think she’d probably find Loki [Tom Hiddleston] very interesting because he kind of does that too.”

Here’s the thing: They—Wanda and Yelena—probably will get to see each other. We’re in the midst of rebuilding the Avengers, and there seem to be big plans for both of these pivotal characters. So Yelena having to meet and deal with Wanda at some point makes sense. I just know that I would combust seeing my favorite girls together and working in tandem (maybe?).

But Pugh also hit the nail on the head in terms of who else Yelena might get along with. Because Yelena and Loki in one scene? It’d just be the two of them judging everything, rolling their eyes theatrically, and snarking about their heroic big siblings. I do think that they could even be friends.

We’re in an exciting era of Marvel. Everything is sort of up in the air and it is all getting reorganized. There will be new people in charge and new teams are being formed. This means that we theoretically could have a team that would put Wanda, Loki, and Yelena all in the same space. After all, weirder things have happened in the world of Marvel—so why not have Yelena, Wanda, and Loki be the judging squad just standing on the side? Throw Bucky Barnes in for a fun time and we’d have a fun new angst-ridden peanut gallery.