Reviews Say the Flatliners Remake Is Dead on Arrival 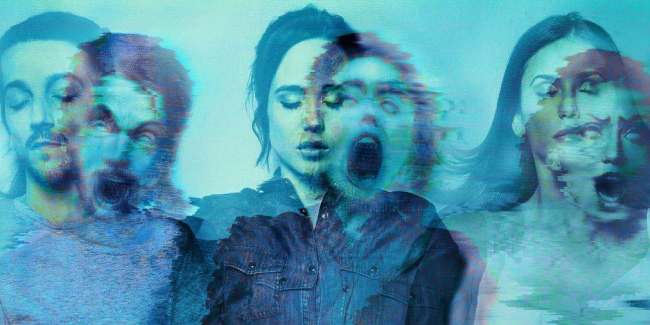 Although I’m terrified of horror movies, I watched the Flatliners trailer because I am married to James Norton. The premise is intriguing, and I’ve been waiting to hear the movie’s prognosis. Unfortunately, things aren’t looking good for Flatliners.

Drawing from the 1990 Flatliners plot of young doctors who experiment with the boundaries between life and death with disastrous consequences, the new movie seems to only inspire unflattering comparisons to the original. (It’s billed as a “sequel” rather than a reboot—and Kiefer Sutherland, star of the first Flatliners, shows up here as an older doctor.) The main draw appears to be the young, attractive cast: Ellen Page, Diego Luna, Nina Dobrev, Kiersey Clemons, and my husband, James Norton. But from the reviews rolling in, the actors aren’t given much direction or a good script to work with, and it’s unclear what made the Flatliners update necessary in the first place.

Cheap-looking and shoddy, Flatliners utterly fails to generate any scares over its 110 minutes, although it does inspire a pervasive sense of panic about Ellen Page’s career.

[…] In a way, it makes a lot of sense that a picture about doctors with a cavalier attitude towards humankind’s impermanence would be at the center of a movie that wantonly wastes two precious hours of our lives. These renegade filmmakers will stop at nothing to experiment with the boundaries of mortality.

The original wasn’t a great film, but it worked well mainly because of the chemistry with its cast. The remake lacks that entirely, with characters that are really hard to care about.

Director Niels Arden Oplev gives the whole thing a made-for-TV, soap opera aesthetic, with a cast that look like models pretending to be doctors.

The worst problem, however, is the script. It stinks.

There’s some lame scares and then a message about atonement or something, made all the more annoying by ruining what could have been such an interesting film.

… the exploration of spiritual issues through scientific progress goes all the way back to Mary Shelley’s Frankenstein, and it’s just as intriguing and relevant as ever. Flatliners is at its best when it’s an old-fashioned sci-fi yarn, complete with headsets covered in little Christmas lights, dramatizing that thin line between actual science and so-called “mad science,” which is driven more by ambition and obsession than anything resembling common sense.

But about halfway through Flatliners, the Ghosts of Screw-Ups Past show up and the film devolves into a series of familiar horror movie clichés with ghosts in the background, creepy noises coming out of radios and tearful confessions into camera phones. The complex ideas that Flatliners introduced in the first half give way to a simplistic moral parable.

Flatliners had every opportunity to improve on the original, and it doesn’t take most of them.

While the talented cast — especially principals Ellen Page, Kiersey Clemons, Diego Luna, James Norton and Nina Dobrev — do as well as can be expected with the (excuse the weak pun) pretty flat script, this remake likely will be all but forgotten shortly after it hits multiplexes this weekend.

Not every remake is unnecessary, but the idea only works when the new movie takes the basic premise and takes it in new directions. A good example would be David Fincher’s expansion of the Danish production of “The Girl With the Dragon Tattoo.” Cinema fans will pick up on the irony here: that original filming of Stieg Larsson’s wildly popular novel was helmed by none other than Niels Arden Oplev — the fellow who directed this new, and definitely not improved, “Flatliners.”

The concept of Flatliners is an interesting one, to be sure. And save for a little bit of patchy medical science here and there, it is told with just enough believability to let you enjoy it without getting hung up on the impossibilities.

And there are some suitably trippy afterlife sequences as well, which are visually very well done.

But the story is just so painfully cliched and pedestrian that it was hard to feel very invested in it.

And in lieu of building actual tension in the story, the dialogue is instead peppered with characters repeatedly shouting things at each other like “RELAX!” or “CALM DOWN!”, lines that sound even sillier when delivered at times when the other person simply isn’t that stressed out.

They are disposable little nuggets of dialogue that exist only to tell the audience “THIS IS REALLY INTENSE RIGHT NOW!” even though it really isn’t.

It’s rare, when rounding up reviews, to find such a total consensus. While I haven’t seen anyone call Flatliners the worst, all seem to agree that the movie is uninspired, poorly written, and loses steam in the parts that are supposed to be the scariest. This is probably a movie that will hold your attention one day on an airplane.

Some reviewers suggest simply watching the original rather than spending your money to see the sequel, but I won’t tell you what to do because my lawfully wedded spouse James Norton is in this film and he needs your support. Actually, maybe you should just spend the weekend watching him in Grantchester. You can thank me later.