Five Classic Books By Female Authors You May Not Have Read 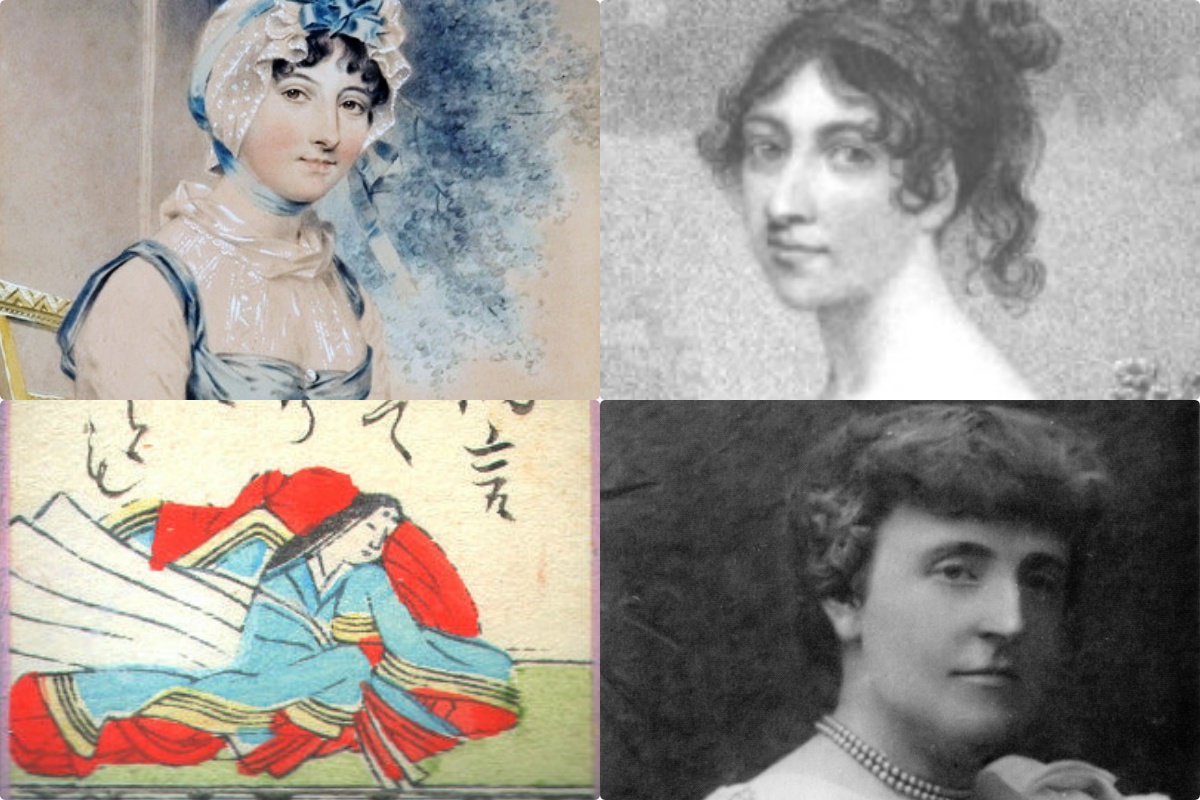 Maria Edgeworth was an Irish writer in 19th Century. She was one of the first realist writers in children’s literature and was a significant figure in the evolution of the novel in Europe. She held advanced views, for a woman of her time, on estate management, politics and education, and corresponded with some of the leading literary and economic writers, including Sir Walter Scott and David Ricardo.

Belinda was her second publication in 1801. One of the inspirations for late Jane Austen works, Belinda is very much a “society novel” that goes through the difficulty of young ladies of that time to try and marry for love rather than pure financial gain. It tells the story of young Belinda Portman, a seventeen-year-old woman who is sent by her aunt, Mrs. Stanhope, to stay with Lady Delacour, a lady in high society. Belinda soon realizes that Lady Delacour is concerned only with popularity and the admiration of London’s high society and but is very unhappy at home. She is also dying of breast cancer, which has prompted her to give up all hope that she could live a good life. As such, she is estranged from her daughter and argues with her alcoholic husband. Belinda, along with Lady Delacour’s friend Clarence Hervey, determines that she will help Lady Delacour find happiness. As they work to help her, Mr. Hervey and Belinda fall in love.

One of the interesting parts of the story is that it was considered controversial in its day for its depiction of an interracial marriage, as it has an African servant fall in love with an English farm girl. It was changed by Edgeworth’s father, who was her editor, in later publications.

Our Nig by Harriet E. Wilson

Harriet E. Wilson is considered by many to be the first female African-American novelist, as well as the first African American of any gender to publish a novel on the North American continent (William Wells Brown had published Clotel in the UK). Her novel Our Nig: Sketches from the Life of a Free Black is an autobiographical novel that was rediscovered by Henry Louis Gates, Jr in the 80s. Wilson was born a free woman of color to a white mother and a black father. Her mother abandoned Hattie at a farm and she was forced into indentured servitude. She struggled throughout her life to make a living.

Our Nig takes a lot from Wilson’s own life, where it starts off with a white woman named Mag who falls in love with a black man named Jim and has two mixed-race children Frado and a boy. When Jim dies, Mag remarries a man named Seth and they decided to abandon Frado to another family where she will be raised as an indentured servant.

What makes Our Nig different from many books of its time, is that it is told from the perspective of a free black person. Yes, Frado is an indentured servant, but she will eventually have freedom. It also calls out the racism that existed in the North in a way that made abolitionists uncomfortable and was sort of one of the first anti-capitalist texts that called out the fact that concepts like indentured servitude preyed upon poor people.

A Lady of Quality by Francis Hodgson Burnett

While Burnett is well known for The Secret Garden and A Little Princess, she also wrote adult books. Highly successful adult books. A Lady of Quality, which was the first of her historical fiction books, was the second highest best-selling book in the United States in 1896, after Tom Grogan by another three named Francis—Francis Hopkinson Smith.

Much like Burnett’s other works, A Lady of Quality is filled with delicious melodrama. Clorinda Wildairs is a former wild child turned charming lady when she realized that her dad has no money and the only way she is going to be cared for is to marry rich. So she uses her wit and wardrobe to become one of the most desired ladies around. Her looks, coupled with her fabulous wealth and sharp tongue, gain her a lot of suitors. Now, that would be all fun and good, but Burnett decides to take the typical love triangle  and turn it into a murder mystery

A Lady of Quality is a fantastic read with a lot of twists and turns that make it both exciting to read, but also shows just how versatile of a writer Burnett was. I’m sure Clorinda will end up on your list of epic classic heroines. How can you resist a heroine with bars like this:

“All that I do is right—for me. I make it so by doing it. Do you think that I am conquered by the laws that other women crouch and whine before, because they dare not break them, though they long to do so? I am my own law—and the law of some others.”

Zofloyo, or The Moor by Charlotte Dacre

One of my favorite gothic novelists, Charlotte Dacre was pretty damn hardcore. A Jewish author and poet in England’s blah blah century, Dacre focused very much on the dark side of sexual desire. Like many romantic novelists, she wanted to have heroines with passion, creating aggressive and often physically violent female characters who demonstrate powerful sexual desires and ambition. Dacre was really into creating problematic favs.

The most popular of her novels is Zofloyo, or The Moor. Zofloyo is super problematic in terms of race, the titular character of Zofloyo is a Moorish servant and essentially a sexual Satanic force that enables the white protagonist Victoria, who is already a cruel, spiteful person, to seek revenge on her rivals and other people who get in her way. The novel was considered pornographic and way too dark for the time. It’s one thing to have your heroine hate a romantic rival, it is another for her to harness the strength of Satan to actually murder people.

It was a title I felt super guilty about enjoying at times, but at the same time, I enjoyed reading a gothic novel filled with horrible people destroying each other. So go in knowing that in terms of race, it is a real problem. At least the author is long dead, so you don’t have to feel as bad about it.

The Pillow Book by Sei Shōnagon

Do you enjoy sexy times with a little bit of courtly intrigue? This last one isn’t a novel, but a lot of women’s classic literary value also exists in non-fiction, especially letters. Sei Shōnagon was the daughter of a scholar/poet who became popular through her writing in The Pillow Book. It is essentially a collection of lists, gossip, poetry, observations, complaints written during her years in the court, which includes a lot of sexy talk about who was having an affair with whom.

It was never intended to be for other people, which is why so much of it is actually extremely dull, so most versions of it are abridged to give you the good bits: the court intrigue and the sexy bits rather than the weather. It is an interesting look at Heian period in Japan on a really intimate level from someone who never intended to have her word become a canon text of Japanese literature.

Fun fact: she was apparently rivals with Murasaki Shikibu the author of The Tales of Genji.

Other Titles to Check Out:

Summer by Edith Wharton: Ethan Frome is not as good as Summer.

The Mysteries of Udolpho by Ann Radcliffe: Gothic perfection.