It's also excruciating if you've ever been that girl whose friend gets hit on. 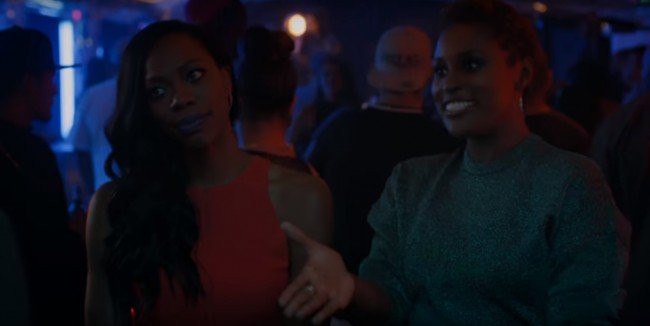 It feels like we’ve been waiting for the hilarious Issa Rae’s HBO show forever, but now the show is actually on the horizon! Insecure premieres on HBO in October, and the cable network has released a new, and excruciatingly awkward teaser that you can watch below!

As someone who spent the majority of her single life as the friend who didn’t get hit on, or the friend who sat with the purses while the rest of her friends got asked to dance, this clip was the ultimate in Real Talk. Not only was the awkwardness of rejection relatable, but so was the dynamic between the fictional Issa and her best friend Molly (played by Yvonne Orji): friend who gets hit on thinking that her friend is making it “all about her,” whereas friend that doesn’t get hit on has a look on her face like her entire life has been “about” her more “attractive” friend.

Yeah, I can totally relate.

If that’s the case, then Rae clearly achieved one of her goals. According to Women and Hollywood, Rae told the TCA Summer Press Tour that “We wanted to depict an authentic black female friendship. We’re just trying to convey that people of color are relatable.”

That they are. Issa and Molly are very much like me and a number of my friends, and I cannot wait until we can all be talking about episodes of this show!