TMS Dives Into Your First Look at Fifty Shades Darker 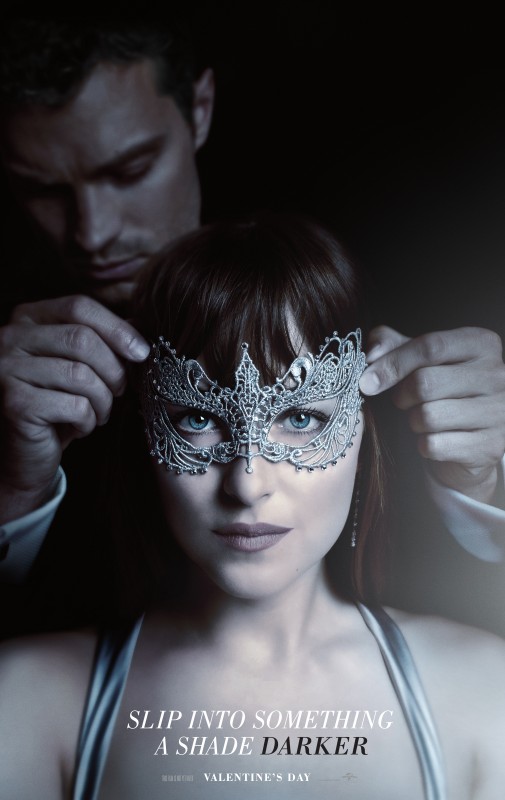 The teaser’s description, which was released on Monday, reads: “As the two begin to build trust and find stability, shadowy figures from Christian’s past start to circle the couple, determined to destroy their hopes for a future together.” Judging from the first film and rereading the second book’s summary, these two really shouldn’t hope for a future together. If you’re wary of spoilers, now would be a good time to click away from this post.

At the end of the first Fifty Shades, Ana leaves Christian after that uncomfortably long spanking, which was to be the end of their…whatever you want to call it. I’m not sure how closely Fifty Shades Darker will follow the books, but on paper, he pulls her back into his good graces by accompanying her at her friend Jose’s art exhibit. He even buys up her portraits so that no one else can have them. Going a step further, he buys out the publishing company where she works in an effort to protect her from her “philandering” boss who keeps sexually harassing her.

Did you process all of that? Because there’s more! There’s some drama with an ex-submissive who holds Ana at gunpoint and something about a helicopter crash and, yeah, E.L. James really tried it with this one.

In the next movie, Jamie Dornan, Dakota Johnson, Rita Ora and Marcia Gay Harden will reprise their roles as Christian, Ana, Mrs. Grey and Christian’s sister, Mia. Alongside them, Kim Basinger, Hugh Dancy, Tyler Hoechlin and Bella Heathcote have also been pulled into this movie franchise (which still manages to be loads better than its source material).

Director James Foley will be taking over for Sam Taylor-Johnson, who clashed with E.L. James over creative control on the first one. According to Coming Soon, James’ husband Niall Leonard wrote the screenplay. Fifty Shades Darker is set for release on Feb. 10, 2017, just in time for another awkward Valentine’s Day.

Like Christian asks in the trailer, [are you] intrigued?

(via Coming Soon, image via screencap)