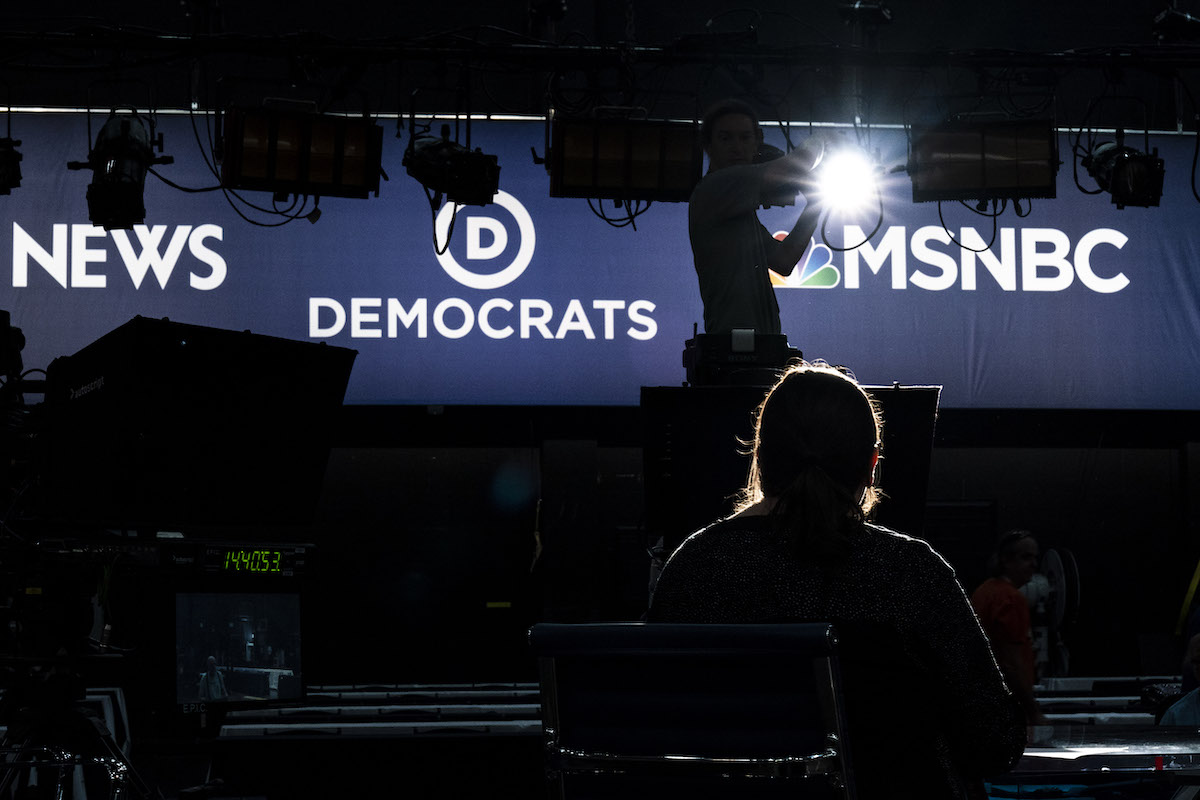 The first Democratic primary debates kick off tonight from Miami. As you probably know, the field of candidates is so large (it’s been narrowed down to twenty!), the first debates will take place over two nights—tonight and tomorrow. Let’s break down some of the details you need to know going in if you’re planning to watch.

Both nights will make history as the first time more than one woman will be on the presidential debate stage. (Okay, technically Wednesday is the first first, but I think we can consider the debate as a whole a big win.) But that’s also an exhausting number of candidates and if you’re thinking to yourself that you’ve never even heard some of these candidates’ names and wouldn’t recognize a lot of those guys if they were standing right in front of you, you’re not alone.

Security person outside debate site just now : “are you here to pick up press credentials?”
John Hickenlooper: “…I’m a candidate”

If two nights and twenty candidates is just too much to handle, you’ll receive no judgment here and we’ll definitely be covering the highlights over the next few days. If you are planning to watch, though, here’s what you need to know:

When: Tonight and tomorrow at 9pm Eastern. (Both nights are scheduled to run two hours.)

Where: Watch on NBC, MSNBC, and Telemundo. All of those networks’ websites, apps, and Facebook and Twitter accounts will also be streaming the debates.

NPR has a great very brief summary of each candidate’s core platform if you want to know who everybody is and what they stand for going into the debates.

What else? As I mentioned, we’ll be discussing a lot of what happens right here over the next few days. But if you’re looking for a running commentary to help you parse the political nuances of what you’re watching, a number of sites will be offering live analysis and fact-checking, including NPR.org and Crooked Media (on YouTube and Facebook)

FiveThirtyEight has an interesting editors’ discussion around what they’re looking for going into these events and there’s some really useful perspective there. The big takeaway, IMO, is this quote from senior political writer Clare Malone:

Listen, I’ll say it up front and then engage more deeply: Presidential debates are not real debates. They are chances for candidates to slot in their talking points. They are pseudo-events — PR opportunities manufactured by parties and news organizations to provide turning points and tension during a long slog. They are only meaningful because we decide to give them meaning. (I will repeat this when we have to cover political conventions.)

But I guess that said, I’m curious to see what the people at the dregs of the polls are going to do with their time and if any of them are impressive. I think for someone like Gillibrand who’s polling poorly but has been in politics for a long time, the debates are a real moment.

You might have a favorite candidate and you want them to do well. But we need to keep in mind that “doing well” does not mean jumping into first place in polls, it means making an impact on voters who might not have thought of that candidate as a potential favorite.

You might be resigned to Joe Biden being the nominee because you’ve heard enough times that he’s dominating the polls. If that’s the case, I would encourage you to keep an open mind about getting to know some of these other 19 candidates and remember that at this stage in game, polls aren’t exactly predictive and the idea of “electability” is nonsense.

We’re still about 500 days away from the general election. That is, as my husband coined it (and I’m very jealous that he came up with it), 500 Days of Bummer—especially we try to pretend like we already know how this whole thing is going to end.

Let us know in the comments if you’re planning to watch and what you think of the debates if you do!