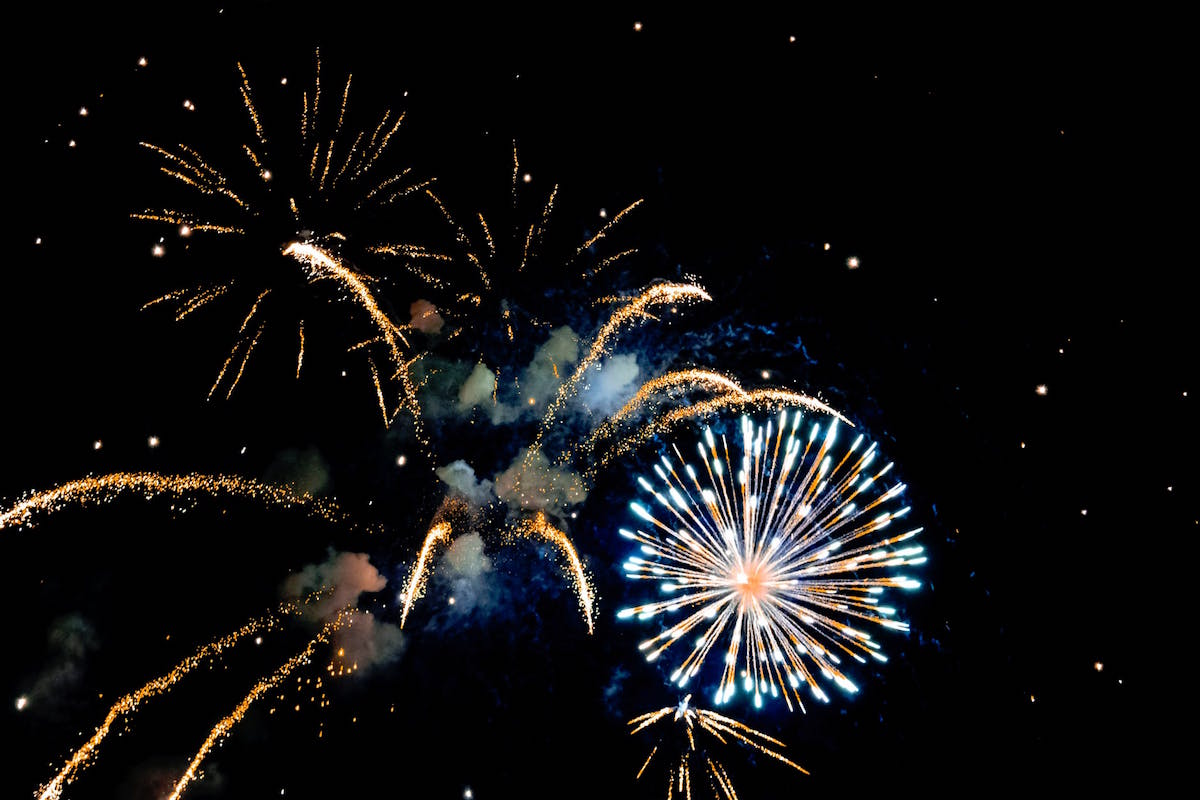 Many parts of America have seen a rash of late-night fireworks for the last few weeks, well before the usual Fourth of July enthusiasm. While conspiracy theories abound, there’s probably a simple enough explanation.

In my part of Brooklyn, the fireworks began about two weeks ago. They’ve continued every night since, from dusk to nearly dawn. Last night—a Sunday—I was still awake at 3:30 AM, and there was still the loud boom and crackle of fireworks. Through social media, neighborhood apps like NextDoor, and increasing news coverage, it’s emerged that the proliferation of fireworks this year is happening around the country. In many major cities and smaller locales from coast to coast, people are left scratching their heads and sleep-deprived.

I don’t think that there’s a monolithic reason behind what’s happening here, besides a huge surplus of fireworks owing to a lack of organized Fourth of July celebrations this year—and a populace that’s been mostly trapped inside while boredom, economic despair, and civil rights issues roil the nation. Mysterious fireworks in one area are likely setting off a chain reaction, inspiring more people to do the same in their own areas.

Hi I’m a journalist professionally and so here’s a twitter thread of wild rumors I’ve collected send me more I’ll fucking post them all holy shit journalism is a ride y’all. https://t.co/q9Tq5T2dk1

Of course, since this is America, we’ve gone looking for the most conspiracy theory-laden answers imaginable. On Twitter, I’ve seen many claims that the fireworks are the work of the military and/or the police, conducting psyops to condition the public to loud noises or to actively work to disrupt our sleep patterns. I’ve seen claims that the fireworks are being delivered to various neighborhoods by men in black SUVs, or that caches of expensive fireworks have been uncovered by the youth in public parks. You’ll see people asserting that it’s the police who are setting off the fireworks, and others that the police (or other mysterious figures) are the ones covertly supplying the fireworks in order to provoke general discord.

On the other side of this line of thinking—and, I think, a good deal more plausible—is that some of the firework displays are demonstrations against authorities. When the fireworks first began in Brooklyn, I believed they were further signs of defiance from protestors; they coincided with a lot of the mainstream media’s coverage tapering off. I’m sure that in some instances, this has been the case. Again, there’s likely no one guiding principle behind these many, many random acts.

In West Harlem, 3am. NYPD putting on a show with fireworks in the background. @NYGovCuomo this is what they are paid for huh? pic.twitter.com/KKOhH5xyBl

While the police have certainly been acting extra-weird here, I think it’s also more probable that some police departments are ignoring complaints and not responding to reports in order to show that they alone can “keep the peace” and can choose not to, rather than organizing this fireworks frenzy nationwide themselves. Additionally, there’s been a concerted effort, from both civic leaders and civilians to not call the police over these incidents, as awareness has increased that such actions could lead to police-driven violence.

What is clear amidst the confusion is that we’re not imagining the massive increase of colorful nightly displays. At Slate, Jeff Friedrich writes, in an article titled “Every Day Is Independence Day,” that “Boston police recorded 1,445 fireworks complaints in the first week of June, compared with just 22 in the same week last year. Friedrich calculates that in New York City, there’s been “a 920 percent year-over-year increase in fireworks complaints for the month of May.” Reports have also rolled in from San Francisco, L.A., Chicago, and Atlanta in abundance, but even less likely places like Columbus, Ohio and Lowell, Massachusettes are seeing their skies light up.

Again the most likely, and mundane, explanation is that due to the pandemic, more professional fireworks displays to celebrate July 4th around the country have been called off, leaving in their wake an excess of fancier fireworks than we’re used to seeing available on the market. Retailers are also selling them for much less than they’d usually go for, trying to get rid of their stock, and several states have loosened restrictions and also allowed mail-order deliveries. So availability and supply of these impressive fireworks has increased everywhere, coinciding with increased personal-use demand.

Hey guys, re. the fireworks: I don’t know who’s setting them off, and yes it’s quite strange, but keep in mind that a ton of July 4th celebrations were canceled, leaving a surplus of professional-grade fireworks to be sold off at cheap prices.

While I haven’t been inconvenienced by the fireworks in my apartment, their abundance and duration are wearing on the last nerves of many an American denizen. The complaints are not always about inconvenient noise. Several people have rightfully pointed out that the loud, random, unexpected explosions can be triggering to people with PTSD and anxiety disorders, and frightened pets have become a recurring theme.

My dog trying to handle these 3am firework shows… pic.twitter.com/qCrjlPR3mh

Most of the wilder theories regarding what’s happening here tend to take this line of reasoning:

Whatever’s happening with the #fireworks in NYC is….not normal. This is not my original post, just reposting from fb because I agree this is fuckin suspicious. pic.twitter.com/QhKrNPhqjr

While I don’t want to discount people’s very real fears of the persecution and abuses the government and the police continue to inflict on many communities, this feels like more of an Occam’s Razor moment. Rather than a unified government or law enforcement plot to disrupt society, it’s a simpler explanation that the pandemic has provided many people with a wealth of boredom and cabin fever, coupled with a surplus of fireworks available on the market. As Friedrich writes:

Both the people who are selling explosives and the government officials who are complaining about them agree that the pandemic is probably what lies behind their respective stories. “I think people are home,” Boston Mayor Martin Walsh said last Wednesday, when asked what might be driving the increase in complaints. Can’t see a movie or dine out? Why not explode some things? Several industry-side representatives offered similar explanations to me. They also suggested that the widespread cancellation of July 4 festivities, along with the cancellation of sporting events and music festivals, has left all of us craving our fireworks fix. “I think the general public, due to COVID, is just itching to do something,” Heckman said.

I imagine that there’s also been a great deal of social contagion at work—incessant fireworks began in a few places, and more and more people around the country have decided to join in, alerted by social media and word-of-mouth. The increased availability of fireworks-by-mail, and the increased ability to take a road trip with your free time to go and load up your car in a state where fireworks are legal, is a situation that thousands of people, if not millions, may have taken to heart.

If anything, we’re likely to see this phenomenon scale up in scope, as widespread media coverage could inspire further interest in trying one’s hand at fireworks, and we inch ever closer to the Fourth of July.

Morning. CIA here. We’re running a discount for fireworks again this week but we are out of cherry bombs. Sorry. Anyway, please push these professional grade fireworks available only to us (and also everywhere else.) Every fireman in the country is involved but don’t tell anyone.

Are you hearing fireworks where you are?