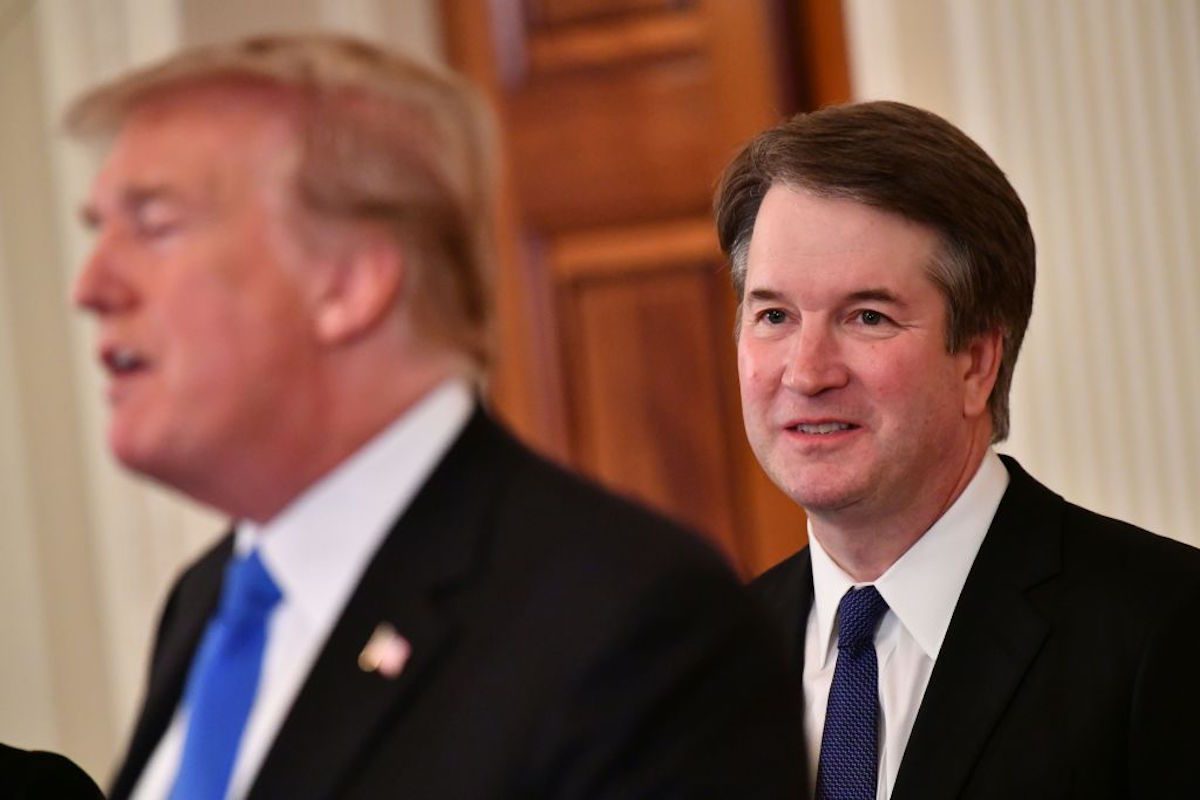 If the D.C. Circuit sounds familiar to you, that’s because Merrick Garland is the Chief Judge of that court. Merrick Garland, for those who may have forgotten in light of the endless streak of awful news that’s steadily ravaged this country since his nomination in 2016, had been President Obama’s choice to fill the Supreme Court vacancy left by the late Antonin Scalia. The seat was, of course, stolen by Senate Majority Leader Mitch McConnell, who is now just as intent on pushing Kavanaugh down our throats as he was on violating all norms and basic decency in 2016.

What you need to know about Kavanaugh is that he may not have participated in what was essentially a religious cult like Judge Amy Coney Barrett, another potential nominee, but his record of extremism, buried beneath feel-good Washington Post op-eds about what a great carpool dad he was and deep ties to the Republican establishment, should terrify us all. Abortion opponents and the right—who have pivoted so quickly from calling abortion murder and demanding its criminalization—may cite how Kavanaugh has previously stated his respect for Roe v. Wade to accuse liberals and pro-choice advocates of “fearmongering.”

Their strategy is to lull us into a false sense of security and safety, so that we won’t fight back and oppose the nomination of a man who would gleefully fulfill President Trump’s campaign promise of criminalizing abortion and punishing women. Those of us who support abortion rights are the majority of this country as well as the future of this country. Trump and his allies know that if we get involved in this fight, we can win—and that terrifies them.

No matter what anyone who supports Kavanaugh tries to tell you about his stance and record on abortion, remember this:

The threat Kavanaugh poses is real—no matter what anyone tells you, and no matter how many men tell you to “calm down.”

Namely, this week, the Massachusetts House will vote to slash archaic laws hostile to abortion after the state Senate previously voted in favor of this, in January; the state’s Republican president has expressed that he would support this. Now, it’s critical that other states follow suit.

Listen to the stories of women who are coming forward in near-unprecedented numbers to tell their stories of having abortion—safely and unsafely—in the U.S. and around the world, so we can all know what’s truly at stake here. The right of women to not die and hurt themselves just to terminate a pregnancy has to transcend politics, and that comes with recognizing that real people are affected by abortion laws.

We all have to be a part of fighting Kavanaugh’s nomination, which has the potential to shape the lives and futures of women for generations, likely for worse. Part of this starts with listening to women and people who could become pregnant, to the stories of those who have had abortions, to those who are afraid. And the next step after listening has to be taking action: calling senators (even those who have said they’ll vote against him), showing up to rallies, flooding social media, getting your friends and family to call their senators, and so on, and so forth.

We have to treat challenging Kavanaugh’s confirmation, now and every day leading up to Senate hearings and voting, as the fight of our lives and the fight for our livelihood—because for many women and people, that’s exactly what it is.