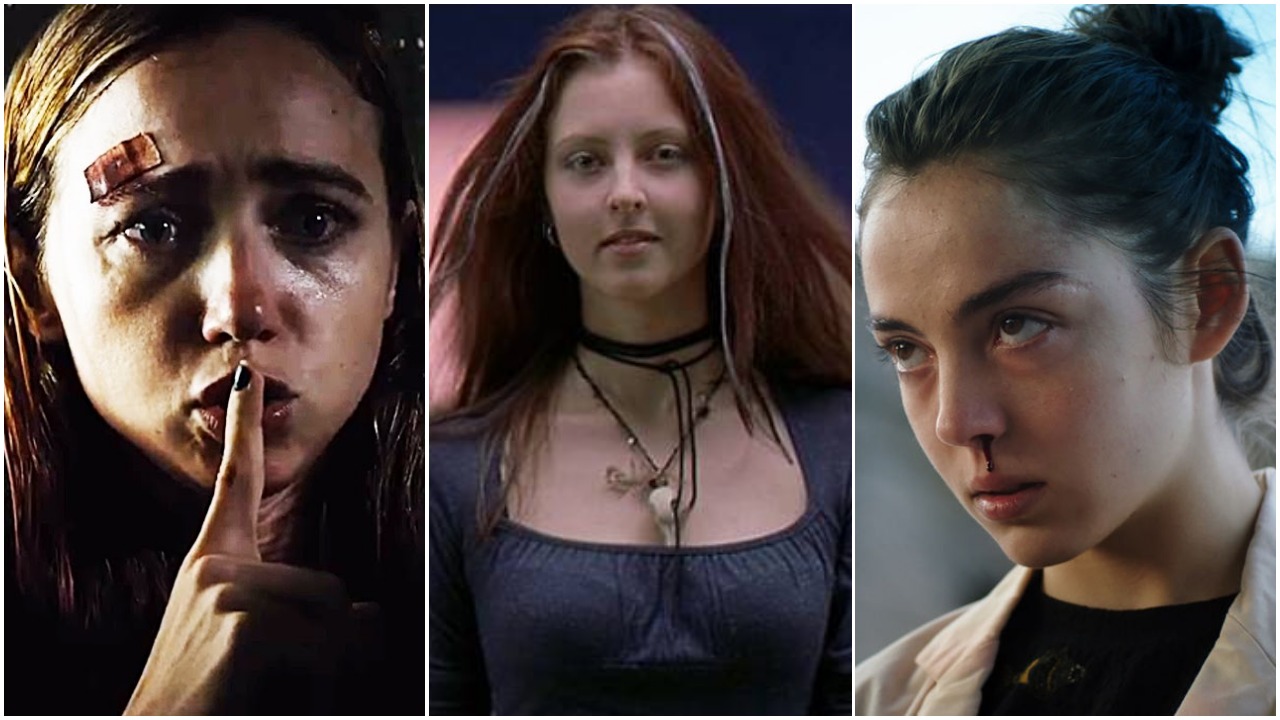 Female-led horror and monster movies have a long history of being rooted in metaphors for puberty, periods, and developing sexuality. Werewolf stories, though, tend to be male-dominated. There’s a serious lack of good female werewolves in horror. Ginger Snaps fills that void, using the werewolf transformation as a deliberately unsubtle metaphor for a girl’s physical and emotional transition into adolescence.

The movie centers on two closely bonded teenage sisters. When one (Ginger) is bitten by a monster, she goes through a violent transition, both menstruation-wise and lycanthropic. The film has a deliberate B-movie aesthetic, but it’s the relationship between the sisters–as one is undergoing tumultuous changes and the other is left behind–that elevates Ginger Snaps to be a genuinely great movie deserving of its cult status.

Bryan Bertino’s 2016 film seems to have come and gone without much notice. That’s a shame because it is hands-down one of the best horror movies of the last few years. The movie stars Zoe Kazan (The Big Sick) as Kathy, a young, alcoholic, emotionally and sometimes physically abusive mother and Ella Ballentine (Anne With an E) as her daughter, Lizzy. As Kathy is driving Lizzy to visit the girl’s father, their car hits a wolf, but because we know what genre we’re in, a wolf is definitely not the scariest thing on that road.

While the titular monster is super creepy and gives us some great scares, the real core of the film is about the fraught dynamic between the mother and daughter, fleshed out with intermittent flashbacks, and how that affects their ability to deal with their situation. It’s as much a story of female relationships and female strength as it is a monster movie, and it never once feels heavy-handed or disjointed in its metaphors.

Rape-revenge movies nearly always declare themselves to be feminist films, when in reality, they tend to be entirely exploitative, often lingering on and grossly sexualizing women’s pain. Revenge is the only movie in the genre that I’ve seen that actually utilizes a female gaze and manages to subvert that history of exploitation.

The movie centers on Jen, a young woman vacationing with her married boyfriend. When the boyfriend’s hunting buddies show up early, one rapes her while the other willfully ignores the assault. She refuses a payoff from her boyfriend and threatens to reveal their relationship to his wife, and ends up being chased by the men through the desert and left for dead. She survives and fights to stay alive as the men continue to hunt her. The movie is a super tense action thriller and I don’t think I exhaled during the entire third act.

I loved this movie, but it most definitely is not for everyone. It is gory as hell and while it is the best of its genre, it is still a rape-revenge movie, meaning it is one giant trigger warning for sexual assault. It also subverts the expected tropes by leaning heavily into them. French director Coralie Fargeat toys with the objectification of Jen, portraying her first only through the eyes of these leering men, before thrusting us into her POV. Her fight for survival is largely unglamorous and unsexy, which is jarringly juxtaposed with a near lack of clothing. For many, the heavy reliance on the genre’s tropes won’t be worth the subversion, no matter how deftly done. But if you’re in the mood for a violent kill-fest that plays with the female gaze in interesting and uncomfortable ways, it’s worth checking out.

In addition to being a scary-as-hell horror movie, Jennifer Kent’s The Babadook is also a terrifying examination of motherhood and mental health. It’s as much a picture of depression as it is a boogeyman, centering on a widowed mother, Amelia, and her struggle to understand her troubled young son Samuel. For much of the film, we can’t be sure if the monsters the two are seeing are even real, or if Amelia is just unraveling, and I’m not sure which would be the scarier reality.

Ana Lily Amirpour’s feminist vampire Iranian western movie is a work of art. She herself described it as a cross between David Lynch and Sergio Leone, and the fact that she succeeded in living up to that descriptor is pretty incredible. The movie gives us “The Girl,” played by Sheila Vand–a cool, young, idie-rock-loving, skateboard-riding woman who could easily be underestimated by the men of Bad City, the film’s fictional setting. But while she may look like a typical horror movie’s victim, The Girl is the monster here, as a vampire who sucks men’s blood. Specifically, she feeds on bad men’s blood, men who abuse or disrespect women. The movie is less about big scares as it is tonal eeriness and an exciting subversion of themes of female oppression.

This French cannibal horror movie is another one that leans heavily into its metaphors for adolescence and burgeoning sexuality. Justine is the youngest in a family of veterinarians. When she joins her older sister at vet school, she’s forced to eat meat during a hazing ritual and soon after, the lifelong vegetarian develops an insatiable craving for human flesh. The movie unflinchingly mingles its gore with dark comedy and sensuality and the effect is uncomfortably mesmerizing.

What are your favorite feminist horror movies?