Feminism Around the World: Irish Women Set to Strike If Referendum on Abortion Ban Not Held by March 8th 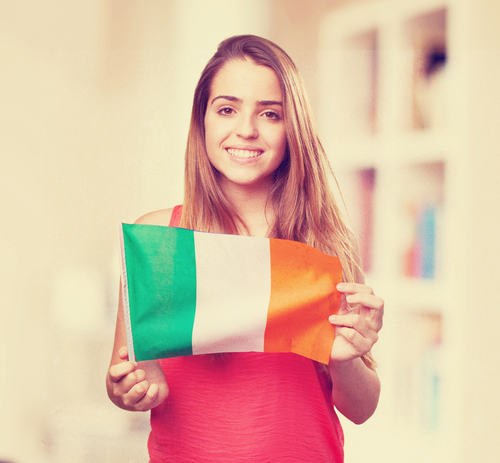 There’s a lot of striking going on these days (probably because there’s so much injustice going on that’s just begging to be protested). Today is the “Day Without Immigrants,” during which immigrants, both documented and not, stand in solidarity by not going to work or school, opening their businesses, or spending money in order to make their absence (and thereby, their contributions) felt. Tomorrow is the General Strike in the U.S (Strike4Democracy), during which all citizens are called to do the same in protest of the current administration and its illegitimate actions and policies, and March 8th, which happens to be International Women’s Day, is the “Day Without a Woman” in the U.S, in which women are called upon to strike and/or engage in other actions that further a feminism for the 99%.

Ireland’s women are also tired of being treated anything less than equally, and while we here in the U.S. are fighting to protect our right to choose with regard to reproductive health and abortion, the women of Ireland are fighting for a referendum on the Eighth Amendment of their constitution, which bans abortion.

And so Strike4Repeal was born. According to the Abortion Rights Campaign website, the strike will be:

“[C]alling for a referendum on the Eighth Amendment to the Irish Constitution. The Eighth Amendment, inserted in 1983, equates the life of a pregnant person with the life of a foetus, and limits abortion in Ireland solely to circumstances where there a ‘real and substantial risk’ to the life of the mother exists. The impact of Ireland’s abortion laws and the Eighth Amendment have been far-reaching. The Eighth Amendment affects maternal and pregnancy rights. It prevents those carrying foetuses with fatal abnormalities from accessing abortions. It has resulted in the deaths of women in Ireland. It forces people who wish to access abortions to travel overseas (if they have the means and ability to) or face a 14 year jail sentence for importing and taking medical abortion pills in Ireland. We have remained patient in the face of this injustice for a long time – our patience is wearing thin.”

Strike4Repeal is an “ad-hoc, non-affiliated group of activists, academics, artists and trade unionists,” and the strike is endorsed by Abortion Rights Campaign, Outhouse, the Anti-Racism Network and Sex Workers Alliance Ireland, and other feminist organizations and women’s advocacy groups. There are several ways in which Irish women are encouraged to support the strike (and women around the world are encouraged to show solidarity):

Of course, this won’t be necessary if the Irish government holds a referendum on the Eighth Amendment, which is all these women and organizations want. Why haven’t they, I wonder? What are they so afraid of? Are they afraid the people want change? Then again, even if the people vote to repeal the Eighth Amendment in a referendum, the government would still have to pass it into law, which could prove difficult regardless. But the fight will continue.

Women worldwide will be striking on March 8th. Here’s to supporting each other in the struggle for equality, no matter what the needs of our individual nations.

(It’s a bonkers time in the U.K, apparently!)

“What’s it like being a woman in UK politics?” [SURVEY for any woman who’s held an elected office or worked in government] (The Guardian, 2/16/17)

“Church of England in turmoil as synod rejects report on same-sex relationships” (The Guardian, 2/15/17)