Fandom Concerned by First Images From Discworld Series The Watch 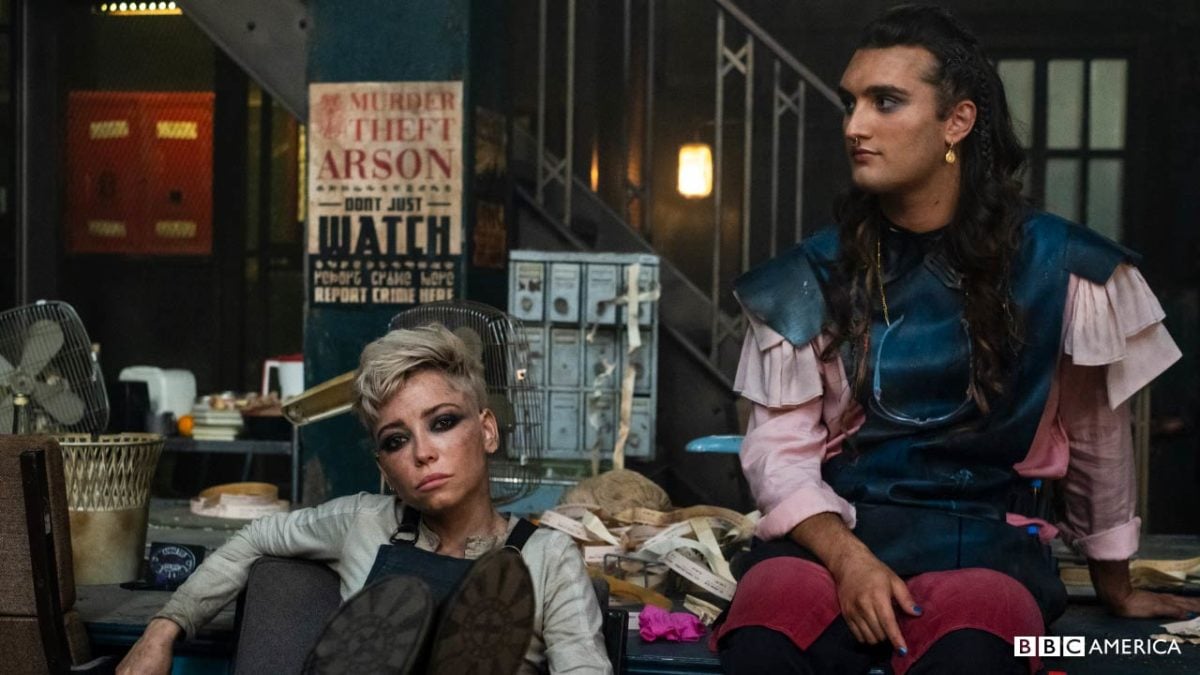 BBC America has released a first look at their upcoming fantasy series The Watch, inspired by Terry Pratchett’s iconic Discworld novels. And for fans of the books, the series’ aesthetic is a jarring departure from the world they know and love so well. The series follows the Ankh Morpork City Watch, first introduced in Pratchett’s Guards! Guards!, as they try to bring law and order to an increasingly out of control city.

From its initial announcement, the creators of The Watch emphasized that the series was “inspired by” Pratchett’s work, and not a direct adaptation. And as casting news rolled in, many were excited about gender-flipped characters like Lord Vetinari, who is being played by veteran character actress Anna Chancellor.

Cheery the female dwarf is now a non-binary human, played by non-binary actor Jo Eaton-Kent. In addition to flipping genders, the cast is diverse, a welcome addition to a genre that is frequently stocked with white men. Unfortunately, that diversity seems to stop at body type. Lady Sybil Ramkin, who is a curvy character in the novels, is being played by the slender Lara Rossi. 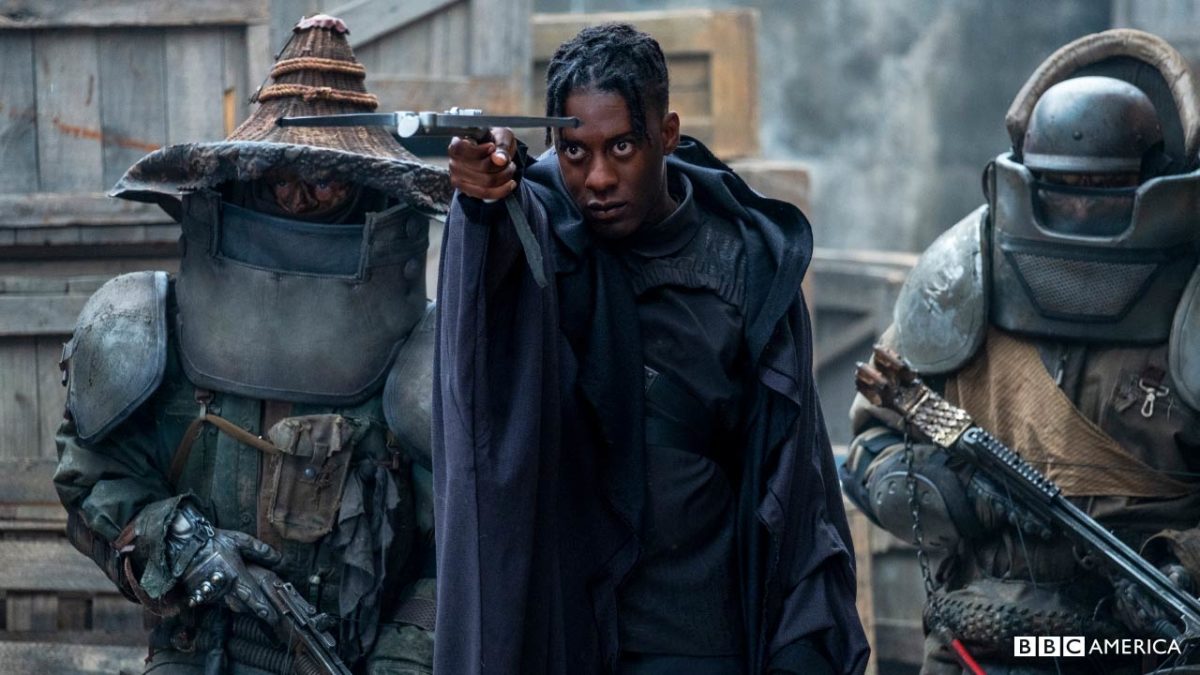 But it isn’t the casting that has fans up in arms: it’s the cyberpunk aesthetic and modernity of the world that bears little resemblance to Pratchett’s vision. In The Art of Discworld, Pratchett describes the city of Ankh-Morpork as having elements of 18th-century London, 19th-century Seattle and modern New York City. Fans of this steampunk-style aesthetic were dismayed to see images of a city with electricity and its occupants dressed in somewhat modern garb.

Either do a faithful adaptation of Discworld or bugger off. Don’t piggyback off a much-loved IP to sell this crap. https://t.co/HCkmIHtYC4

Okay, I haven’t read any Discworld novels but aren’t Pratchett’s worlds supposed to be vibrant and humor-filled and not evoking the Super Marios Bros. movie from the ’90s? https://t.co/WIPvJ0fwIi

BBC: How cool would a Discworld series be?

Fans: That would actually be pretty cool

BBC: Well what if we barely used the wide array of source material available but said we did?

I actually like the costume design, which marry old and new styles, like Constable Carrot’s chainmail under a tailored jacket. And I think that there is room for a unique visual interpretation of Pratchett’s world. After all, the Victorian steampunk look is well-trod territory by now (see Carnival Row, among others).

For me, capturing Pratchett’s tone is infinitely more important than capturing his visuals. Good Omens did a terrific job of bringing that book’s humor to life. Will The Watch be able to capture Pratchett’s darkly comic sensibility? If they can nail that, then I don’t mind them playing with the production design. 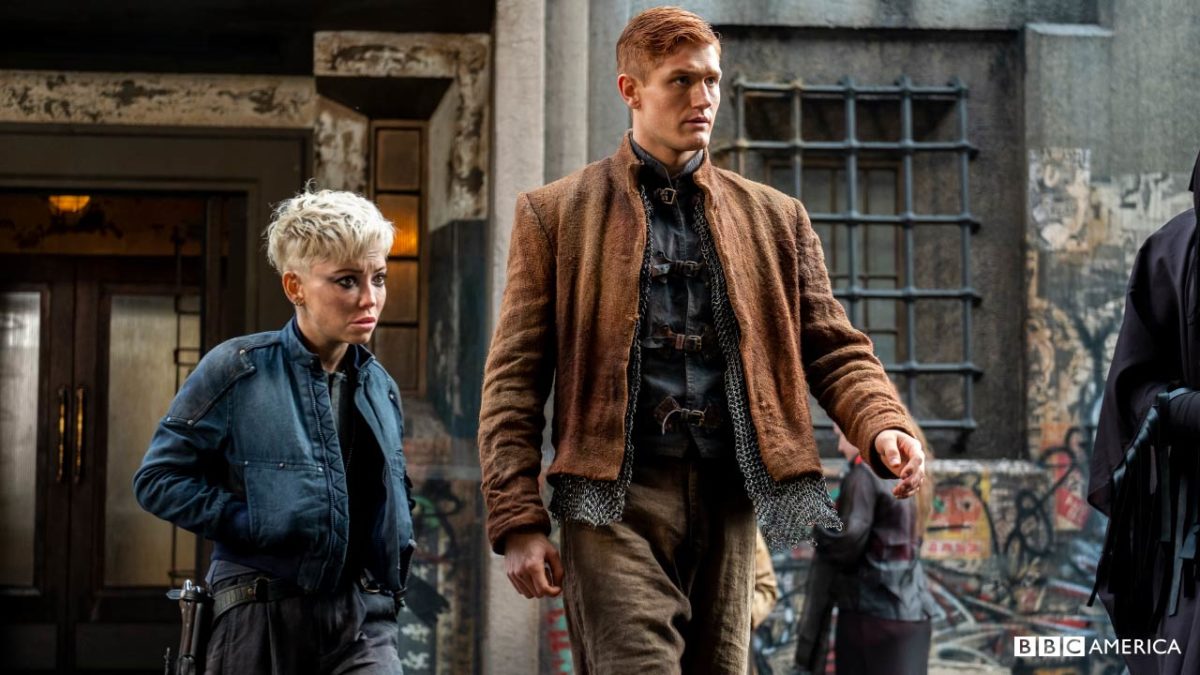 What are your first impressions of The Watch? I’m reserving judgment until I watch the show, which is set to premiere sometime this year.