Famke Janssen on Asher, Jean Grey, and the #MeToo Movement

The actress plays opposite Ron Perlman in the hitman dramedy. 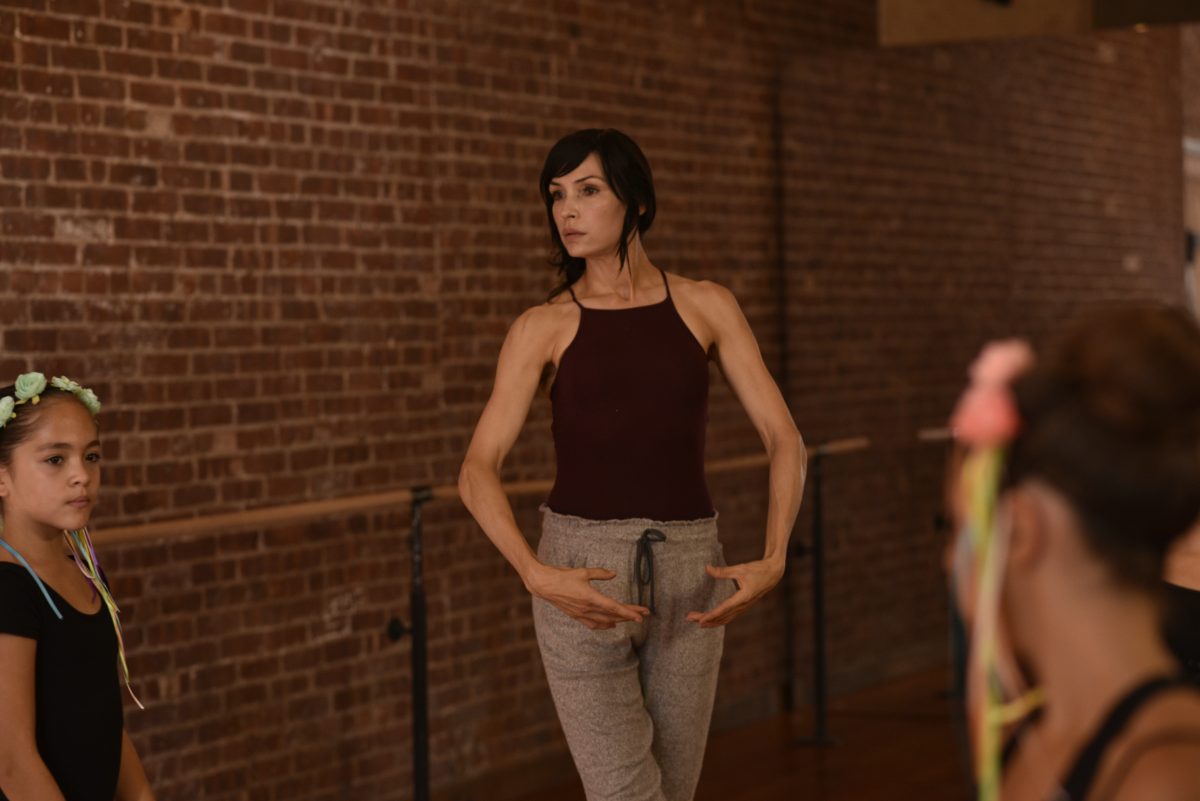 Famke Janssen has built a career out playing superpowered yet soulful characters. Best known as Jean Grey in the X-Men films, Janssen has also appeared as an immortal matriarch in Netflix’s Hemlock Grove. In addition to starring in the Ron Perlman hitman dramedy Asher directed by Michael Caton-Jones, she will also appear in Netflix’s upcoming Central Park Five miniseries directed by Ava DuVernay.

Asher finds Janssen in a subdued performance as Sophie, a ballet teacher who forms a tentative romance with Asher (Ron Perlman), a former Mossad agent turned hitman. Unlike the typical “girlfriend” role, Sophie has a life outside her relationship with Asher, as she is taking care of her mother Dora (Jacqueline Bisset) who suffers from dementia. We sat down with Janssen to talk about her personal connection to the role and more.

[This interview has been edited and condensed for clarity.]

The Mary Sue: What drew you to the project?

Famke Janssen: It was really the part of Sophie, it had nothing to do with the film being a hitman story, because we’ve seen those types of stories before, it was my connection into Sophie. I lost my acting coach [Harold Guskin] of thirty years this year to dementia, and I was very very close to him, so I had seen his entire trajectory and what that disease did to him and does to people and those close to them, so the moment I read it, I knew I had to play Sophie. I understand this woman’s journey and what it’s like to be close to someone who has this.

TMS: Have you noticed a change in the industry and on set with the rise of the #MeToo Movement?

FJ: Yeah, I’m thrilled that it’s finally out in the open, that people are talking about it. I don’t want it to seem like it’s just about our business, it definitely is something that happens worldwide in every business, in every world we deal with this. But maybe because we’re such a public business, it helps that it’s a conversation that is going on publicly.

I definitely think that people are very scared to take meetings between a man and a woman alone, between a director and a female, certainly not in hotel rooms, so I think that people are now aware in a way that they weren’t before. That also has, obviously a lot to do with studios not wanting to be sued and all of the other things that come … but I’m really happy that it’s finally out. There haven’t been equal opportunities for women, and women have certainly been treated in ways that we shouldn’t have been treated for a very long time. And I’m hoping that now that it’s out in the open and it’s a discussion, that people are more aware of what’s going on and more careful with how they treat one another, and that more opportunities will grow out of this for women.

I just worked with Ava DuVernay on Central Park Five, and just working with such a strong, powerful woman at the height of her career, is just a wonderful role model to have for all of us.

TMS: How is the vibe on set different with a female director at the helm?

FJ: I’ve had numerous experiences now working with women, and it’s really, you’re starting to see it more and more on television shows also, where originally, you know, they were hesitant and made stupid excuses why women weren’t being hired. I did a couple of them as an actor, where I’m on the show and I said, “who are the directors this season and how many are women?” and the would say, “well, there’s one woman” and I’d go “why is there only one woman?” and they would always have the same excuses, like “oh, they’re not, the good ones are not available”, and I think that they [women directors] were selected differently. Different criteria are being used for hiring a man versus hiring a woman, so a man can have directed maybe one independent feature and he is approved to come in and direct an episode of a TV show, whereas a woman would have had to have twenty episodes minimum, if not more under her belt and a couple movies for them to even qualify. I think those conversations are changing and it’s just wonderful and I’m really hoping that it’s a lasting experience.

TMS: With the success of Wonder Woman and Captain Marvel coming out soon, it feel like we’re entering a new age of female superheroes. But you were one of the first with Jean Grey and the X-Men films. Were there any Jean Grey stories or anything you wanted to do with the character that you didn’t get to do?

FJ: Well, I mean obviously, I was in about five, including The Wolverine story, so I certainly had my share of … playing Jean Grey and the Dark Phoenix character, but when we touched upon Phoenix in The Last Stand I think the fans, especially at that time, were very disappointed that she didn’t get more screentime, because in the X-Men comic books, that storyline is a very important one. But there’s the new movie coming out about Dark Phoenix with Sophie Turner playing her, so I think everybody will be a lot happier now that that storyline is getting its due. But yeah, so I just played her as part of an ensemble, with a lot of different people so I didn’t get to do an entire movie about Jean Grey or Phoenix.

TMS: You’ve been working a lot in the TV world (How to Get Away With Murder, The Blacklist) : do you think that there are better roles for women in television than in film?

FJ: I think when it first started happening [in television] I thought, “oh what a revelation, this is wonderful”, and it has been for a lot of women. There’s so much more work, and there are so many more great, fantastic female characters, but when I look at this year, I’ve still done predominantly film. So it depends. I don’t discriminate in terms of where the roles are, I just look for good material, whether that’s film or television.

Here’s an exclusive clip of Janssen and Ron Perlman in Asher: