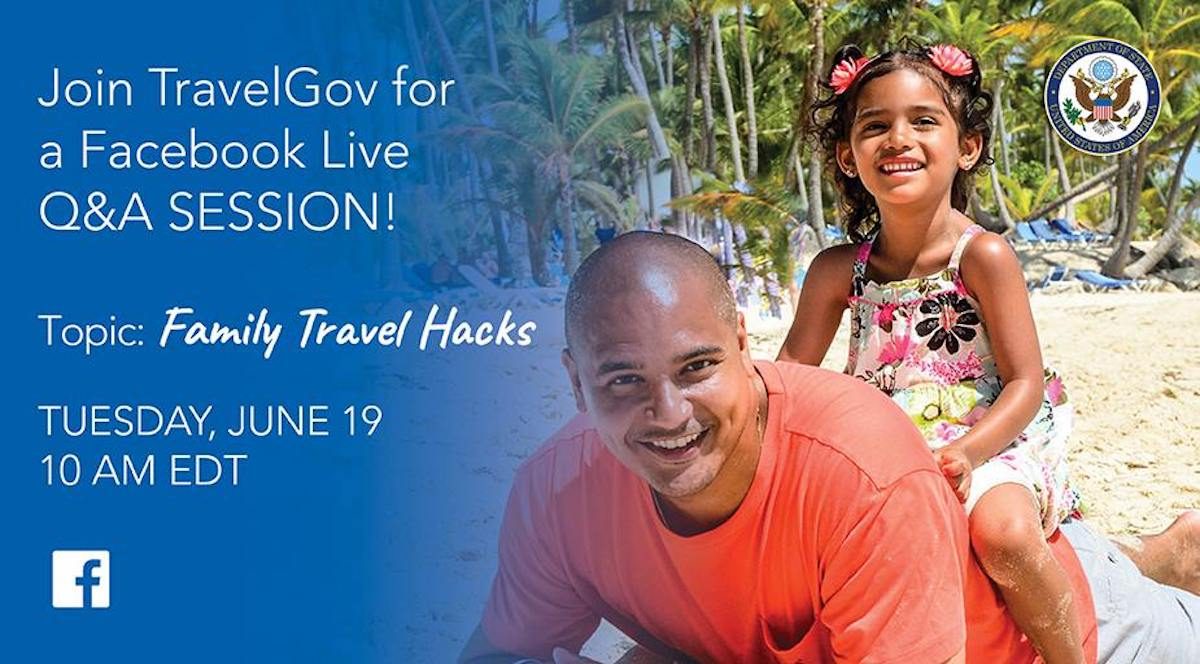 Donald Trump’s administration has a well-deserved reputation for poor communication skills, both with the public and among its own ranks, but an ill-timed State Department live chat on “Family Travel Hacks” is may be the most incredibly cringe-worthy demonstration of their lack of coordination yet. That’s quite the accomplishment in the same week they can’t seem to agree on whether their “zero tolerance” policy of separating immigrant families is #MakingAmericaGreatAgain or a lie made up by the media.

The live Q&A session took place at 10AM today, and everyone was pretty confused as to where the hosts were getting the questions that they actually answered on camera, because pretty much the entire comment section was filling with sarcastic barbs over the administration’s awful immigration policies. (See for yourself in the full video, here.) That comes as no surprise to anyone who’s ever watched any other Facebook live stream of anything related to the Trump administration, which are known for the trademark sea of angry face emoji streaming across the bottom.

Really, this probably resulted in way more participation than a State Department live chat about traveling would normally expect, but they probably still weren’t all that thrilled about it. Here are just a few of the comments (you can read them all here) the State Department representatives—who may very well feel the same way, honestly—had to pretend not to see:

“Do you provide nut-free cages for children with allergies?”

“I heard that kids travelling with their families would get to attend an impromptu summer camp for several months, is there a registration fee for the kennels and do they get to play with the concrete blocks on the windows? My kids love playing with blocks!” Oh, yeah, Fox News’ Laura Ingraham actually tried to compare the detention centers to summer camps, another odd choice when people are already accusing your side of putting people in camps. There’s a whole Wikipedia editor battle raging over what kind of “camp” the administration has created, but “summer camp” isn’t one of the options.

“What’s the difference between a cage and chain-linked partition? Asking for a child.” Yes, there has also been argument over what exactly constitutes a “cage,” which has gotten exactly the reaction it deserves.

If that’s not ridiculous enough, Border Patrol even described the term “cage” as “not inaccurate,” but made sure to clarify that people are “not being treated like animals.”

“Hi! Do the kids need to bring their own space blanket before they head off to your concentration camps or is that provided by you? Also, where is the girls concentration camp?” We’ve also been given few looks inside detention centers, so far only really getting to see one where boys are being kept, which is unsettling for a number of reasons.

“If I am mistaken for a foreigner trying to enter the country illegally and ICE takes my children away and locks them in a cage will the State Department help me get them back?”

Problems in the United States’ immigration system may not be new, but we’re in a much more dire situation with an administration that is actively trying to make them worse, rather than better, just to hurt and scare people, and we’re unlikely to get much help from a Republican party that’s trying to curtail all immigration. Anyway, enjoy the freedom to mock people on social media while it still exists.