Unless it was great, in which case they're not sorry at all. 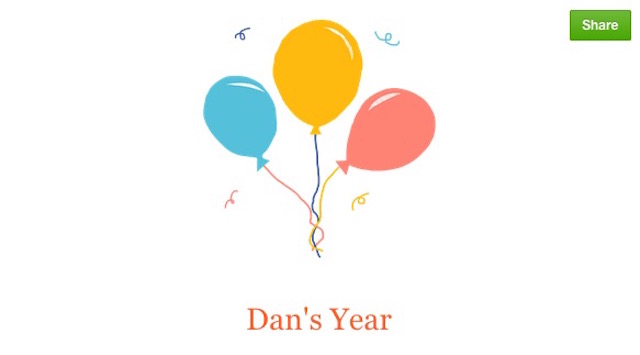 Let’s all just be honest: 2014 was a crappy year. I mean, for me personally, it was actually great, but it was pretty terrible in general. It was so bad, in fact, that Facebook has had to apologize for its Year in Review app, because the auto-generated recaps have been reminding people of things they’d rather forget.

Specifically, Facebook has apologized to Eric Meyer, who wrote a blog post about how Year in Review reminded him that he lost his daughter to brain cancer earlier this year. You could try just avoiding the thing altogether if things transpired over the last year that you’d rather not remember, but a picture of Meyer’s daughter came up right on the preview it served him.

Facebook’s Jonathan Gheller, product manager for Year in Review, told The Washington Post that he had already reached out to Meyer to apologize. Gheller said, “[Year in Review] was awesome for a lot of people, but clearly in this case we brought him grief rather than joy.”

But he also said that Facebook would take Meyer’s concerns under advisement for future versions. Meyer suggested that “[T]hose of us who lived through the death of loved ones, or spent extended time in the hospital, or were hit by divorce or losing a job or any one of a hundred crises, we might not want another look at this past year.”

It remains unclear how they plan to teach computers to identify when something awful happened and maybe not automatically stick photographic reminders next to “It’s been a great year! Thanks for being a part of it” tag lines. At least they have their work cut out for them.

So my (beloved!) ex-boyfriend’s apartment caught fire this year, which was very sad, but Facebook made it worth it. pic.twitter.com/AvU8ifazXa