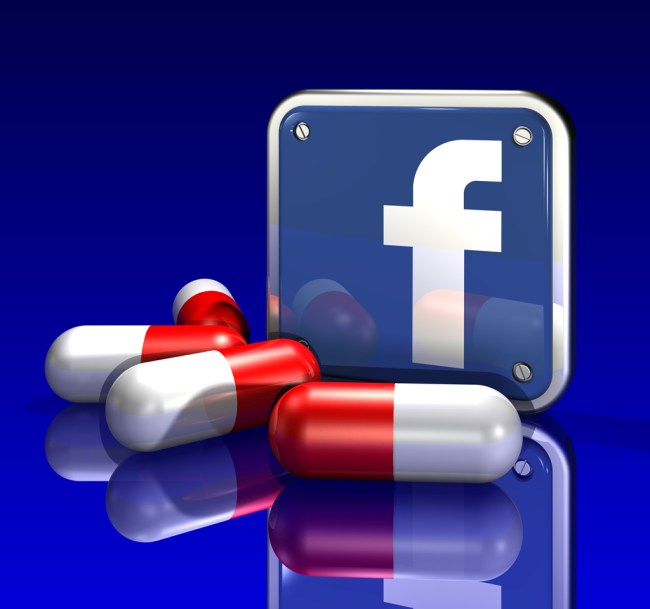 Facebook just launched their own spin on Craigslist’s concept earlier this week, called Facebook Marketplace, and already, they’ve had to face some concerns about the types of items that users have posted for sale. The most bizarre item to pop up on Marketplace: baby hedgehogs. Not technically contraband, but still not what Facebook had in mind when they launched the service–and also, a violation of the site’s policies.

Mary Ku, who works at Facebook as the director of product management, issued an official apology about the lack of oversight on user sales, sending an emailed statement to several media outlets. The BBC included parts of her statement, which acknowledges that “certain posts with content that violated our policies” had been popping up on Marketplace. “We are working to fix the problem and will be closely monitoring our systems to ensure we are properly identifying and removing violations before giving more people access to Marketplace,” she went on. “We apologize for this issue.”

Ku referred to the problem as a “technical issue” on Facebook’s part; many sites reporting on this have referred to the problem as a “glitch”. I have no insider knowledge about this situation, but to me, it doesn’t sound like a “technical issue” or a “glitch” to me. It sounds like a lack of preparation for a very complicated but predictable problem, which is that if you give users the power to post anything, they will use that power to do whatever the heck they want, no matter if it breaks any rules or laws. Citation: the rest of internet. Like, seriously, Facebook, you’ve been a social network for how long and you didn’t plan for this issue?

Not all of the controversial item sales were technically illegal, but they did all violate the company’s commerce guidelines. According to Facebook’s rules, you can’t even sell “Tobacco items and related paraphernalia,” (good luck enforcing that). Also, no “adult items or services” (that means no sex work, but also no dildos?). And no “adult health items” (what does that even mean???). Even the sale of digital products isn’t allowed, because these are “non-physical items,” according to Facebook; they don’t want people selling services of any kind. Facebook’s rules also say they can take down postings simply for being “offensive,” which is about as broad as it gets. These are some really strict rules, particularly when taken in comparison with other online marketplaces.

Of course, those rules only matter if Facebook actually manages to enforce them, which sounds like a massive administrative headache for them, given how many they’ve chosen to impose. I can certainly understand why they don’t want people selling horrifying contraband like babies or body parts. But policing every single item that goes up sounds like a massive undertaking for them, and since it doesn’t sound like they have an adequate structure in place to prevent any of the more extreme problems, I’m not sure how effective they’ll be at tracking down posts for “adult health items.”

Again, what are “adult health items”? I googled it, and I found products like hospital beds and wheelchairs. Is Facebook seriously saying people can’t sell wheelchairs and similar types of equipment for the disabled? Because that seems like a damn shame to me, and I can’t imagine why it’s okay to sell a car but not a wheelchair. Facebook: start making more sense, please. On the upside, there are definitely listings for that stuff on Craigslist, but … again, isn’t that who Marketplace wants to compete against here?

Since Facebook already made waves by laying off the staff whose job it was to oversee the “Trending Topics” sidebar, I’m sure they’re not excited to hire a new staff for another controversial oversight job, but they’re going to have to if they plan to outlaw this many types of products on the Marketplace. Regardless, it sounds like if you’re planning to sell anything more exciting than a couch, you may as well head back over to Craigslist, because that’s where all the good stuff is. And the illegal stuff. But also some good stuff.